Home | Where we work | France

The Aga Khan Development Network has for decades partnered with the French government and numerous French organisations on its activities in social (education and health), cultural and economic development.

The Network is institutionally present in France through the French Delegation of the Aga Khan Development Network Foundation, a non-profit foundation having its seat in Geneva.

In recent years, entities of the AKDN have worked with Agence Française de Développement (AFD), Proparco and other French organisations on a number of development related projects in various sectors.

In the health sector, these projects have included the building of the Heart and Cancer Centre of the Aga Khan University Hospital in Nairobi, both financial and technical human resources support for the French Medical Institute for Mothers and Children in Kabul and the launching of an US$ 80 million programme to improve health facilities in Tanzania.

In the sector of infrastructure, these projects have included the building of the Bujagali Dam which today provides almost half of the electricity in Uganda, as well as the establishment of Roshan, the first mobile telephony provider in Afghanistan.

Other AKDN projects which have benefitted from the support of these French partners are in the education, tourism promotion, financial services and the economic development fields.

In the field of culture, artefacts from the collection of the Aga Khan Museum were displayed at Paris’ Louvre Museum for a period of time, and the two museums continue to collaborate on a number of projects. The Aga Khan Music Initiative has also brought a number of world-class musicians to Paris to perform as part of their various performance programmes. His Highness the Aga Khan has been recognised by France in consequence of his contribution to cultural development programmes in France and throughout the world, a majority of which were implemented by the agencies of the Aga Khan Development Network.

On a personal basis, His Highness the Aga Khan is the Founder and President of the Fondation pour la sauvegarde et le développement du Domaine de Chantilly, of which he is also one of the main patrons and donors. His Highness the Aga Khan was made a Commander of the Legion of Honour (1990), a Member of Academie des Beaux Arts (2008), one of France's oldest Academies, and a Commander of the Order or Arts and Letters (2010). 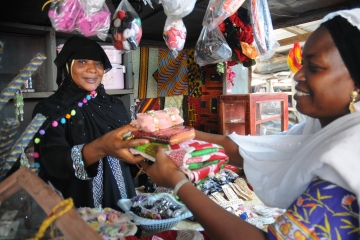