The Aga Khan Fund for Economic Development (AKFED), which works to strengthen the role of the private sector in developing countries by promoting entrepreneurial activity and supporting private sector initiatives, has several projects in Uganda.  Its sister agency, the Aga Khan Foundation (AKF), is addressing poverty alleviation in the more remote, rural districts of the West Nile region, by facilitating financial literacy training and supporting savings groups for communities that have very limited access to formal financial services.

To encourage the creation of strong and efficient capital markets and provide essential financial services, AKFED provides an institutional umbrella for banks and insurance companies in eastern Africa, Central Asia and South Asia. As parts of AKFED, these project companies work on a commercial basis, but all profits are reinvested in further development. Diamond Trust Bank (DTB), which was founded in the 1940s, offers retail and commerical banking services in Kenya, Tanzania, Uganda and Burundi via a network of over 110 branches. Photo: DTB offices in Kampala, Uganda.
AKDN / Zahur Ramji
Related Information
AKFED: Financial Services
Financial Services

Originally established in the 1930s and 1940s (and reincorporated in 1992), the Jubilee Insurance Company of Uganda Limited (JICU) was set up to promote entrepreneurship and provide much-needed social safety nets.  Diamond Trust Bank was also founded in the 1940s to help recycle local savings into loans for home building and small businesses.

Today, JICU offers general and medical insurance, while Jubilee Life Insurance Company of Uganda Ltd offers life and pensions insurance policies.  JICU is now the largest and leading insurer in the country, and is listed on the Uganda Securities Exchange (USE).  Diamond Trust Bank operates today as a regional bank with branches in Burundi, Kenya, Tanzania and Uganda, offering a range of retail banking products.  Diamond Trust Bank has over 35 branches in Uganda.
icon 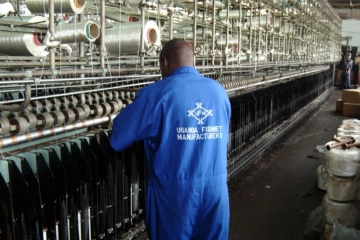 The lack of a steady electricity supply has hampered economic growth. With the addition of Bujagali hydropower to the grid, the steady supply of power allows businesses of all sizes to extend their service hours, expand their operations and attract investment.
AKDN
Related Information
AKFED: Industrial Promotion Services
Publication: WENRECo case study
Publication: Hydropower for Uganda
Industrial Promotion Services

Industrial Promotion Services (IPS), which was set up in 1963 to encourage and expand private enterprise in countries in sub-Saharan Africa and South Asia, operates several infrastructure projects, including a large-scale hydro-power plant, as well as a number of key industries in Uganda.

The flagship of IPS’s infrastructure investments in East Africa is the US$900 million Bujagali hydropower plant located on the River Nile.  With a capacity of 250 MW, the Bujagali hydropower plant has doubled Uganda’s effective generation capacity and is currently providing 50% of the country’s electricity.  In the past, frequent load-shedding or electricity blackouts were estimated to account for a 1-1.5 percent loss to Uganda’s GDP, thereby slowing the country’s economic development.  With this significant increase in generation capacity, the project has virtually eliminated load-shedding and replaced emergency thermal generation.  Access to reliable, more affordable and cleaner power has not only improved the investment climate across the country and the region, but also led to overall improvements in the quality of life.

Established through a public-private partnership model between the Government of Uganda and a consortium led by the Aga Khan Fund for Economic Development (AKFED) and Blackstone affiliates, the Bujagali Hydropower Plant has created jobs for Ugandan workers, improved community services such as the provision of clean water supplies, education and health facilities in nearby villages, micro-credit funds available to surrounding rural populations and other enhancements to local infrastructure.

Bujagali Energy Limited is a special-purpose company in which IPS, which is part of AKFED, is the leading promoter, and Sithe Global Power is a major shareholder.  Other project partners include the Government of Uganda, the International Finance Corporation, the African Development Bank, the European Investment Bank, PROPARCO (France) and DEG (Germany).  Bujagali is one of the largest independent power plants in sub-Saharan Africa.

The West Nile Rural Electrification Company (WENRECo), another AKFED project, supplies electricity to the West Nile region.  Commissioned in 2012, the 3.5MW River Nyagak mini hydroelectric plant now provides a renewable source of energy in an area where only one percent of the rural population of 1.4 million previously had access to electricity.  A first of its kind, the project was also the first in Africa to qualify under the World Bank-administered Prototype Carbon Fund, which generates funds for sustainable development through the purchase of project-based greenhouse gas emission reductions that are consistent with the Kyoto Protocol, the framework of Joint Implementation (JI) and the Clean Development Mechanism (CDM).

Supported by the Government of Uganda, German development institutions and the World Bank, the West Nile project provides an attractive model for rural electrification not only in Uganda but for Africa more broadly.  A steady supply of electricity has already had an impact on the functioning of hospitals and schools, as well as on the growth of entrepreneurial activity in general and in basic agro-based industries in particular.

IPS has also made investments in several key industries, including Kampala Pharmaceutical Industries Ltd. (KPI), which is one of the largest manufacturers of pharmaceutical drugs in Uganda.  It offers medicines in a range of therapeutic areas with a special emphasis on malaria.  The company manufactures a range of over 70 registered products in Uganda, and also exports to Kenya, Rwanda, southern Sudan, and DRC.

Another IPS investment, Uganda Fishnet Manufacturers Ltd. (UFM) provides a locally manufactured supply of quality fishnets, an essential product for one of Uganda’s most significant export industries.  Fishnets are produced in a manner that is consistently compliant with local, and international standards, thus promoting sustainable fishing practices.

Privatised in 1995, Leather Industries Uganda Ltd. (LIU) is a benchmark of environmental responsibility for other tanneries in the region, having adopted multiple environmentally friendly technologies, such as chromium recovery and a recycling plant.  Leather Industries Uganda produces mainly wet blue for the export market, given that Ugandan hides and skins are naturally of high quality and texture. 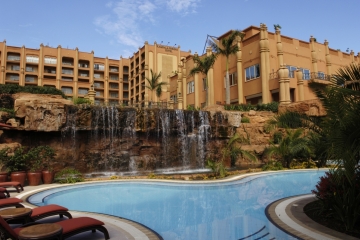 Serena hotels, lodges and resorts contribute to the local economy through the training of skilled manpower, the reinvigoration of artisans and craft industries, and through sensitive conservation or development of the surrounding area.  This includes placing priority on the hiring and training of local residents for employment at all levels within the organisation.

The Kampala Serena Hotel opened its doors to the public on 31st July 2006.  Incorporating local materials and African art and design, the hotel is one of the largest employers in the country with 541 staff, 98 percent of whom are Ugandan nationals while the remaining two percent are East African.

The Lake Victoria Serena Golf Resort and Spa is located on the shores of Africa’s largest fresh water lakes.  This tranquil resort, which directly employs 285 Ugandans, has been positioned to offer both a contrast and an extension to the five-star profile of the flagship Kampala Serena Hotel.  The Lake Victoria Serena includes a golf course and a marina. 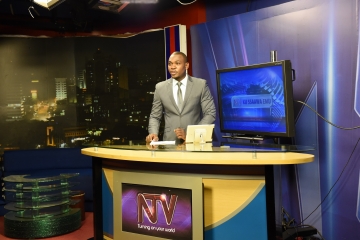 The Nation Media Group, founded in Kenya in 1960, acquired Monitor Publications Limited in 2001.  Headquartered in Kampala, the Daily Monitor, Uganda’s only independent daily, was established in 1992 and has since grown into a multimedia group with offices across the country.

In addition to publishing the Daily and Sunday Monitor, Monitor Publications Limited also operates two FM radio stations, 93.3 KFM-Kampala and Dembe FM.  The Nation Media Group’s regional publication, The East African, also has a bureau in Kampala and significant circulation in Uganda.  In 2006, the Nation Media Group launched NTV to provide high-quality television programming and comprehensive news coverage to impact positively on the local society through information, knowledge and entertainment. NTV is Uganda’s leading TV station and airs across the country as a free-to-air channel, living up to its slogan “Turning on your world”.  In 2015 NTV launched Spark TV, a local language channel focusing on women and encouraging female empowerment, entrepreneurship and development through better access to relevant information and progressive female role models.
icon 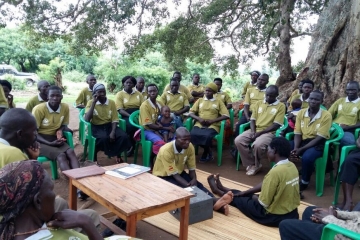 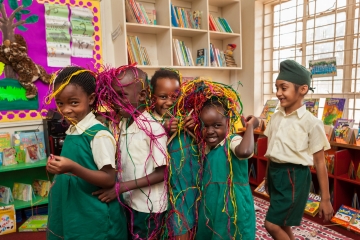