Home | What we do | Infrastructure development

By providing technical expertise and financial means, the AKDN has been bringing the benefits of public works to poor areas for over 50 years.  These efforts have encompassed the construction of small-scale infrastructure, but they also include bigger projects − such as large-scale power-generating plants and nationwide telecommunications − designed to overcome specific impediments to national progress.

The infrastructure projects, both small and large, include systems for potable water and irrigation; sanitation systems that improve health; roads and bridges that provide access to markets; hydroelectric plants that light homes and provide power for industry; and mobile phone networks that have helped restore national telecommunications.  Today, they are often vital components of the overall quality of life.

AKF’s rural support programmes have made significant investments in micro, small and medium infrastructure that often complement the AKDN’s health and education initiatives, including irrigation canals, mini-hydropower plants, roads and bridges.  These investments are intended to unlock the economic potential of often seriously isolated communities and regions in which AKF works.  Highlights include: Support for more than 3,800 infrastructure projects that benefit nearly 1.2 million people in Pakistan; 5 bridges that connect Tajikistan and Afghanistan; and more than 1,800 infrastructure projects in Afghanistan.

AKAH brings together a number of activities focused on preparing for both sudden and slow-onset disasters. Building water and sanitation systems, for example, helps mitigate the risk of water-borne disease or other threats increasingly posed by natural disasters and climate change.  AKAH priority areas include Afghanistan, Pakistan, Tajikistan, the Kyrgyz Republic and India.

AKFED project companies have investments in infrastructure that encompass power generation (Azito Power in Cote d’Ivoire; Tsavo Power in Kenya; Pamir Energy in Tajikistan; and the Bujagali hydropower plant and West Nile electrification project in Uganda); and telecommunications (Roshan in Afghanistan; Indigo in Tajikistan; SMART in Tanzania, Uganda and Burundi). 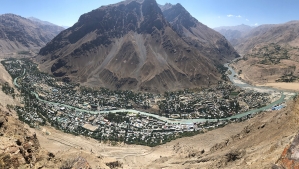 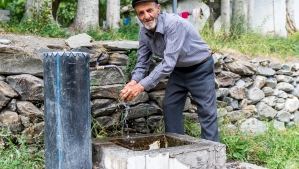 Infrastructure project during COVID-19 fosters community spirit and resilience in Tajikistan
Eastern Tajikistan, with its mountainous landscape and vulnerability to natural hazards, is home to some of the most marginalised communities in Central Asia. The need for critical infrastructure as well as opportunities to improve socio-economic conditions are essential -- and in high demand. More 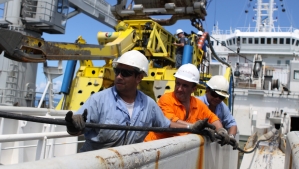 Bandwidth for Africa
To lower the costs and boost the speeds of internet services in East Africa, AKDN invested in Seacom, which deployed a subsea fibre optic network connecting South and East Africa to Europe and Southern Asia. More
hide 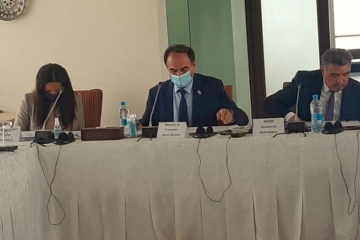 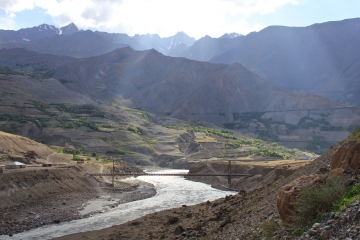 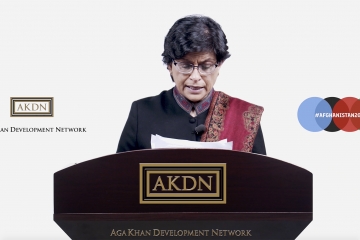 Infrastructure development AT A GLANCE

10 million
Each year, in collaboration with its partners, the AKDN generates electricity for 10 million people who were previously without reliable energy supplies.
Industrial Promotion Services (IPS)