In 2005, the Aga Khan Foundation (AKF) launched an integrated rural development project in the Sofia region, with the objective of doubling rice yields by training groups of farmers on alternative rice cultivation practices.  To support these efforts, the Premiere Agence de Microfinance (PAMF) was established in 2006. PAMF works closely with AKF to provide financial services in Sofia, operating in both the rural areas and small cities.  It has expanded to 13 branches, including outside Sofia.

Madagascar’s $10 billion GDP is largely driven by extractive industries, agro-industry, banks, transport, livestock and fisheries.  Even though the island nation has restored political stability since successful elections in 2014, the economic situation remains challenging with critical infrastructure gaps and relatively slow GDP growth.  Madagascar remains one of the poorest countries in Africa with over 75 percent of its population living below the national poverty line.

Madagascar's microfinance sector was established in 1990.  It began to experience rapid growth in the past decade, with more than 30 players that reach about a quarter of the population.  It is a critical segment of the financial landscape and is seen as a vehicle to help eradicate extreme poverty, particularly as the banking sector only reaches an estimated 3 percent of the nation’s 24 million people, the majority of whom still depend on informal moneylenders who impose excessive interest rates.

PAMF works closely with the Aga Khan Foundation (AKF) to provide financial services in Sofia, operating in both rural areas and small cities.  It has expanded to 13 branches, including outside Sofia. While 70 percent of PAMF’s borrowers live in rural areas, PAMF has diversified in different geographic areas and economic sectors, such as the urban areas of the Analamanga region, and cities such as Majunga in Boeny, where it is focused on small traders and artisans.  In 2011, PAMF started offering SME loans.  PAMF’s goal is to reach the most vulnerable in society who live in isolated areas.  As part of its commitment to the country, PAMF worked with the Grameen Foundation to develop the first Progress Out of Poverty (PPI) scorecard for Madagascar, a tool widely used in microfinance to measure poverty outreach.

As well as loans to groups for rice and vegetable production and small equipment, and group savings accounts, PAMF offers loans for warehousing and inventory credit in its own granaries or in borrowers’ own or village granaries.  As part of PAMF’s digital financial services strategy, PAMF is working on technical solutions to offer mobile banking, which would be a new delivery channel for the institution. 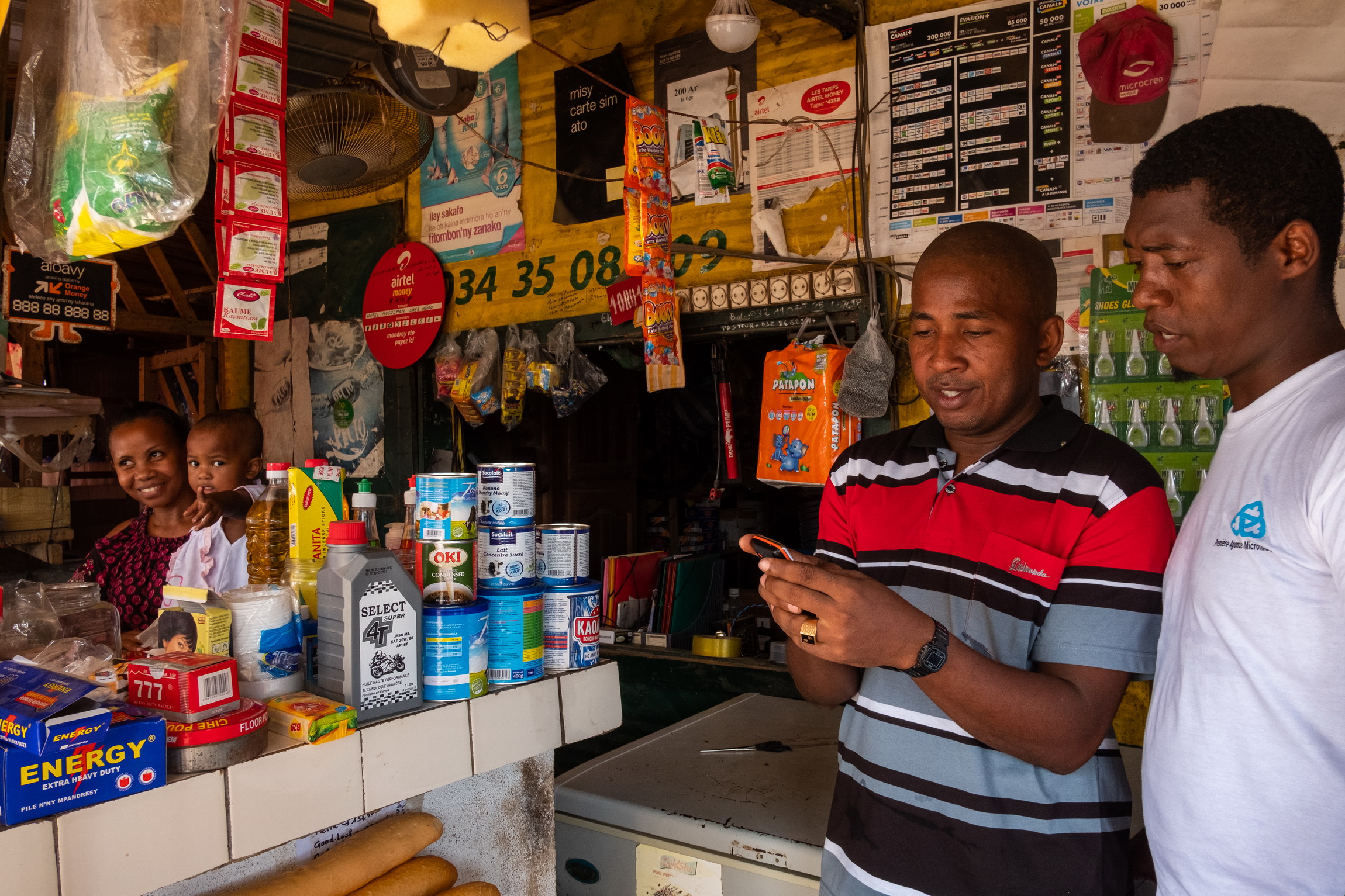 In the northern region of Diana, Madagascar, Karimo Angelo Abdallah has been a client of La Première Agence de MicroFinance (PAMF) since 2015. PAMF loans have helped him expand and improve his small businesses, and as a result, provide a better quality of life for his family. Karimo tells his loan officer that using M-Kajy – a new digital credit and savings service co-launched by PAMF and Orange Money – makes banking safer, easier and more reliable.
Copyright:
AKDN / Lucas Cuervo Moura 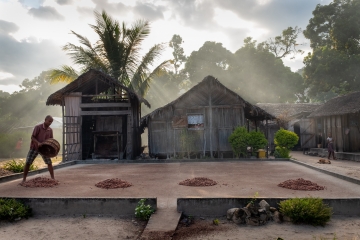