Afghanistan is highly prone to multiple natural disasters including earthquakes, landslides, flooding and avalanches.  Earthquakes occur frequently, particularly in the mountainous north and north-eastern areas of the country, and often trigger landslides.  Floods are common in the spring when snow begins to melt and rainfall is heavy.  Many of the communities at risk are located in remote areas, and disaster relief efforts are made more difficult by the volatile security situation.  The Aga Khan Agency for Habitat (AKAH) - formerly Focus Humanitarian Assistance - has been active in Afghanistan since 1996, when it was set up to respond to the acute food shortages caused by the ongoing conflict.

Emergency Management teams train to respond to disasters while conducting hazard and risk assessments.  They also work to improve risk anticipation through the establishment of Early Warning Systems.  AKAH has so far trained tens of thousands of volunteers for disaster response and management across Central and South Asia.

The Aga Khan Agency for Habitat (AKAH) gradually took on a larger role to facilitate development work in the border areas of the remote mountainous province of Badakhshan.  Gradually, it expanded its mandate, and began to assist refugees and internally displaced people to resettle and re-establish their livelihoods through the provision of shelter and vocational training programmes.

It has also supplied emergency food.  In 2016, it delivered vital food supplies provided by the United Nations World Food Programme (WFP) to 327 households in the Wakhan Corridor of Afghanistan, who have suffered severe food shortages during recent months.  Villagers in the districts of Big and Small Pamirs, located in Afghanistan’s remote Badakhshan province, received the WFP food packages including wheat flour, vegetable oil, pulses, salt and high-energy biscuits - enough to feed the entire population of these districts for two months. 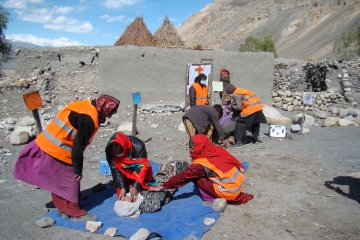 Since its establishment 20 years ago, the Aga Khan Agency for Habitat (AKAH) in coordination with the Government of Afghanistan, and other international organisations has responded to hundreds of incidents and natural disasters.  Disaster preparedness is a key component of its work, and the organisation works on community-based preparedness projects to improve the capacity and coping mechanisms of communities to respond to natural disasters.

Through the years, AKAH has further strengthened its response capacity by establishing, training and equipping disaster response teams through working with focal points in villages and schools in the region.  Over the last five years AKAH has responded to 121 incidents, and has assisted 46,491 individuals.  Major accomplishments of AKAH in disaster response and preparedness include:
icon 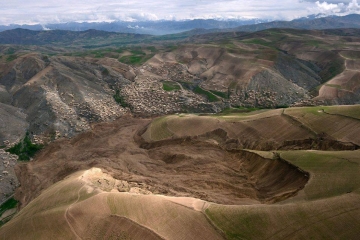 The Aga Khan Agency for Habitat (AKAH) is a key response agency in the northern provinces of Afghanistan, and has strong technical expertise in disaster assessment.  AKAH sends technical teams to conduct assessments after disasters, and shares these assessments with the government and other stakeholders.  AKAH is able to respond effectively to small-scale disasters through emergency response teams that are established at the community level.

AKAH leverages its logistical capacity and institutional reach through the AKDN to distribute food and non-food items to affected communities, particularly in remote and inaccessible areas, on behalf of partner organisations.  Examples of recent disaster responses include:
icon 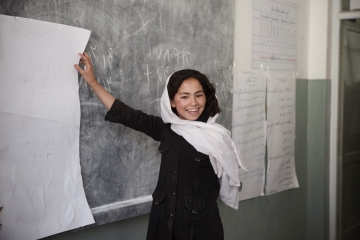