Independent voices are critical to the wellbeing of any society.  To that end, Kenya’s Taifa and Nation newspapers were set up while His Highness the Aga Khan was still a student at Harvard.  The Aga Khan felt that honest and independent newspapers would be a crucial contribution to East Africa's peaceful transition to democracy.  In 2015, the Aga Khan University also launched the Graduate School of Media and Communications to educate media leaders from across Africa.

Now majority-owned and run by Kenyans, the Nation Media Group has become the largest independent media house in East and Central Africa. Its operations include a growing number of English and Kiswahili national newspapers, a regional weekly, and radio and television stations.

The Sunday Nation and Daily Nation were launched in 1960 and “quickly established a reputation for honesty and fair-mindedness, while shocking the colonial and settler establishment by calling for the release of the man who could become the nation's first prime minister, Jomo Kenyatta,” according to Birth of a Nation, a book published on the 50th anniversary of the paper.  The reputation for fair-mindedness and independence continues to this day.

In addition to providing an essential independent voice, the Group also contributes to Kenya’s national life in a number of other ways.  Its employees have been involved in campaigns that have helped plant over one million trees and restore Kenya’s forest cover.  It has been involved in the delivery of education to remote villages in innovative ways.  It has also been a part of Kenya’s economic development as it has invested and expanded.  In 2016, it installed a state-of-the-art printing plant, representing another large investment in the country.  It has also been quoted on the Nairobi Stock Exchange since the early 1970s.

Launched in 2015, the Aga Khan University Graduate School of Media and Communications (GSMC) provides training and advanced education for journalists, communicators, media executives and entrepreneurs in East Africa and beyond.  It is dedicated to educating media leaders – and fostering media institutions – who will advance the highest standards of competence, ethics, professionalism and social responsibility in their industry.  Its broader aim is to ensure a vibrant, independent and plural media sector in the region. 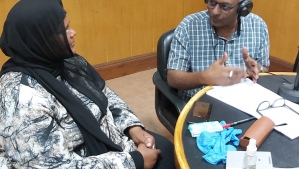 Fighting the “Infodemic” with radio in Egypt
As the COVID-19 epidemic spreads across the world, the need to have access to reliable resources of information has only increased. In the southern Egyptian city of Aswan, radio and social media were used to reach target populations. More 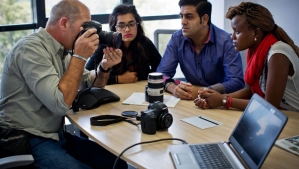 Graduate School of Media and Communications
The model is learning-by-doing at the side of the best in the business. GSMC’s “just in time” faculty, brought in (sometimes digitally) from North America, Europe and Africa, will rival those of the world’s best universities. More 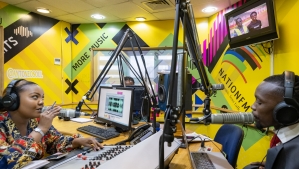