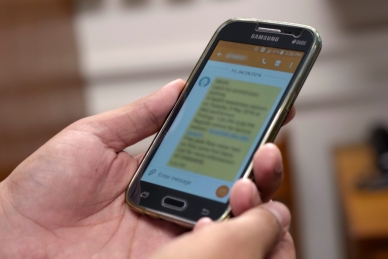 Vascular diseases result in high morbidity and mortality rates, especially in low- and middle-income countries. Pakistan has one of the lowest rates of overall literacy in the world, which means that lack of health literacy poses a major challenge. Furthermore, many patients often do not understand or follow health prescriptions, which are written in English as opposed to the local language, Urdu.

The system operates on two types of applications, integrated with each other: desktop-based imaging application, which digitises the prescriptions and the web-based medical record application, which registers patients, stores patients’ pharmacy data and communicates with other messaging servers. The system also has a messaging and voice server, which allows storage and binding of audio files.

The IVR is tailored to patients’ respective prescriptions. Patients can call the hospital at any time and receive information on their dosage, possible side effects and why they should take their medications.

The project initiated in July 2014 while pilot testing was completed in December 2015. During 2016, data analysis and reporting was concluded with early favourable results. A larger, multicentre trial is planned for Bolta Parcha.