Home | What we do | Enterprise development

The Aga Khan Development Network seeks to create economically sound and viable enterprises, both in small or remote villages and in big cities

The Aga Khan Development Network (AKDN) programmes have worked across the spectrum, both for the benefit of poultry farmers in Afghanistan and the creation of large-scale hydroelectric plants in Uganda that provide half the nation’s electricity.  It is guided by its own experience in husbanding companies and institutions, which have now grown into large institutions, taking their place on the stock exchanges of developing countries. Many of those large institutions began as entities that were run by a few people. AKDN also works to build many of the characteristics of healthy, robust economies, including employable skills, support for small and medium sized companies and savings and credit programmes that increase financial inclusion, among others.

More
The Aga Khan Foundation (AKF), for example, works not only to bring prosperity to a region, but it also puts into place the means to do so, building roads, bridges and markets. Its “Accelerate Prosperity” programme promotes entrepreneurship, placing emphasis on women and youth entrepreneurship, and the growth of start-up and early stage businesses. It also focuses on skills development in vocational and technical trades.

The Aga Khan Agency for Microfinance (AKAM) supports these efforts by providing finance to, among other things, entrepreneurs and small and medium-sized companies. Its ultimate aim, of course, is to support entrepreneurs create the means for expanding their businesses and becoming a part of the productive infrastructure of a nation.

The Aga Khan Fund for Economic Development, which works with other AKDN agencies and  often collaborates with local and international development partners, works to create and operate companies that provide goods and services essential to economic development. These range from banking to electric power, agricultural processing, hotels, airlines and telecommunications. AKFED takes a long-term view in order to build viable, self-sustaining and profitable companies.

In all of these approaches, there is an emphasis on the development of local human resources over time, whether in remote and impoverished villages or in major cities in the developing world. 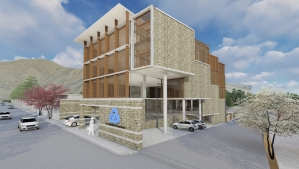 Managing greenhouse gas emissions
In Gilgit, a mountain town situated in a valley of the Karakorum Range in Northern Pakistan, the Aga Khan Agency for Habitat is working with the First Microfinance Bank Pakistan to build a green building to house the bank’s new Regional Headquarters. The building will benefit from a range of... More 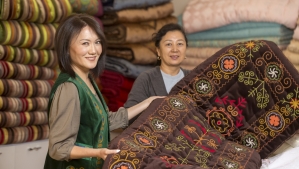 FMFC is the First Financial Partner of EBRD Women in Business Programme
The First MicroFinance Company (FMFC) in the Kyrgyz Republic has become the first financial institution in the country to join the European Bank for Reconstruction and Development (EBRD)’s Women in Business programme in Central Asia. The programme supports women’s entrepreneurship in the Kyrgyz... More 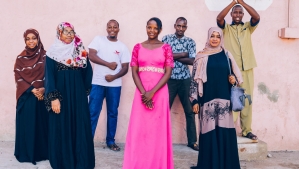 Creating hope in Kenya
With the support of the European Union, the Aga Khan Foundation is working with Islamic Relief Kenya and the newly established National Council for Nomadic Education in Kenya to tackle the complex array of problems faced by youth in Lamu, Garrissa and Mandera counties. More
hide hide
hide hide