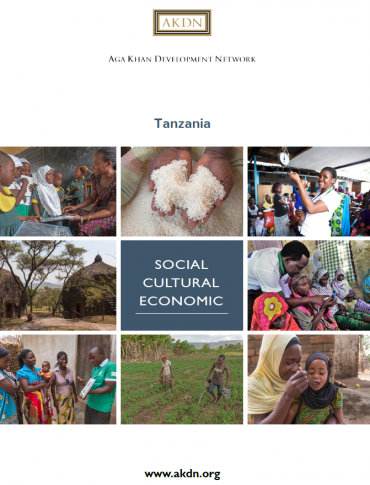 For more than a century, the Aga Khan Development Network (AKDN) has been contributing to poverty alleviation, education, health care, economic development and cultural restoration in Tanzania, both on the mainland and in Zanzibar.

Over 54,000 smallholder farmers in Mtwara and Lindi have improved their productivity and income by at least 100 percent. Over 120,000 women and men participate in community-based savings groups, saving over US$ 2.4 million annually.

More than 150,000 children are benefiting from quality pre-primary and primary education, and over 28,000 women and children have improved health and nutrition practices. AKDN hospitals and clinics provide over 460,000 outpatient visits annually, including nearly 1.2 million lab tests. The Aga Khan Fund for Economic Development operates project companies ranging from insurance companies to agro-processing; in 2007, it helped launched SEACOM, the under-sea cable, which provides Internet connectivity to many East and West African countries, including Tanzania.