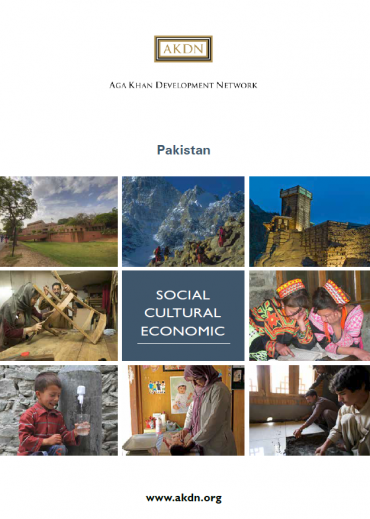 Often better known through its component parts – such as the Aga Khan University (AKU) in Karachi and the Aga Khan Trust for Culture (AKTC) in Lahore – the Aga Khan Development Network (AKDN) actually provides a broad range of services in Pakistan – and has been doing so for over 110 years.

It set up its first non-profit school in 1905 in Gwadar, Baluchistan. Today, through the 156 schools of the Aga Khan Education Services (AKES) and through the teacher training and school improvement programmes of the AKU and the Aga Khan Foundation (AKF), it has reached tens of thousands of teachers and millions of students. It has provided the nation with thousands of doctors, nurses and midwives.

The AKDN also operates an array of medical facilities that provide quality healthcare services to 1.8 million people a year throughout Pakistan. It has also planted over 39 million trees – much of it for fuel, fodder and construction. It has built smoke-free stoves that reduce respiratory ailments and simultaneously cut fuelwood consumption by 50%. It provides electricity to about 40,000 households through 333 micro-hydroelectric projects. It has prepared communities for disasters through 172 community emergency response teams and 36,000 trained volunteers. It has created safe, prize-winning drinking water and sanitation facilities for over 500,000 people. It provides financial services for millions of Pakistanis. At the same time, it has worked on revitalising Pakistan’s rich heritage by restoring over 170 historic settlements, forts, monuments, buildings and spaces, ranging from the Lahore Fort in Lahore to the Khaplu Village and Palace in Baltistan.

In all of its endeavours, the AKDN has tried to create a critical mass of integrated development activities that offer people in a given area not only a rise in income, but also a broad, sustained improvement in the overall quality of life. It encourages self-reliance and a long-term view of development. In fact, many areas that received AKDN support in the past have well-educated communities that are now masters of their own development, building their own schools and health centres and taking other measures to care for themselves and those less fortunate.