As part of the 16th edition of the Spring of Culture Festival in Bahrain, the Aga Khan Master Musicians – six venerated artists who perform on the world’s most prestigious stages while also serving as preeminent teachers, curators and mentors through the Aga Khan Music Programme (AKMP) – were engaged by Bahrain’s Authority for Culture and Antiquities (BACA) for a six-day residency consisting of participatory music-making workshops for high school students, masterclasses with local musicians and a public concert.

BACA is under the direction of Sheikha Mai bint Mohammed Al-Khalifa and has a broad mandate to promote Bahraini culture as well as activate the role of culture in social and economic development by hosting a wide range of global cultural activities. 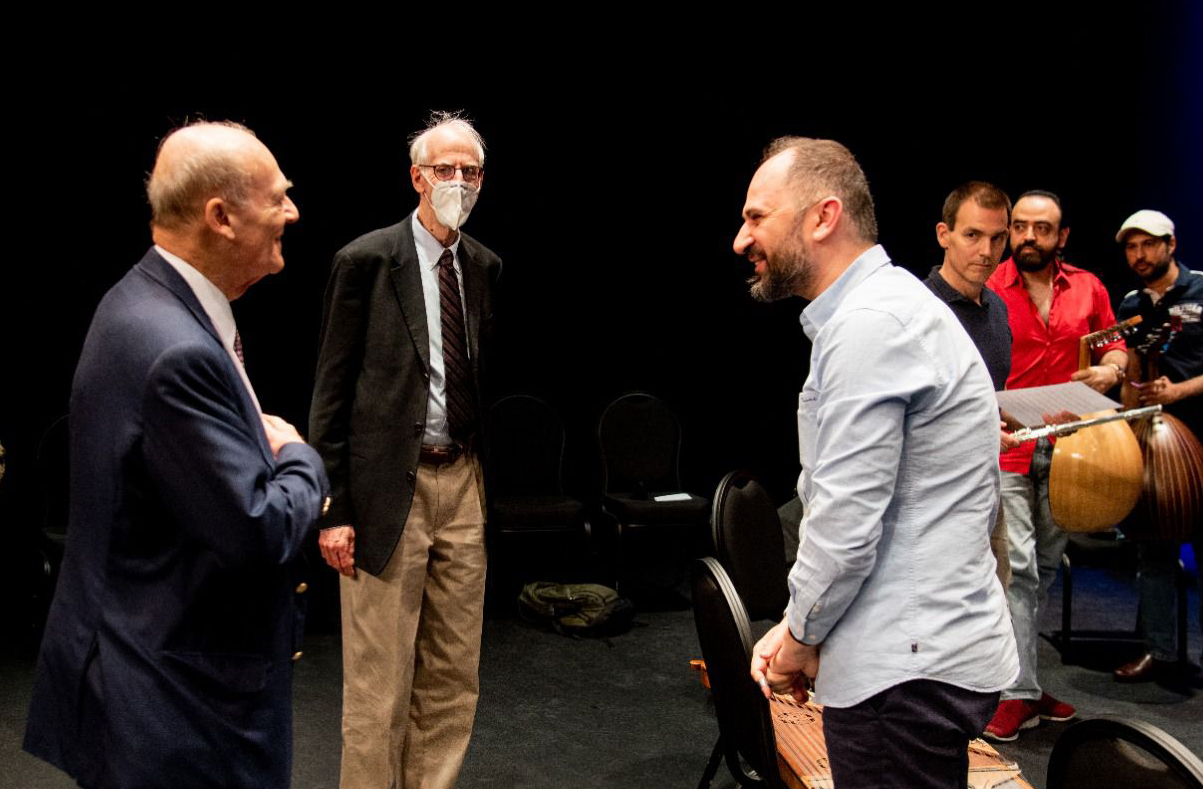 This engagement was viewed by BACA and AKMP as an opportunity to establish a long-term collaboration for arts and music education. All events were held in the well-equipped 670-seat Cultural Hall of the Bahrain Arts Center in Manama.

Besides a series of classes for high school students, the Aga Khan Master Musicians held two workshops for professional musicians. Participants in the two lecture-demo-workshops were a mix of local and international music students whose skills ranged from intermediary to advanced, creating a challenging but interesting situation for collective music-making.

The masterclass with local musicians drew a large, eclectic group of artists who, like the students, ranged from beginners to advanced players. Six of these musicians – two oud players and four percussionists – joined the Aga Khan Master Musicians for a spirited performance in a concert given on the last evening of the residency, in the presence of Sheikha Mai, Prince Amyn Aga Khan and Bahraini dignitaries.

The generous and enthusiastic hospitality of the Authority for Culture and Antiquities left a strongly positive impression on the Aga Khan Master Musicians. This positive assessment was reciprocated by AKMP’s Bahraini partners, and both sides look forward to building on the relationship that was initiated with this visit. 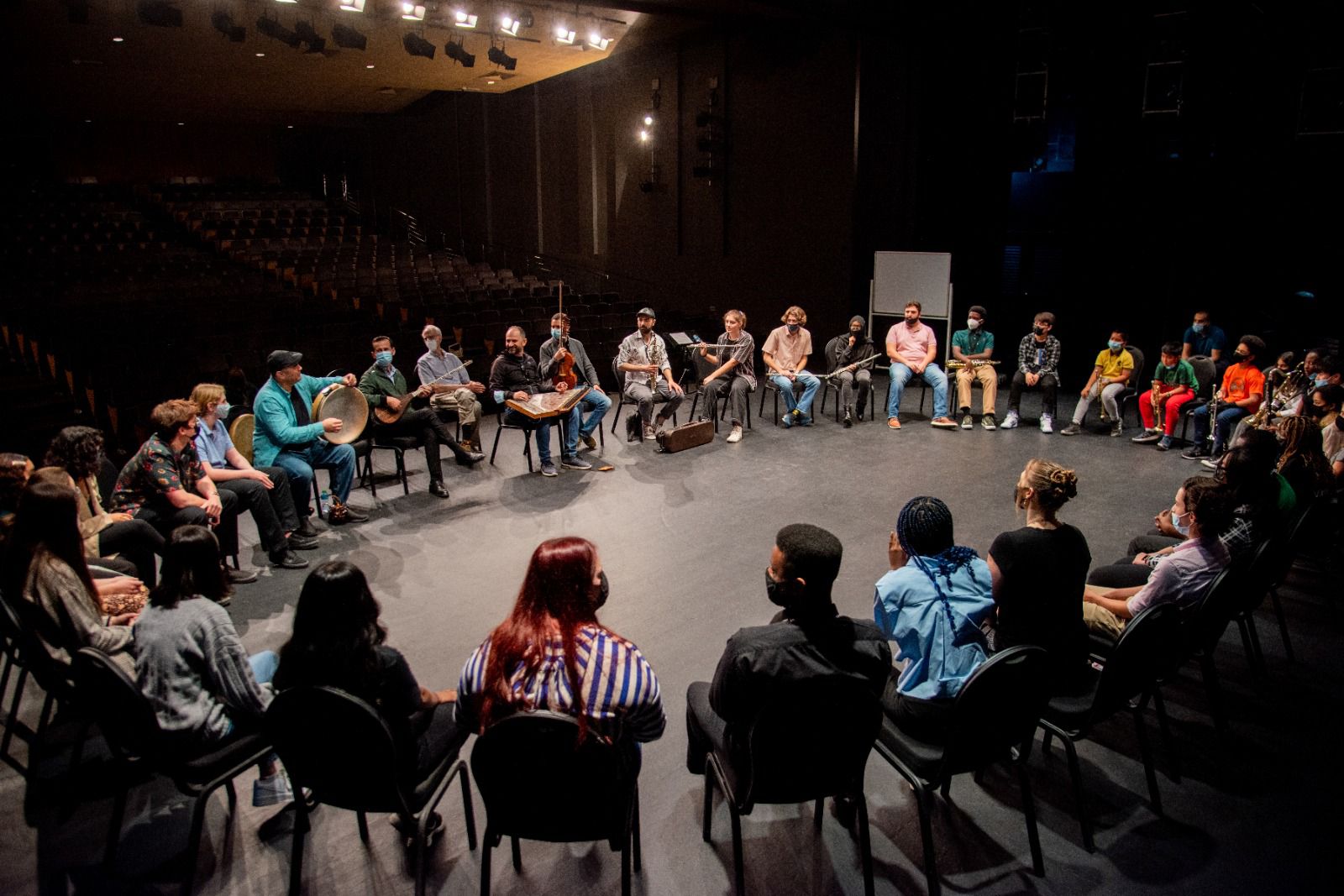 Musicians of varying skill levels participated in the workshops and masterclasses.
Copyright:
AKDN

The Spring of Culture is an annual festival that takes place throughout February and April in the Kingdom of Bahrain and was initiated in 2006. 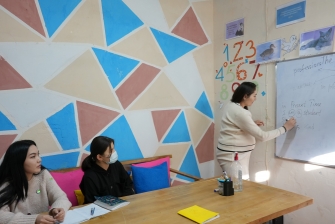