The immunisation rate in Pakistan’s Sindh province declined from 37 percent in 2006-2007 to 29 percent in 2012-2013, despite a large number of vaccinators employed under the immunisation programme. Lack of transparency, accountability and effective monitoring by the government, insufficient visits to villages by vaccinators and inadequate efforts at creating routine immunisation awareness are factors contributing to declining rates.

In 2015, the Aga Khan University (AKU) in collaboration with the Sindh government’s Expanded Programme on Immunisation conducted a research project titled, “Improving Routine Immunisation Coverage through Health Systems Strengthening” to help boost routine immunisation coverage in the Tando Mohammad Khan (TMK) district of the Sindh province. AKDN dHRC supported the project by designing, developing and implementing Teeko, an Android-based application and a web portal, to assist with vaccinator and immunisation tracking and monitoring. Teeko, meaning vaccination in the local language, provides real-time data on a vaccinator’s field movements through GPS tracking and on the number of children being immunised.

The application enables vaccinators to check vaccine stock availability at their respective health facilities through the app. A GPS tracking system is built into the web portal, which allows district health officers and supervisory staff to remotely monitor vaccinators’ activities and movements. The portal keeps a record of registered children’s vaccinations and routine immunisation coverage reports. The portal’s SMS panel was used to send text messages to parents of registered children about upcoming vaccinations while vaccinators and lady health workers were informed about meetings and schedules. Additionally, immunisation-related SMS and health awareness sessions were also administered, which helped raise awareness in the community on the importance of routine immunisations.

The research project was aimed to strengthen immunisation programme through increased transparency, accountability and monitoring. The application was tested in the field and the intervention was well-received by the end-users in TMK.

Over the course of the project, Teeko was able to improve vaccination coverage by three-fold, from 12% to 44% for PCV-10 and from 24% to 44% for Penta. It helped monitor 26 vaccinators and 400 lady health workers in TMK. Through the app, over 30,000 children were registered while 147,627 vaccinations were administered. Funded by GAVI, the project initiated in January 2015 and concluded in 2017. The mHealth component of the project, led by AKDN dHRC, began in October 2015 and was implemented over a period of 15 months. Recognising its results, the Sindh government adopted the source code for Teeko, free of cost, for province-wide scale-up.

In 2017, the Teeko app won the top prize for the Innovation in Preventive Care category at the Innovating Care Asia Pacific (ICAP) Awards held in Kuala Lumpur on 30 September 2017. 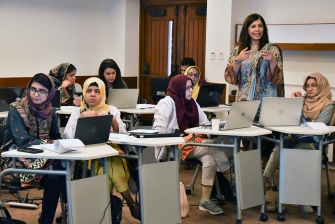 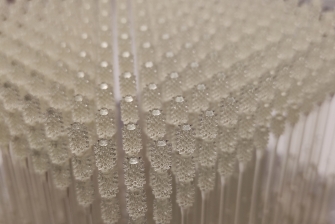