People began gathering in mid-morning after the men and women had finished their early morning chores. The entire village of Kalan Guzar turned out for the meeting, which was held in a big compound next to the school and the clinic. The men and boys, wearing woollen hats and turbans, sat cross-legged on carpets spread on the ground. The women and girls sat on a raised area just behind them – little girls, mothers and grandmothers, some completely veiled, others wearing simple headscarfs. Beyond the compound walls, the morning sun illuminated the barren purple crags of the mountains, which hem in this narrow valley of the central Hindu Kush. In the other direction, a dusty path led down to the “Big Ford” across the Shikari River, after which Kalan Guzar is named.

Community development councils, or CDC’s, have been established throughout Afghanistan under the government’s National Solidarity Programme. The chief task of these democratically elected councils is to carry out small development projects approved by the community, with funding provided by a one-off government grant. The community is required to contribute at least 10 per cent of the cost of projects, in cash, materials or labour. AKDN’s Aga Khan Foundation supports 1,254 councils across five provinces of central and northeastern Afghanistan. For AKF, these councils represent an institutional basis for more effective governance, extending democratic control and accountability at the local level across rural Afghanistan, in line with government policies.

In Kalan Guzar, the council had been in charge of building a micro-hydroelectric unit, which now provides electric lighting for the 311 families of Kalan Guzar. It had also arranged a tailoring course for local women and girls. The new micro-hydroelectric generator produces a constant 21 kilowatts of electricity, enough to light three light bulbs per house round the clock for all the community’s families. A stretch of new canal brings water from a mountain stream to power the turbine generator, housed in a small brick building built into the steep bank where the canal discharges into the Shikari River. A local man trained to maintain the generator has been employed as a caretaker. His monthly wage of 3,000 afghanis (US$60) and other maintenance costs will be met from a user fee charged on the basis of electricity consumed.

The meeting gets underway, led by the social audit committee -- local representatives trained by AKF’s social organisers, who have spent the past several days checking the council’s receipts and financial accounts for both projects. They have prepared posters listing all the expenses and other relevant information, which are now hung on a wall where anyone can consult them.

First, there is a public reading of the accounts, with the council treasurer going through each list and calling out each of the expenses, from 54,000 afghanis (US$1080) for the generator motor and 3600 afghanis ($72) for gas, to 452 afghanis ($9) for photocopies and glue. Members of the social audit committee stood up to say that they had checked the accounts and receipts and verified that all was in order.

Then it was the turn of the beneficiaries to put their questions to the council and the social audit committee. One man in the front row stood up and asked, “You’re collecting 130 afghanis [US$2.75] every month for maintenance of the generator. That’s expensive. Why is it so much?”

The council chairman explained that the charge covered the costs of light bulbs distributed to each family as well as the costs of the engineer to repair the machinery.

“Where is the maintenance money kept?” asked another man. “Who is in charge of it?”

A young women stood up diffidently to ask about the tailoring training. “There’s cloth left over from the tailoring project. What will you do with this material?”

There was a murmur from the women’s section: “Yes, good question.”

“The material will be used in the next tailoring project,” said the chairman.

The treasurer replied that the council was trying to find more funds for further women’s projects.

The willingness of the women and even young girls to stand up and request answers from the grandees of the village is noteworthy in a country where women’s role in public life is normally very restricted. But for those who do not want to ask questions openly, anonymous written questions can be placed in a box carried around through the crowd. These questions were then read out and put to the council and the committee.

When the questioning was finished, there was a show of hands to see if all were satisfied with the answers they had received. Everyone was then asked to come to the stage to indicate on a map of the village whether their house was receiving a satisfactory supply of electricity.

With that the meeting was concluded and the crowd dispersed. In the space of two hours the entire community had been given a chance to give their views on important public projects which affected them all. In a final assessment, the social audit committee would then discuss the process and gave the council a rating on its performance. This rating is used to assess where the council needs to make improvements in its work.

As Afghanistan struggles to rebuild a society which can supply its people’s needs after years of conflict, one of the most widespread and persistent complaints is of corruption and the lack of accountability among the country’s leaders, at all levels. In the Afghan context, public accountability such as that required by these social audits is remarkable – and encouraging. Social audits are carried out only with the agreement of the council and the community, but the desire for fair play is so strong that only a handful of councils have refused to hold them. In some cases low-level corruption has been uncovered, and action has then been taken to remedy it.

AKF social organisers have now helped to carry out more than 300 social audits. A senior organiser in Doshi who has overseen some 140 audits says they are changing public attitudes. Community members are much more willing to contribute money and time to development projects when they can see that their money is being used properly and not going into someone else’s pocket. The councils meanwhile have become more efficient in their business dealings. Council members are more careful about their expenses and keeping receipts in order because they know they will be questioned.

These are valuable lessons, bringing tangible improvements to local governance. Furthermore, it is hoped that social audits will eventually begin to change attitudes higher up the government ladder as lessons learnt at the community level encourage people to expect the same accountability at regional and national levels. 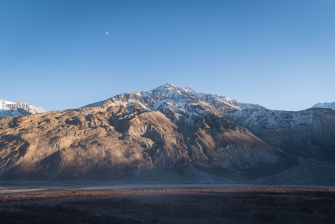