Despite modest progress, maternal and child undernutrition remains a major global health concern, particularly as recent gains may be offset by the COVID-19 pandemic.  Faculty from the Aga Khan University (AKU) were amongst the authors who reported on this subject in the latest Series on Maternal and Child Undernutrition Progress published by The Lancet on 8 March 2021.  The publication includes three new papers that build upon findings from the previous 2008 and 2013 Series, which established an evidence-based global agenda for tackling undernutrition over the past decade.

The Series found that the prevalence of childhood stunting rates fell in low-income countries from 47.1 percent to 36.6 percent from 2000 to 2015, but less so in middle-income countries where rates fell from 23.8 percent to 18.0 percent. Yet, the world is falling short of achieving the World Health Assembly Nutrition Target of reducing stunting by 50 percent by 2025.

By comparison, there was little progress in the percentage of children who are wasted in both middle- and low-income countries. A new finding also shows that nearly 5 percent of children are simultaneously affected by both stunting and wasting, a condition associated with a 4.8-times increase in mortality. The incidence of stunting and wasting is highest in the first six months of life, but also exists in part at birth. For maternal nutrition, although the prevalence of undernutrition (low body mass index) has fallen, anaemia and short stature remain very high.

The Series reiterates that previously highlighted interventions continue to be effective at reducing stunting, micronutrient deficiencies and child deaths, and emphasises the importance of delivering these nutrition interventions within the first 1,000 days of life. However, despite this evidence, programme delivery has lagged behind the science and further financing is needed to scale up proven interventions.

“Governments and donors must recommit to the unfinished agenda of maternal and child undernutrition with sustained and consistent financial commitments,” said Aga Khan University’s Professor Zulfiqar A. Bhutta, who also serves as the co-director at the Centre for Global Child Health at The Hospital For Sick Children in Toronto, Canada, and is the Series coordinator and senior author of the interventions paper. “Governments must expand coverage and improve quality of direct interventions –especially in the first 1,000 days; identify and address the immediate and underlying determinants of undernutrition through indirect interventions; build and sustain a political and regulatory environment for nutrition action; and invest in monitoring and learning systems at national and subnational levels.”

AKU faculty Professor Zulfiqar A. Bhutta and Dr Jai K. Das are senior and lead authors of two papers in the Series. They noted that Pakistan, like many developing countries, faces the challenge of the triple burden of malnutrition where stunted growth and deficiencies of essential nutrients are prevalent alongside a trend of rising overweight and obesity.

More than half of Pakistan’s population is food insecure and many essential nutritional interventions such as breastfeeding and complementary feeding indicators are far below the desired levels. Pakistan needs to reinvigorate its focus with a sustained viable strategy for ensuring improved health and nutrition for all to meet global targets in the near future, said Professor Bhutta and Dr Das.

“While there have been small improvements, specifically in middle-income countries, progress remains too slow on child wasting and stunting,” said Dr Victora of the International Center for Equity in Health, Federal University of Pelotas in Brazil. “The evidence also reinforces the need to focus on delivering interventions within the first 1,000 days, and to prioritise maternal nutrition for women’s own health as well as the health of their children.”

Since the 2013 Series, evidence for the efficacy of 10 recommended interventions has increased, along with evidence of newer interventions. New evidence strongly supports the use of preventive small-quantity lipid-based nutrient supplementation (SQ-LNS) for reducing childhood stunting, wasting and underweight. It also supports the scale-up of antenatal multiple micronutrient supplementation for preventing adverse pregnancy and birth outcomes and improving maternal health.

“Our evidence supports the continued effectiveness of all the interventions from the 2013 Series. New evidence further supports the scale-up of multiple micronutrient supplementation for pregnant women in favour of iron-folic acid supplementation and the inclusion of SQ-LNS for children, which brings us to 11 core interventions,” said Dr Emily Keats of the Centre for Global Child Health at the Hospital for Sick Children in Toronto, Canada. “We now need to focus on improving intervention coverage, especially for the most vulnerable, through multi-sectoral actions,” added Dr Jai Das of the Centre of Excellence in Women and Child Health at Aga Khan University in Karachi, Pakistan.

An additional paper in the Series finds that coverage of direct nutrition interventions showed little improvement over the last decade and that renewed commitment, new insights from implementation research and fast-tracked funding to increase coverage and improve quality of service delivery is desperately needed. It also highlights how both the evidence-base for and the implementation of interventions spanning nutrition, health, food systems, social protection and water, sanitation and hygiene has evolved since the 2013 Lancet Series.

The authors conclude the Series with a global call to action to recommit to the unfinished agenda of maternal and child undernutrition.

“The COVID-19 pandemic continues to cripple health systems, exacerbate food insecurity and threatens to reverse decades of progress,” said Dr Rebecca Heidkamp of the Department of International Health at the Johns Hopkins Bloomberg School of Public Health. “For both the pandemic response and the rapidly approaching World Health Assembly 2025 global nutrition target deadlines, nutrition actors at all levels must respond to the call to action to bring together resources, leadership and coordination – along with data and evidence – to address the worldwide burden of undernutrition.”

In an accompanying commentary to the Series, Dr Meera Shekar, Global Lead for Nutrition at The World Bank and co-authors noted: “Progress on delivering what is known to work is unacceptably slow. To change this dynamic, we strongly believe that beyond prioritising what to do, countries need much better guidance on how to do it at scale, with insights into how much financing is needed and how best to allocate resources to maximise impact.”

In the last decade, nutrition has risen on the global agenda, spurred in part by the findings from the 2008 and 2013 Series. This new Series comes at a critical time, as 2021 has been deemed the Nutrition for Growth (N4G) Year of Action – which will culminate in the UN Food Systems Summit in September 2021 and the Tokyo N4G Summit in December 2021.

​This text was adapted from an article published on the AKU website. 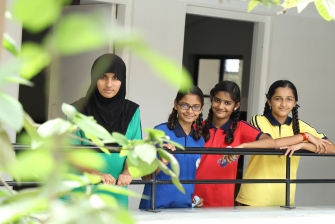