The arts offer youth a chance to explore, grow and connect with their cultural heritage while creating pathways to promising new futures. Yet all too often young people are excluded from those opportunities for lack of funds or out of fear that they will not lead to financially viable work. In Egypt, the Aga Khan Music Programme helped create two schools that address these issues by cultivating next generation musical talent through inclusive arts training programmes open to all.

Al Darb Al Ahmar Arts School takes its name from Darb Al Ahmar, one of the oldest and most densely populated districts of Cairo, located adjacent to Al-Azhar Park, the 30-hectare “green lung” of Cairo established by the Aga Khan Trust for Culture’s Historic Cities Programme. Darb Al Ahmar is home to artisans, small businesses and long-time residents, whose families have lived in the neighbourhood for generations. Due to financial pressure, children in the Darb Al Ahmar neighbourhood often leave school at a young age to take jobs that may be dangerous and exploitative. By age 16, Mohamed Mousa had already worked many different jobs when he began studying music at Al Darb Al Ahmar Arts School. After graduation, he found sustained employment playing saxophone with different artists, including celebrated Egyptian singer Mohamed Mounir and Lebanese singer Assi El Hallani, and he is now a professional musician.

Al Darb Al Ahmar Arts School offers students aged 8-18 a concrete alternative through its vocational approach to arts training. Classes in percussion, brass instruments, theatre and circus arts have been particularly popular amongst girls, and female students have become some of the school’s most accomplished performers. At the same time, the school contributes to community participation, social communication and the formation of independent music groups. The success of Al Darb Al Ahmar Arts School can be measured by the number of graduates who have gone on to further musical studies and found employment as professional performing artists, like Donia Sami. Donia is a 23-year-old percussionist and graduate of Al Darb Al Ahmar Arts School who has achieved considerable success working as a musician and actress in popular Egyptian television dramas and is one half of the first female drumming band in Egypt. She says that the confidence gained during her education at Al Darb Al Ahmar Arts School empowered her to enrol at the Higher Institute for Dramatic Arts in Cairo, where she’s now in her fourth year, and well on her way to a successful career as an artist.

The city of Aswan, situated in Upper Egypt astride the banks of the Nile, is home to the Aswan Music Project. For centuries Aswan has served as a crossroads of trade, culture, and music, where indigenous sounds of the local Nubian community blend with diverse musical styles and instruments from North Africa and the Middle East. Poverty is increasing, especially amongst the traditionally marginalised Nubians. Young people are forced to leave Aswan to find work, rupturing the chain of transmission of musical skills and knowledge. Meanwhile, young people who wish to train in music encounter high costs that are out of reach for middle- and low-income families.

The Aswan Music Project, established in 2017 in collaboration with the Om Habibeh Foundation, addresses these challenges by providing young people up to the age of 25 with free classes in traditional Arab, Egyptian and Aswanese music, focusing on oud, percussion and tanbura. The tanbura is a long-necked string instrument played across North Africa and the Middle East that had once been an important instrument in the musical culture of Aswan. It had all but disappeared until the Aswan Music Project began to focus on its revival, teaching students like Zahraa Othman how to construct and to play the instrument. Ms. Othman began her studies at the Aswan Music Project intent on studying the tanbura, and in September 2019, she was the recipient of a US$ 3,000 grant to support the development of a workshop to produce tanbura for local, and eventually national, markets. Students learn the value of the arts and its economic role in community development while contributing to the revival of the cultural sector by raising awareness of and interest in cultural heritage. In particular, the project aims to strengthen the role of girls and women as performers and event-makers in the local music scene. A recent short film about Aswan Music Project student Zahraa Jaqoub and her study of the tanbura offers a testament to the school’s success in this arena. Ayaat Abdel Naiem Mohamed is further proof of the Aswan Music Project’s commitment to uplifting girls and women. Ayaat is a 24-year-old facilitator at the Aswan Music Project who concurrently studies music at Aswan University. In 2018, she won an entrepreneurship competition and used the prize money to establish her own art and music space in the Nubian village of Gharb Soheil, offering the local community a space to make, and enjoy, music.

The Aswan Music Project and Al Darb Al Ahmar Arts School offer shining examples of vibrant music education and arts training programmes operating in challenging conditions. In doing so, they demonstrate once again that economic development, social development and cultural development are not only mutually reinforcing and interconnected, but indeed, inseparable. 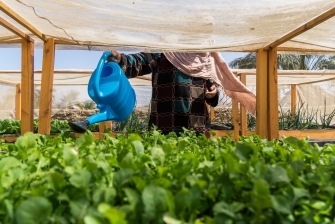 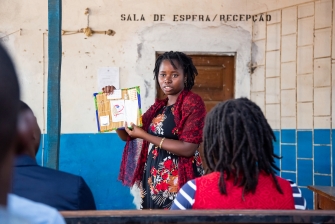 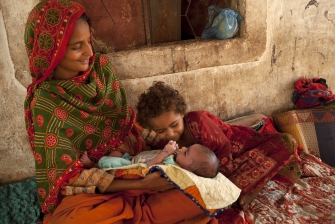