The Jashn e Khusrau, which celebrates the Sufiana kalaam (mystical poetry of Islam) of Amir Khusrau (1253-1325), rendered in the khanqah of his beloved pir, Hazrat Nizamuddin Auliya (1238-1325), and which has been kept alive for over 700 years by khanqahi qawwali at sama-e-mehfil (Sufi music communion) of the Chistiya silsilah, will run from 4-14 March 2010.

Amir Khusrau (1253 – 1325) was a medieval poet, musician, courtier and historian par excellence. A disciple of Hazrat Khwaja Nizamuddin Auliya, Khusrau was a devout follower of the Chishtiya order while being associated with the courts of at least seven kings of Delhi. His fluency in Persian, the language of the court, and Hindavi, the language of the common people, enabled him to compose poetry, riddles and historical treatises in both languages making his work accessible to all strata of society. A cultural figure without parallel, he holds an exalted position in international literary and cultural domains from Istanbul to Isfahan and Kabul to Rangoon.

The celebration has been organised by Aga Khan Trust for Culture in collaboration with the India International Centre, with co-funding from the Ford Foundation.

The festival forms a vital part of the Humayun’s Tomb-Sunder Nursery-Hazrat Nizamuddin Basti urban renewal programme being undertaken through a public private partnership involving the Archaeological Survey of India, the Municipal Corporation of Delhi and the Central Public Works Department.

The Jashn e Khusrau brings together, for the first time, an exclusive assembly of khanqahi qawwal with different dargah affiliations, each performing a repertoire of Amir Khusrau’s kalaam in their distinctive style.

Besides the qawwali performances, the Jashn, in an integrated effort to showcase the Aalam e Khusrau project, includes several related events such as lectures, film screening, heritage walks and an exhibition on the Humayun’s Tomb-Sunder Nursery-Hazrat Nizamuddin Basti urban renewal project (please see the programme). 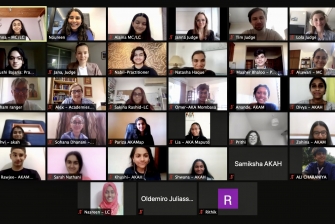 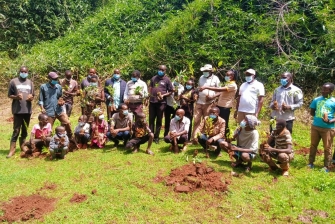 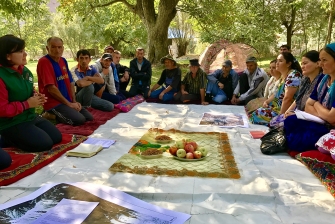