Building professional capacity of health care providers in underserved regions through eLearning is one of the major objectives of the Aga Khan Development Network (AKDN) Digital Health Programme. Through this Programme, the French Medical Institute for Mothers and Children (FMIC) offers eLearning sessions to health care providers at Bamyan and Faizabad Provincial Hospitals and Mirwais Regional Hospital, Kandahar in Afghanistan and Khorog Oblast General Hospital in Tajikistan.

AKDN dHRC in collaboration with various international partner institutions, including Aga Khan Health Service, Afghanistan (AKHS, A); Aga Khan University (AKU); FMIC; faculty from Dalhousie University, Canada and faculty from Notre Dame Institute of Education, Pakistan undertook a research study in 2015 to determine the effectiveness of the eLearning programme offered by AKDN in Afghanistan and Tajikistan.

The objectives of the study were to evaluate the efficacy of the eLearning intervention on improving Maternal, Newborn and Child Health (MNCH) knowledge and practices of nurses and midwives at the four health care facilities. It also aimed to identify the strengths and weaknesses of the eLearning approach along with factors that lead to the success or failure of such interventions in health care settings of low- and middle-income countries.

During 2015, the School of Nursing and Midwifery (SONAM) at AKU and AKDN dHRC collaborated to design and develop eLearning sessions along with pre- and post-tests to measure the impact of the intervention. In 2016, survey tools were developed and validated while AKDN dHRC designed and developed eLearning Observations, a mobile app to assist with data collection. Thereafter, eLearning sessions on MNCH topics were delivered by SONAM while data was collected from participants with the help of the app.

The study adopted a mixed methods design and data was gathered using a variety of qualitative and quantitative tools. To determine changes in the participants’ knowledge and skills after attending the sessions, MNCH-related knowledge was compared and measured through the pre-, post- and delayed-tests of knowledge. Changes in clinical skills were determined through an observation scale. To assess the strengths and challenges of the approach and underlying factors that enable or hinder the successful implementation of the program, a questionnaire was administered to session participants; semi-structured interviews of facilitators, program developers and managers/leadership were conducted; and documents related to the AKDN eLearning Programme such as evaluation reports were analysed.

The project was concluded in 2017 with data analysis, reporting and dissemination activities.

The study concluded that although development of skills was not the focus of the eLearning sessions, ongoing trainings may have created an environment of learning, which may have led to improvement in skill scores. While the study did not provide evidence to suggest that online trainings would be better than face-to-face trainings, considering the geo-political challenges faced by Afghanistan and Tajikistan, an online continuous professional development programme designed on principles of engaged pedagogy could be a possible way forward.

The findings of the study were presented through an online seminar for participating sites in Afghanistan and Tajikistan.

The research study was funded by the Government of Canada, through Global Affairs Canada and Aga Khan Foundation Canada. It initiated in April 2015 and concluded in 2017. 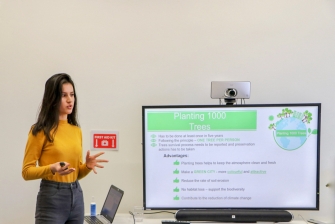 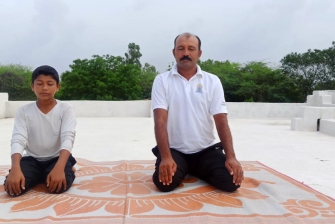