As part of the Digital Transformation in Central Asia (DTCA) conference hackathon event in October 2019, undergraduate students at the University of Central Asia (UCA) developed an innovative tech project designed to connect women and provide resources for people subjected to abuse or domestic violence.

Zarastin Kholbash, Aida Yessimova, and Manuchekhr Makhsutshoev, who are studying Communications and Media and Computer Science at the University of Central Asia (UCA), came up with the idea of developing the app.

“The issue of domestic violence in Central Asia has been looked at from the same angle for many years,” says Zarastin Kholbash. “Our app will help tackle domestic violence, and we hope to make a big difference for those in need. Technology is everywhere, and is helping to solve a lot of issues around the world, so why not in Central Asia?”

The app will allow women to share stories about issues they are facing, receive counselling services, as well as gain access to a 24-hour crisis hotline for individual consultation. The project team is also considering creating a button within the app to alert the authorities in case of an emergency.

John DiMarco, IT Director at the University of Toronto (UT), and conference keynote speaker at the DTCA conference, expressed interest in future collaboration on this project. Alongside other UT representatives, DiMarco plans to provide advice and support to UCA students.

The project team is currently in the process of conducting research on what type of users will be using the app. “In order to successfully launch the project, we need to have a strong knowledge base, the innovation must make sense, and it must fit the context to which it is applied,” added Zarastin.

The team hopes to pilot this project in Naryn (Kyrgyzstan) in 2021, and later implement it in other Central Asian countries.

“Victims of abuse often lack awareness of their legal rights, have poor access to services, as well as minimal support from their family and community,” said Zarastin. “Our ‘We Also Have a Voice’ project is aimed at connecting women, particularly in rural areas, to share experiences, and gain support.” 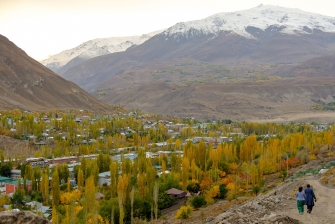 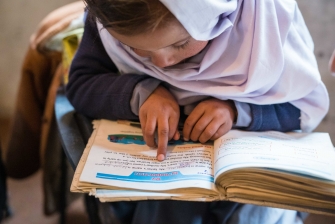 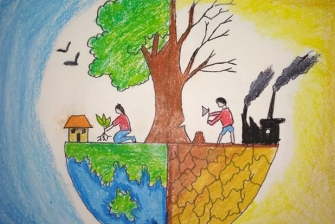