Skip to main content
A green revolution in Madagascar
"Toolkit" including information about seed, fertilizers and water management.
hide

The call for a Green Revolution in Africa is not new, but up until now, the prospects of bringing it about did not seem realistic.

However, recent programmes undertaken by the Aga Khan Foundation in Madagascar have shown that the combination of traditional local knowledge and best international practices can create a green revolution in a rice-growing area of northern Madagascar. Rice yields have risen 100 percent on average and as high as 600 percent in the plots of some pilot farmers. In a country where 80 percent of rural households are involved in rice production, these gains hold considerable promise.

The key appears to have been to avoid the prescriptive approach and, rather, to offer a “toolkit” from which farmers can borrow while experimenting on a 10 square-metre plot. The toolkit included information about seed, fertilizers and water management. The farmers were able to adopt techniques at their discretion. In this way, farmers were able to combine local knowledge with experimentation that led to new techniques better adapted to local conditions.

In 2006, average yields were more than 100 percent higher in fields where selected practices were adopted. Neighbouring farmers outside the pilot group have already started “borrowing” certain techniques, such as planting in rows.

The programme is now training farmers from the pilot groups to become facilitators of the training sessions so that they can share their knowledge and experience. 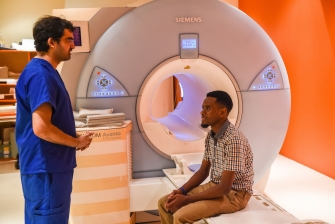 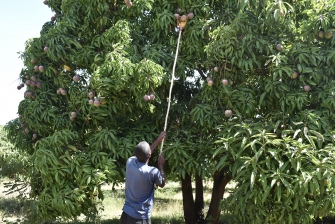