The sad story of many cities across the world has been one in which those with means often abandon historic centres, opting for new agglomerations of suburban glass and concrete. These old centres are then occupied by new migrants, drawn to the city by jobs.  By the early 1980s, for example, this paradox squeezed out much of Cairo’s green space even though it had been a city of gardens just a few decades earlier.

Some estimates in the 1970s put the green space per inhabitant at one square metre; others suggested it was a little as a footprint. In poor areas, conditions were even worse as new migrants squeezed into alleys without water and sanitation and absentee landlords ignored maintenance.  Yet, at the same time, the poor lived among monuments that testified to periods of great sophistication – Fatimid gates, Ayyubid walls, Mamluk mosques.

Understanding how the process of decline could be reversed by restoring monuments and building a new park was part of a plan to revitalise one of the poorest and most troubled areas in the city. In 1984, at the conclusion of a seminar on “The Expanding Metropolis: Coping with the Urban Growth of Cairo” sponsored by the Aga Khan Award for Architecture, His Highness the Aga Khan announced his decision to address the issue of the city’s dwindling green space by financing the creation of a park for the citizens of the Egyptian capital. The only central location which was of suitable scale was the derelict Darassa site, a 30-hectare (74-acre) mound of rubble adjacent to the Historic City. The site, which featured a rich array of monuments testifying to a thousand years of history, posed several technical challenges.

Adjacent to Cairo’s City of the Dead, it had been a debris dump for over 500 years. Trash smouldered in parts of the site. Construction required excavation, grading and replacement with appropriate fill. A total of 1.5 million cubic metres of rubble and soil, a figure representing over 80,000 truckloads, was moved. In addition, three 80-meter freshwater tanks for the city of Cairo had to be incorporated into the Park design.  Specialised plant nurseries had to be created to identify the best plants and trees for the soil, terrain and climate. Over 655,000 young plants from cuttings and seeds were planted in the Park. The project included the excavation and extensive restoration of the 12th Century Ayyubid wall and the rehabilitation of important monuments in the Historic City. Several landmark buildings, including the 14th Century Umm Sultan Shaban Mosque, the Khayrbek complex (encompassing a 13th century palace, a mosque and an Ottoman house), the Aslam mosque and square and the Darb Shoughlan School were restored. Local housing was renovated and returned to their owners.

In the low-income neighbourhood of Darb al-Ahmar, which is adjacent to the park, job training and employment opportunities were offered in different sectors such as shoemaking, furniture manufacturing and tourist goods production. Apprenticeships were made available for automobile electronics, mobile telephones, computers, and masonry, carpentry and office skills. Micro-credit loans enabled residents to open small businesses such as carpentry shops and drycleaners. Hundreds of young men and women in Darb Al-Ahmar found work in the park, in horticulture and on restoration projects. 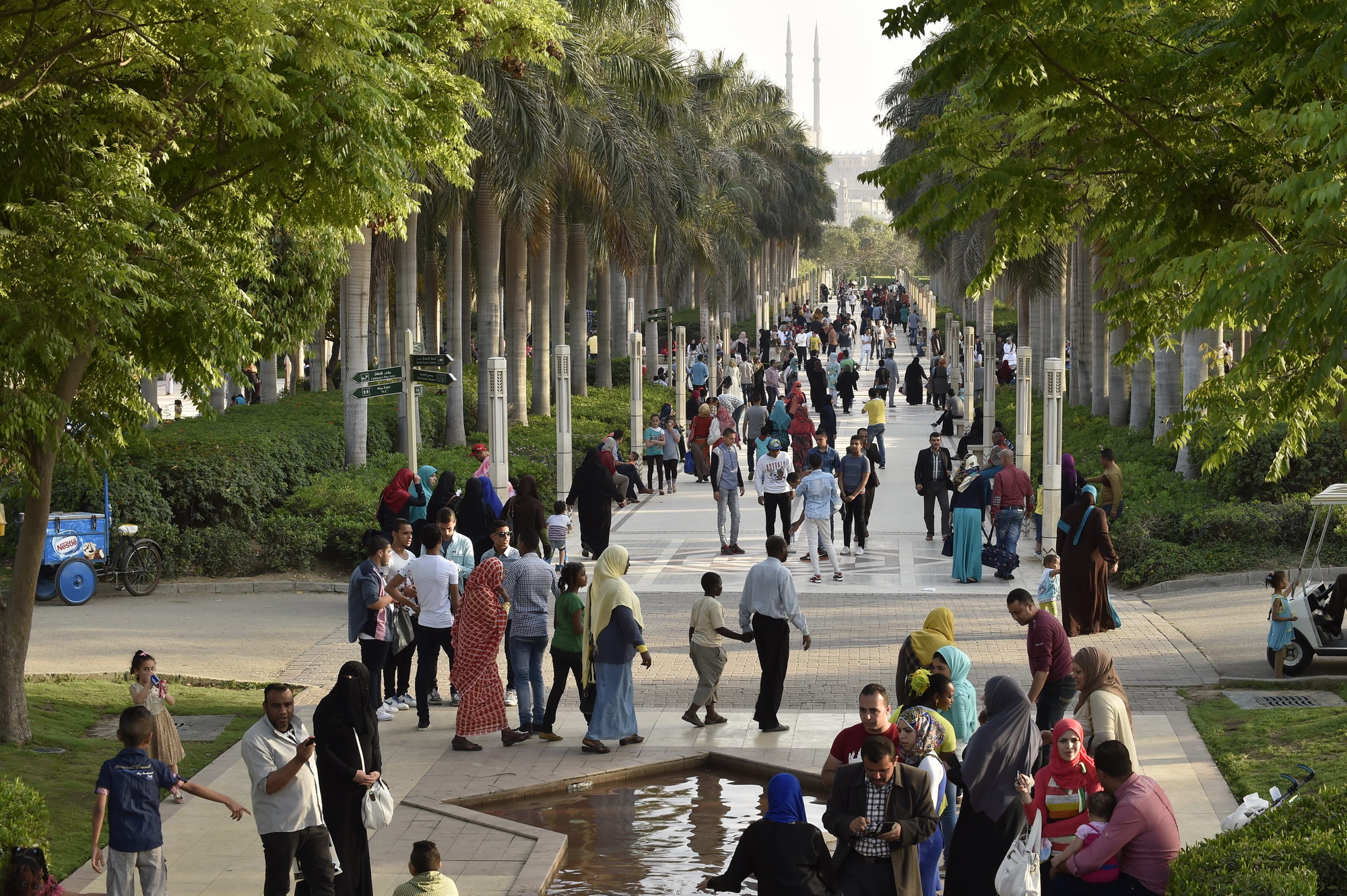 Today, the Park draws nearly two million visitors a year.  Through gate receipts and revenues from the Park’s restaurants, the Park has become self-sustaining.  More importantly, the US$ 30 million project has been a catalyst for positive change in the neighbouring district, evolving well beyond the Park to include the restoration of monuments and public spaces in neighbouring Darb al-Ahmar and socioeconomic initiatives including housing rehabilitation, microfinance, apprenticeships and healthcare. 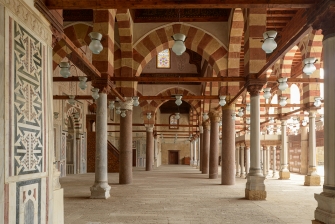