In Patna, Bihar’s capital, street rubbish has reached unprecedented levels. The Aga Khan Foundation is working with the “unsung heroes” – the city’s informal waste collectors – who are working to turn this situation around. The initiative is helping to clean up the city and reduce its carbon imprint, while giving the collectors, many of whom are women and mothers, formal employment earning a minimum wage in decent conditions.

Slipping into the traffic for even a short journey through Patna redefines the meaning of the word “cacophony”. Every pitch of a horn trumpets a constant dissonance of sound. The riot of traffic keeps to no known rules of the road and myriad motorcycles weave in and around, hustling forward more slowly than they would like. It is quite a surprise for a newcomer, as is the jumble of buildings hugging the roadside and the carpet of garbage littering the streets. Patna is the capital of Bihar state, one of the poorest in India, situated to the south of Nepal. A part of what is now Bihar was once the centre of Indian power, learning and culture for about a thousand years in the past, but those glorious days are now over. Landlocked, although on the River Ganges, Bihar relies on services and agriculture to move the local economy forward but is reported to have one of the slowest manufacturing growth rates in the country.

Urban poverty is as difficult as it gets and in Patna many poor families live in small cramped houses, perhaps an entire family in a single room. They struggle to make a decent living. Many are rural migrants seeking to eke out a better livelihood, largely in the informal sector, with no state-provided health services and often at risk of being moved on at a moment’s notice. Some of them, particularly women and mothers, work as waste collectors, spending hours a day with their young children searching the landfills for plastics, metals, electrical waste, clothes and anything else that has a value on the scrap market. They can earn just over 200 rupees (less than US$ 3) a day and often work seven days a week in sweltering heat to help make ends meet. They provide a recycling service for city residents but get no recognition and little recompense for what they do. They are both outcasts with little hope of a better future and unacknowledged recycling heroes.

Local city councils around Patna city (known as ULBs, Urban Local Bodies) are now teaming up with the Aga Khan Foundation and GSSG, a local charity, to improve waste management services, clean up the city and give the waste collectors formal employment with health and other services provided by the state. This offers people working in this sector some semblance of hope and those living in the city neighbourhoods the chance of a cleaner, healthier future. Waste collectors will be recognised by their communities as service providers, working in government constructed waste segregation centres earning a minimum wage in decent conditions with the potential to add value to waste. They will work alongside public employees picking up the waste door-to-door and supported by local neighbourhood champions who encourage households to participate in the scheme.

The heart of the matter is better public health and this relies on three ingredients: household and locality composting green or food waste either to grow flowers and vegetables or to sell; the regular collection of other solid waste; and the segregation of this into recyclable or land fill. This will clean the streets and reduce the landfills significantly. A unique partnership of the public and non-profit sectors, with a plan to engage the private sector to create better livelihoods, drives this initiative attracting the attention of the residents, local and even central government. 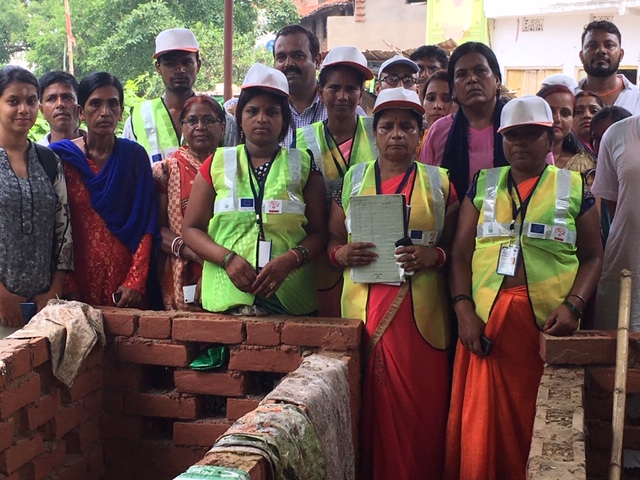 This partnership is now planning to work with Fashion Revolution to establish a system of re-working clothes thrown away into yarn, and then using the yarn to create saleable products such as towels or tea towels and other items. The partnership will continue to identify imaginative solutions to this seemingly intractable problem so that the approach can be scaled nationally in India and beyond. Waste is a major contributor to greenhouse gases and therefore climate change. The approaches in this project are showcasing scalable waste management models for urban centres and will make a significant contribution to improving public health and reducing waste as it is copied nationally in other cities. India is one of the most populous countries in the world, and if a solution can be found that works here, the possibilities for replication in other countries are both wide-ranging and encouraging.

This text was adapted from an article published last year on the AKF(UK) website. 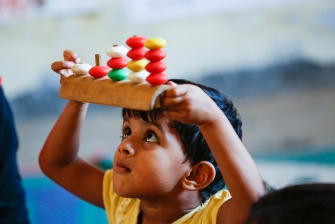 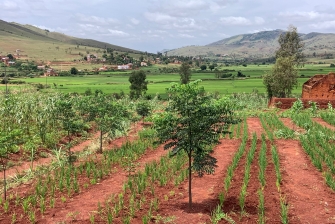 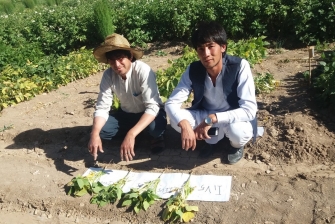