London, 8 April 2021: The Aga Khan Foundation (AKF) announces the opening today of The Silk Road: A Living History, an open-air photography exhibition by travel photographer Christopher Wilton-Steer.  Comprised of over 160 photographs, the exhibition invites the viewer to take a journey from London to Beijing, encountering many of the people, places and cultures along the ancient trade route.

The exhibition’s linear design creates a physical route for viewers offering them the chance to travel by proxy. With galleries closed due to the lockdown, this outdoor exhibition – which allows for social distancing – offers visitors cultural stimulation at a time when we have been starved of it. Moreover, with the current travel restrictions, the exhibition opens up a world of far-flung destinations that are currently inaccessible.

The exhibition aims to celebrate the diversity of cultural  expressions found along the Silk Road, highlight examples of how historical practices, rituals and customs live on today, and also reveal some of the connections between what appear at first glance to be very different cultures. It also seeks to engender interest and understanding between distant cultures and challenge perceptions of less well known and understood parts of the world. Photographs from Iran, Turkmenistan, Uzbekistan, Tajikistan, Kyrgyzstan, Pakistan, India, China and elsewhere are featured in the show. Visitors will be able to access additional content including videos and music via QR codes on each panel of the exhibition.

The Silk Road, the name given to the numerous trading routes that connected China and the West, was first established during the days of the Roman Empire. For several centuries it facilitated the exchange of goods, ideas, religions and technologies across thousands of miles, shaping and changing the world as we knew it. While it lost its prominence to new maritime trade routes by the 1600s, its legacy still endures. China’s “Belt and Road Initiative”, the US$ 900 billion double trade corridor to reopen channels between China and the West, can be seen as its 21st century successor. 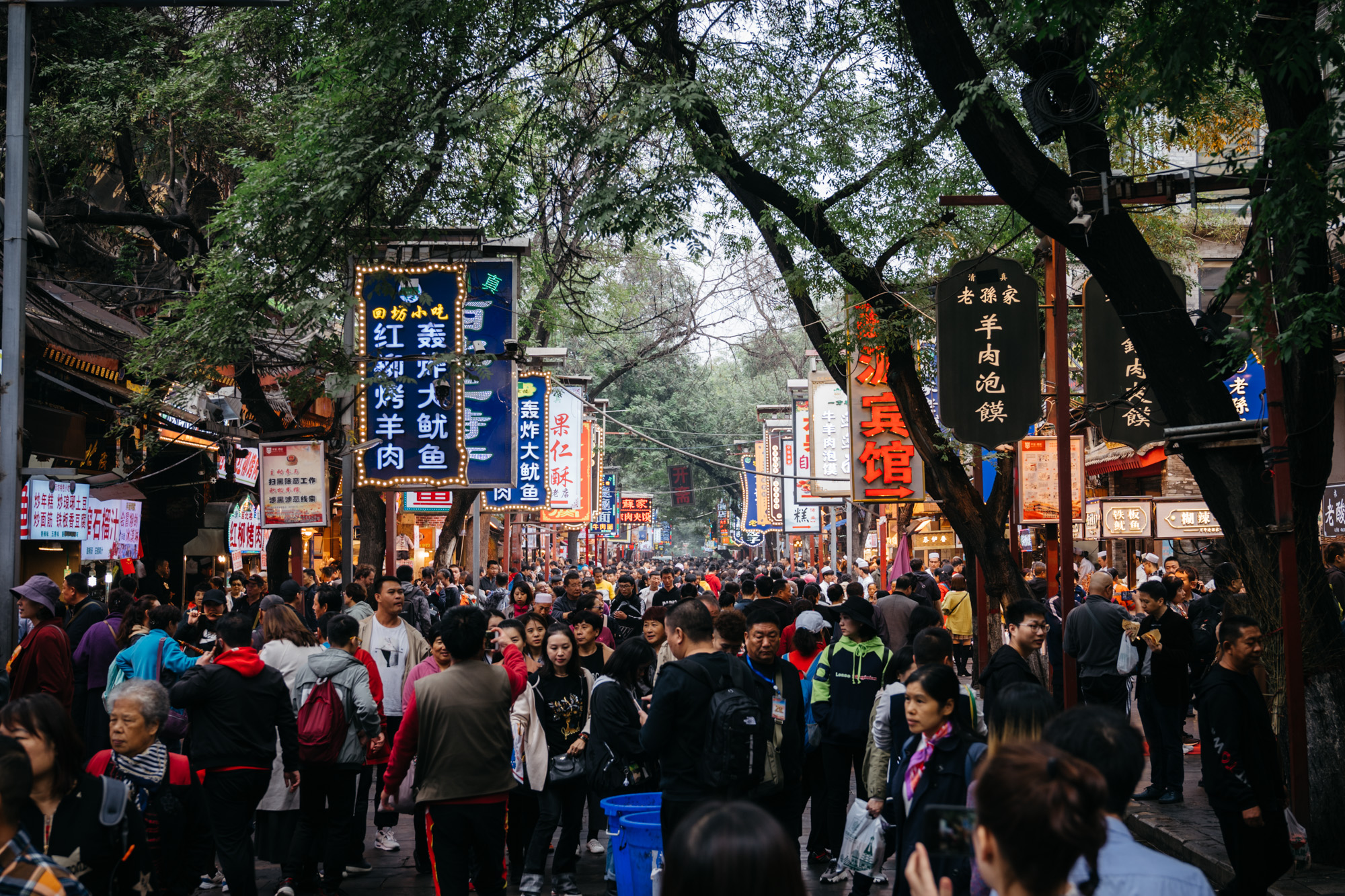 Xi’an was one of the four great ancient capitals of China and is considered the starting point of the Silk Road, or the end point if you were coming from the west. In the 1st century BCE, it was called Chang’an, meaning “perpetual peace”. During its heyday, Chang'an was one of the largest and most populous cities in the world.
Copyright:
AKDN / Christopher Wilton-Steer

Together with its sister agencies of the Aga Khan Development Network (AKDN), the Aga Khan Foundation has been active in Central Asia for nearly 30 years, and for almost a century in India and Pakistan. Working alongside governments, the AKDN has been a long-term partner in the development of Afghanistan, the Kyrgyz Republic, Tajikistan, Pakistan, India and, more recently, Kazakhstan. In the last 30 years, the AKDN has invested and channelled several billion dollars into the economic, social and cultural development of Central Asia with the promotion of pluralism and women’s empowerment central to those efforts.

Some examples of AKF and AKDN’s work along the Silk Road are documented in the exhibition, such as the Vanj cross-border bridge between Afghanistan and Tajikistan. This is one of six bridges constructed by AKF to help improve connectivity between these two historically linked regions. Agreements between the respective governments allow traders to sell goods in specially designated markets on one or both sides of the bridges. Afghans can also cross these bridges to receive critical health care saving them a long and arduous journey through the mountains to the nearest Afghan hospital.

Another photo shows Karimkol, a fruit and vegetable farmer from the Jalal-Abad region of Kyrgyzstan. As part of its food security work, the Aga Khan Foundation supports farmers like Karimkol to expand their nurseries so that they can in turn support other farmers in this remote and mountainous region. 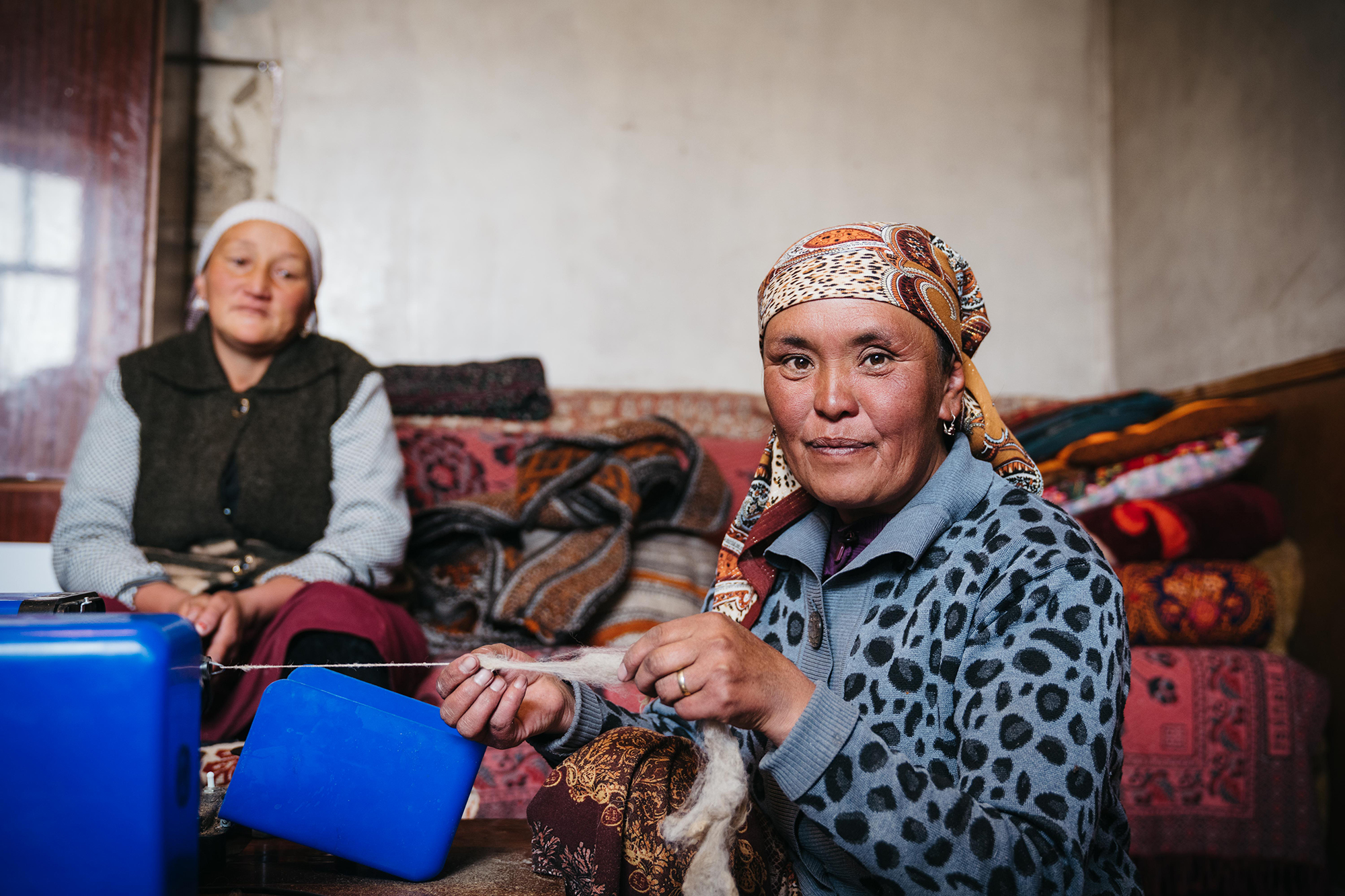 Artisans spinning wool in Murghab, Tajikistan. To support the local economy, the Aga Khan Foundation works with local artisans to sell their handicrafts to tourists who pass through Murghab along the Pamir Highway – the historic road and trade link that traverses Afghanistan, Uzbekistan, Tajikistan and Kyrgyzstan.
Copyright:
AKDN / Christopher Wilton-Steer

Another facet of AKDN’s work is the preservation of historic buildings, such as Khaplu Palace in northern Pakistan. Built in 1840, it is the finest surviving example of a royal residence in the region. By the early 2000s the palace had fallen into disrepair with livestock living in some of the rooms. Working alongside local government, the Aga Khan Trust for Culture began restoration work in 2005 and the palace re-opened as a museum and heritage hotel under the Serena Hotel Group in 2011. The restoration of the palace created dozens of jobs in the hospitality sector and has helped open the area to tourism. The restoration work has received numerous awards including a UNESCO Heritage Conservation Award in 2013.

The importance of tourism promotion is underscored with a photograph documenting the opening ceremony of a new tourism centre in the Pamir Mountains of Eastern Tajikistan, in which a girl in traditional Tajik clothes dances. As part of its economic inclusion efforts, the Foundation supports the sustainable development of tourism in the region for the benefit of local communities. Established in 2008 with the support of the Aga Khan Foundation, the Pamir Eco-Cultural Tourism Association (PECTA) – which operates the tourism centres – creates job opportunities for local people and encourages the preservation of historical heritage, natural resources and wildlife while supporting tourists to visit this remote and breathtakingly beautiful region. 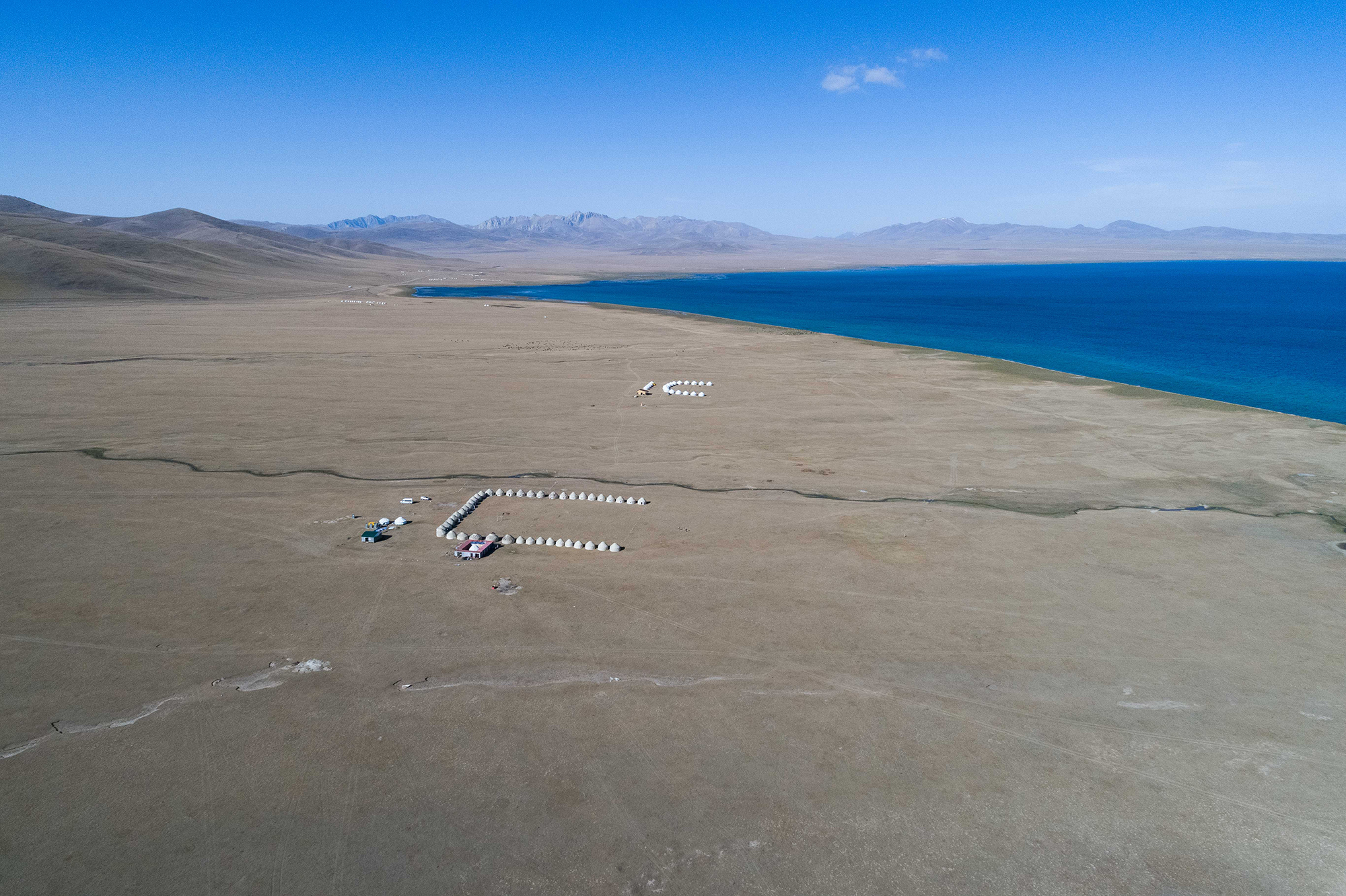 Son Kul, a lake at the centre of an enormous plateau atop the Tien Shan mountain range in Kyrgyzstan. Thousands of horses, sheep, cows, yak and camel graze here. They belong to the semi-nomadic communities who bring them here during the summer months. Yurts provide shelter, a place to cook, eat and sleep. Recognising the continued importance of these nomadic traditions, the Aga Khan Foundation works with communities like these to improve access to education through the creation of mobile libraries and kindergartens in yurts.
Copyright:
AKDN / Christopher Wilton-Steer

The Silk Road: A Living History will run from 8 April until 16 June 2021 on Granary Square in London’s Kings Cross, free to the public.  Restrictions permitting, it will be accompanied by a full programme of publicly accessible talks and workshops at the Aga Khan Centre. There are also plans for an Aga Khan Foundation Silk Road Bazaar in the nearby Canopy Market area.

To view a gallery of selected images from the exhibition