Dubai, UAE, 17 March 2022 –  Prince Rahim Aga Khan departed from Dubai yesterday following an official two-day visit that included discussions with His Highness Sheikh Maktoum bin Mohammed bin Rashid Al Maktoum, Deputy Ruler of Dubai, Deputy Prime Minister and Minister of Finance, about areas where the Aga Khan Development Network (AKDN) and the UAE can work together to improve the quality of life of the world’s most vulnerable populations. Prince Rahim was accompanied by a delegation from the Ismaili Imamat, headquartered in Lisbon, Portugal.

During the visit, Prince Rahim conveyed to His Highness Sheikh Maktoum bin Mohammed bin Rashid Al Maktoum the greetings and appreciation of his father, His Highness the Aga Khan, for their personal friendship and the strong support extended to the AKDN and the Ismaili Muslim community, which has a long-established settlement in the UAE.

These sentiments were warmly reciprocated by His Highness Sheikh Maktoum bin Mohammed bin Rashid Al Maktoum, who expressed his gratitude for the work of the AKDN and the Ismaili Muslim community. He acknowledged contributions to Dubai’s cultural life and intellectual pursuits enabled by the Ismaili Centre in Dubai.  He also conveyed his regard for the AKDN’s initiatives in numerous fields of international development, including the heritage of Muslim societies, regeneration projects in historic settings in the Islamic world, education, community development and the environment.

Prince Rahim commended the UAE’s humanitarian efforts and the Government’s successes in addressing the COVID-19 pandemic. He also congratulated Dubai’s leadership for its dedication and commitment to welcoming an exchange of ideas and knowledge from around the world.

Prince Rahim’s visit to the UAE was at the invitation of His Excellency Sheikh Nahayan Mabarak Al Nahayan, Minister for Tolerance, who also hosted a lunch in his honour, following which Prince Rahim toured several pavilions at Expo 2020 Dubai, including Vision and Alif Pavilions. Prince Rahim’s meeting with Sheikh Nahayan enabled discussion of the importance of advancing appreciation of pluralism.

Prince Rahim also met with Her Excellency Reem Al Hashimy, Minister of State for International Cooperation and Director-General of the Expo 2020 Dubai Bureau, and Her Excellency Noura bint Mohammed Al Kaabi, UAE Minister of Culture and Youth. He expressed his desire that the AKDN’s collaboration with the UAE at Expo 2020 would herald future engagements that include a formal collaboration between the Aga Khan Trust for Culture,  the Ministry of Culture and Youth and the Expo 2020 Legacy Initiative.

The AKDN, working with Ministries of the United Arab Emirates and local and international civil society organisations, has coordinated numerous engagements at Expo 2020 Dubai, particularly in the areas of climate change and biodiversity, tolerance and inclusivity, culture, education, knowledge and learning.

Prince Rahim also toured the recently opened Museum of the Future, where he met with Abdulaziz AlJaziri, Deputy CEO and Chief Operations Officer of the Dubai Future Foundation and Majed Al Mansoori, Deputy Executive Director of the Museum. He praised the Museum’s work to bring together innovators, scientists and prominent figures from leading fields to share their vision of crafting a sustainable, inclusive future.

Prior to his departure, Prince Rahim met with volunteers from the Ismaili Muslim community at the Ismaili Centre Dubai. 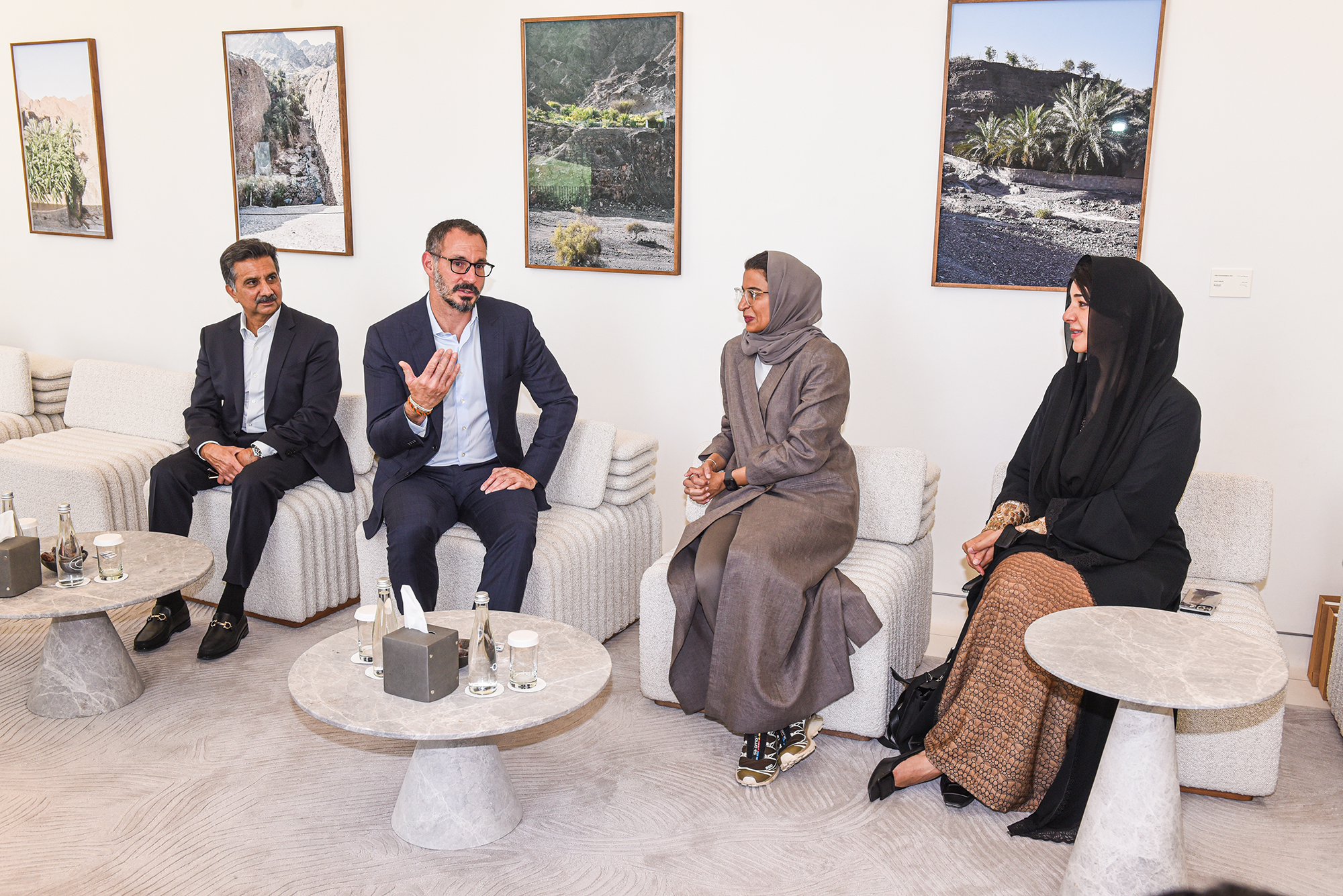