Medford/Somerville, MA, USA, 16 April 2009 – The Talloires Network and the MacJannet Foundation today announced the winners of the first annual MacJannet Prize for Global Citizenship. The first place winner is the Urban Health Program based in Aga Khan University in Pakistan. This innovative and long-standing program run by Aga Khan University’s Department of Community Health Sciences provides critical health and socio-economic support to the squatter settlements of Karachi.

Larry Bacow, President of Tufts University, serves as the Chair of the Talloires Network, an international association of institutions committed to strengthening the civic roles and social responsibilities of higher education. “The MacJannet Prize embodies the ambitions and founding goals of the Talloires Network and will serve to raise awareness of the contributions universities can make to active citizenship,” said President Bacow. “We are pleased to be able to recognize such exceptional projects in this inaugural round of awards.”

“The MacJannet Prize was named to honor the inspiring example set by Donald and Charlotte MacJannet, two 20th century American educators who promoted the cause of civic improvement and international understanding,” said Anthony Cook, President of the MacJannet Foundation.  “The ‘Macs’ would be thrilled to bear witness to these wonderful student public service projects around the globe that we have chosen to recognize in their memory.”

The Urban Health Program was founded in 1985, when medical training was limited to hospitals and public health efforts in communities received little attention.  Through the Program, medical and nursing students, community medicine residents, interns and other national and international elective students complete part of their practicum in 'katchi abadis,' or squatter settlements. The students provide primary health care and engage with communities on research/service projects addressing local health and social issues.  The program has motivated women and men in these settlements to form their own community-based organizations, initiate micro-credit and cottage industry projects, invest in girls' education and women's skill-building projects, and advocate with local authorities for clean water and sanitation with the help of the students.  Many graduates, inspired by their hands-on work through the Urban Health Program, now serve in ministries of health, national and international organizations, and academia, finding ways to continue their commitment to public health and poverty alleviation. Indeed, the program is a model for sustainable university-based civic engagement projects and has inspired community health programs in other local universities.  For the Aga Khan University, the program is a visible demonstration of its commitment to teaching and research, to service of local communities, and to its vision of grooming graduates to be leaders who can resolve the issues of their own countries. The $5,000 prize will be used to further the program’s inspiring work.

The Rector of the Université Saint-Joseph, Professor René Chamussy, launched Opération 7ème Jour in response to the humanitarian crisis brought on by the 2006 war in Lebanon, engaging students, faculty, and staff in volunteer activities to provide immediate assistance to the population of South Lebanon. Since 2006, Opération 7ème Jour has transformed from an emergency relief effort to a large-scale development program with activities across Lebanon. Working closely with NGOs, government agencies, and local authorities, the program has continued and expanded its solidarity activities, managing development and health care initiatives in an even larger geographic area, with contributions from faculty and students from every academic discipline.

Cape Peninsula University of Technology's development project is founded on strong partnerships with the HAN University in the Netherlands, the University of the Western Cape and Elgin Learning Foundation in South Africa, and the Theewaterskloof Municipality. Dutch and South African students collaborate to identify community needs and design their own service-learning projects that build on their areas of study. Projects include building the capacity of municipal agencies to provide services, initiating innovative arts and educational activities in local schools, and providing health education and life skills training to young people. Both second-prize winners will receive $2,500.

One student and one program administrator from each of the top three programs will be flown in for the awards ceremony, which will take place in Talloires, France on June 6, 2009. These representatives will also have an opportunity to participate in workshops that will give them valuable training in marketing, strategic planning, and other skills.

The MacJannet Foundation and the Talloires Network also awarded third-place prizes, worth $1,000, to five additional outstanding programs from four continents:

The geographic diversity of the winning programs demonstrates that the movement to incorporate civic engagement within higher education is widespread and highly international. In all regions of the world, higher education institutions are responding to pressing social issues, and students in particular are championing the idea of global citizenship. The MacJannet Prize recognizes the winning programs as models for universities worldwide and will continue to encourage community engagement within higher education.

The Talloires Network is an international association of institutions committed to strengthening the civic roles and social responsibilities of higher education (http://www.tufts.edu/talloiresnetwork/).

The MacJannet Prize for Global Citizenship recognizes exceptional student civic engagement initiatives based in Talloires Network member universities around the world and contributes financially to their ongoing public service efforts. Visit http://www.macjannetprize.org/ in the upcoming months for profiles and documentaries of the winning programs, and for information about next year’s competition.

The MacJannet Foundation carries out the life work of Donald and Charlotte MacJannet by offering scholarship programs, awards, and other financial support for the Tufts University European Center (http://www.macjannet.org/). 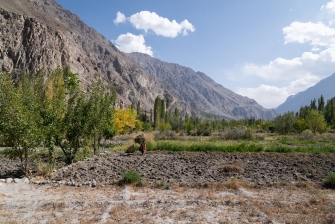 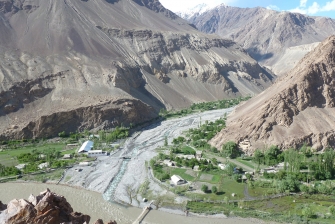