London, United Kingdom, 28 May 2016 - A senior delegation from the Government of the Kyrgyz Republic today concluded a four day visit to the United Kingdom focused on multi-dimensional aspects of secular and religious education.

Headed by Mr. Orozbek Moldaliev, Director of the State Commission on Religious Affairs of the Kyrgyz Republic (SCRA), the nine member delegation comprised the Deputy Minister of Education, the Rector of the Kyrgyz State University (Arabaev University), the Head of Religious Education Department representing the Spiritual Administration of Muslims of Kyrgyzstan and officials of the Ministry of Foreign Affairs and SCRA. Mr. Shamsh Kassim-Lakha, Diplomatic Representative of the AKDN in the Kyrgyz Republic and Executive Chairman of the Board Executive Committee, University of Central Asia accompanied the delegation.

Encompassing exchanges with scholars, researchers, teachers and curators, the delegation's programme covered visits to the Cambridge Muslim College, the British Museum and the BBC's studios at Broadcasting House in London.

The delegation also exchanged views with experts from the School of Oriental and African Studies and University College, London's Institute of Education, the Aga Khan University’s Institute for the Study of Muslim Civilisations and the Institute of Ismaili Studies. Discussions spanned a wide range of topics comprising the transmission of cultural values to pedagogy, curriculum development and the training of educators including for religious education. Of particular interest to the delegation were pioneering multidisciplinary and civilisational approaches to educating the educators and youth.

In a meeting with the delegation, His Highness the Aga Khan underlined the importance of good quality education for improving the quality of life of marginalised populations, including mountain societies in some of the remotest parts of Central Asia. This was the motivating principle behind the establishment of the University of Central Asia, a regional institution founded by the governments of Kazakhstan, Kyrgyzstan and Tajikistan and the Aga Khan Development Network. He also reiterated a compelling need to make the significant contributions of Muslim philosophers intrinsic to curricula in educational institutions the world over. This would enhance knowledge and understanding of Muslim civilizations across peoples of different cultures.

Ambassador Gulnara Iskakova received the delegation at the Embassy of the Kyrgyz Republic in London.

“The delegation’s interaction with experts and exposure to successful models of secular and religious education for the plurality of Muslim populations in the United Kingdom has allowed us to explore opportunities for adapting some of these in the Kyrgyz Republic while respecting our own religious and cultural values as they address contemporary challenges”, observed Mr. Moldaliev. 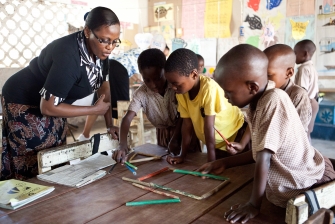 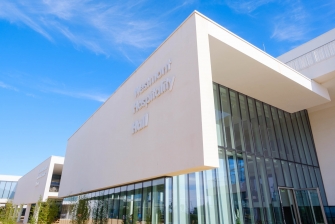