Ottawa, Canada, 16 November 2021  – The Global Centre for Pluralism has announced the 10 finalists for the 2021 Global Pluralism Award. The Award is presented once every two years to individuals, organisations and governments around the world to celebrate achievements which enable societies to live more peacefully and productively with diversity.

“The Centre is inspired by the creativity and resilience of this year’s finalists, whose achievements offer tangible, inspiring examples of the power of pluralism in today’s world,” said Meredith Preston McGhie, Secretary General of the Global Centre for Pluralism. “Amidst troubling global trends of division and reduced civic space, these finalists are doing incredible work to raise awareness, build connections and change minds, narratives and structures.”

This year 500 nominations were received from 70 countries. Nominees underwent a rigorous review process and were selected by an independent, international jury of experts from disciplines related to pluralism. 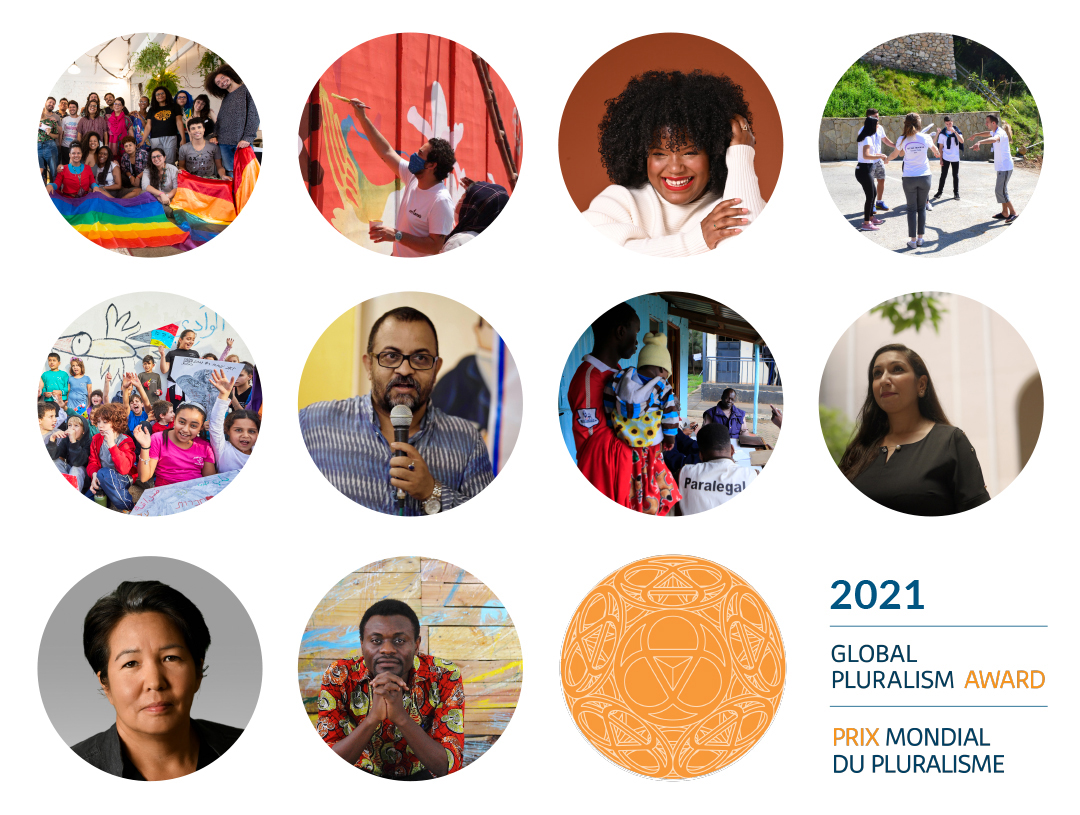 The 2021 Award Jury – chaired by former Canadian Prime Minister Joe Clark – includes a former Swedish Foreign Minister, an award-winning Lebanese journalist, the Anglican Church’s Special Representative on Conflict in Africa and the former Director-General of the International Baccalaureate. The independence of the Jury is a central feature of the Award and ensures that issues of broad and general concern are identified and featured as part of the programme.

“Pluralism is a description of the respect, cooperation and shared purpose which make communities work,” said the Right Honourable Joe Clark. “These finalists have made a remarkable contribution to pluralism. They show originality and courage in dealing with challenges of injustice, inequality and exclusion in today’s world.”

Three winners will be announced at a virtual ceremony in February 2022. They will each receive a prize of CAD $50,000 (about US$ 40,000) to further their work in support of pluralism.

About the Global Centre for Pluralism:

The Global Centre for Pluralism is a collaboration between the Government of Canada and the Ismaili Imamat and involves a wide range of diverse stakeholders who are interested in advancing pluralism, across its many dimensions, around the world. The Government of Canada has itself been a global advocate for gender equality, human rights and equal treatment for all through many international efforts, including through its support for the Centre.