The unique two-and-a-half-year degree brings together two of the world’s leading universities and gives students the opportunity to study a topic of global significance while based in London and New York – two of the world’s most diverse and multicultural cities.

“This partnership will foster the development of the theoretical and practical perspectives needed to understand how Muslim societies are responding to pressing global challenges,” said Ira Katznelson, Columbia University’s Interim Provost and Ruggles Professor of Political Science and History. “At this moment in history, such an endeavour is especially important.”

Dr Carl Amrhein, AKU’s Provost and Vice President, Academic, remarked that the world was changing at breakneck speed, and more than ever there was an urgent need to educate our future leaders to have a deep and nuanced understanding of issues that relate to Muslim civilisations. “This master’s degree will shape our students into professionals who can offer society clear and thoughtful insight and guidance on important and complex issues facing this generation,” he said.

At the event, Professor Leif Stenberg, Dean of ISMC, said that the partnership between “two of the greatest authorities on Muslim civilisations” represents the importance of offering broad and in-depth academic experience in this area. “Each institution brings its own history and unique perspective to bear, and students will benefit from studying in two of the world’s greatest and inclusive cities. This programme will challenge and guide our students to develop critical thinking research and leadership skills which will help them make a positive contribution in a wide range of vocations,” he added.

Columbia University and AKU have jointly developed an advanced curriculum for the programme that includes a two-and-a-half-year sequence of reading and research seminars, interdisciplinary electives, and intensive foreign language training. Students will benefit from new cross-disciplinary frameworks and tools to understand Muslim cultures in a comparative and world-historical context, equipping them to engage creatively and critically with the opportunities and challenges faced by Muslim societies today.

The Memorandum of Understanding was signed by Ira Katznelson and Dr Carl Amrhein. 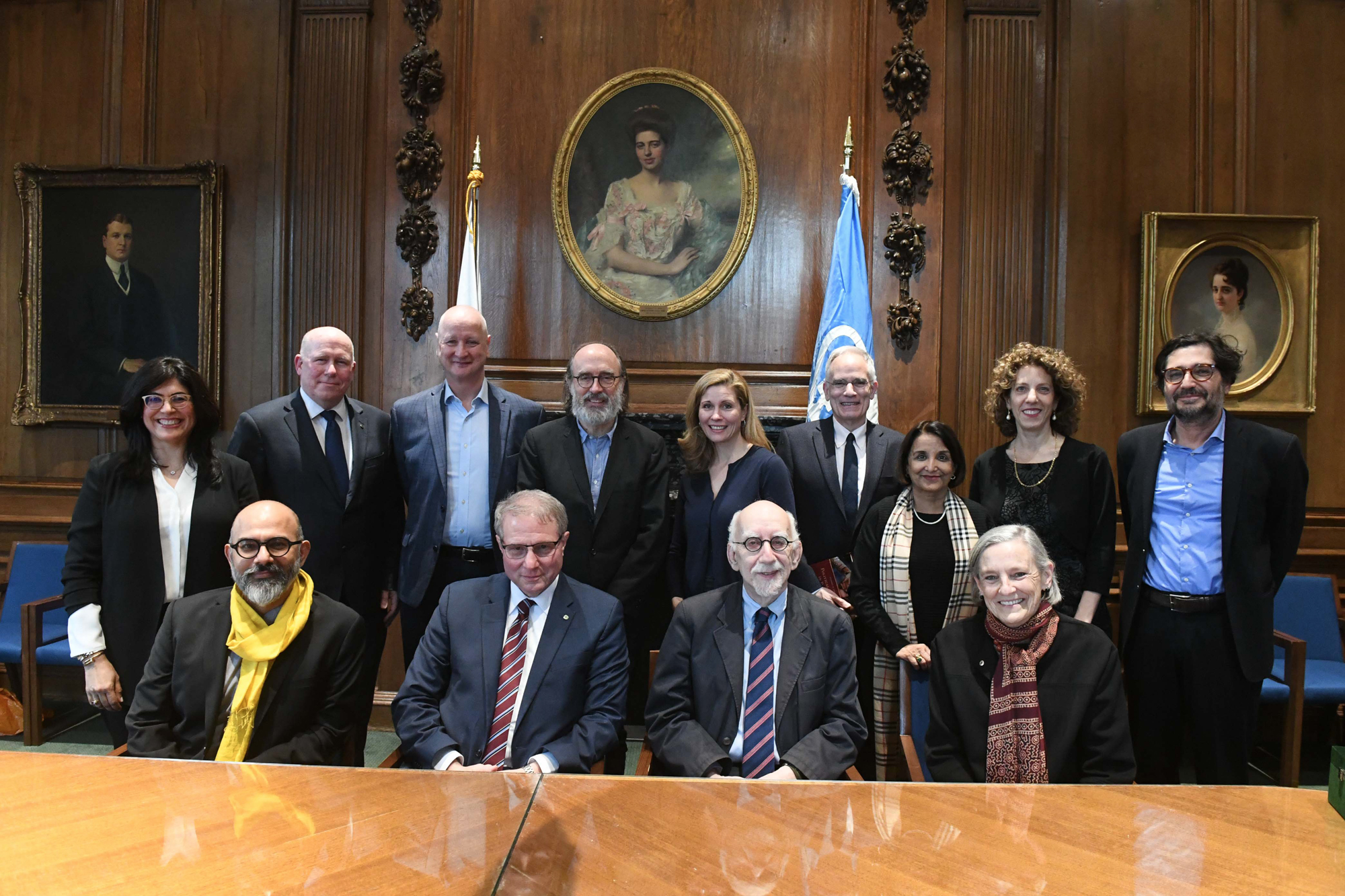