Gouvieux, France, 13 May 2015 - His Highness the Aga Khan, Spiritual Leader of the Shia Ismaili Muslims has expressed shock and sadness in the wake of an attack on a bus carrying members of the Ismaili community on their way to work in Karachi, Pakistan, that left 43 people dead.

“This attack represents a senseless act of violence against a peaceful community. My thoughts and prayers are with the victims and the families of those killed and wounded in the attack,” the Aga Khan said. The Aga Khan noted that the Ismailis are a peaceful global community living in harmony with other religious and ethnic groups in many countries across the world, including in the Muslim world.

The Ismaili leaders in Pakistan are currently involved in an emergency operation trying to help the survivors of the attack. Initial reports said unidentified gunmen opened fire on a bus carrying more than fifty members of the Ismaili community in Karachi’s Safora Chowrangi area on Wednesday (13th May). There were 16 women and 27 men among those killed. It was not immediately clear what the perpetrators’ motives were. They may have been political or sectarian in nature. 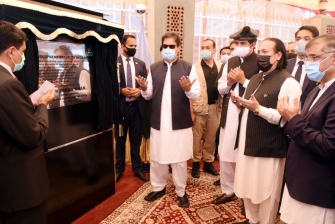