Toronto, Canada, 6 July 2021 – The Aga Khan Museum has announced the appointment of Dr Ulrike Al-Khamis to the position of Director and Chief Executive Officer.

Dr Al-Khamis has been a key member of the Aga Khan Museum’s executive and leadership team over the past four years, acting as Director of Collections and Public Programs since 2017. Dr Al-Khamis is a recognised leader in the field of Islamic art and museology. She is a passionate advocate for the arts and culture of the Muslim world and their potential to bridge cultures through their interconnectedness with other cultures and arts across time and space.

With nearly 30 years of experience as a curator and senior advisor for museum and cultural projects, Dr Al-Khamis holds a Ph.D. in Islamic Art from the University of Edinburgh and – before coming to Toronto – served as Co-Director at the Sharjah Museum of Islamic Civilization as well as Senior Strategic Advisor to the Sharjah Museum Department in the U.A.E. She began her career in Scotland, where she worked as Principal Curator for South Asia and the Middle East at the National Museums of Scotland and Curator for Muslim Art and Culture at Glasgow Museums.

Dr Al-Khamis’s subject matter expertise, professional skill set and extensive museological experience make her ideally suited to lead the Aga Khan Museum at this exceptional time, when the institution, like many of its peers, is reimagining its ways of working and of programming to meet the needs and be of service to its audiences, while driving its mission – to showcase the contributions of Muslims cultures and to foster pluralism by bridging cultures, today a more urgent requirement than ever. Under Dr Al-Khamis’s leadership, the Museum will be reaffirming its focus on intercultural education and dialogue, while growing its global impact and audience through innovative digital programming initiatives.

“I have worked for four years with Dr Al-Khamis and it has been a joy. She is committed, creative and always ready to try something new. I think that under her leadership the museum will play a major educational role and will open new and exciting doors,” said Prince Amyn Aga Khan, Chairman of the Aga Khan Museum Board and speaking on behalf of the Board of Directors. “She is a passionate advocate for the arts and culture of the Muslim world and their potential to bridge cultures – a task that is more urgent than ever.”

“I am deeply honoured and excited to be confirmed as the new CEO of the Aga Khan Museum, the only Museum in North America with a mandate to foster pluralism and bridge cultures through and in dialogue with the arts of the Muslim world,” said Dr Al-Khamis. “In a dramatically changed world, the Museum has a unique role to play – within our wonderful, diverse city of Toronto, across Canada, and internationally. Working with our passionate, inspiring Museum team, I look forward to reimagining the Museum with a renewed focus on Education, the Digital, and – most importantly and crucially – our audiences, with a keen eye and ear for their needs and expectations.”

The Aga Khan Museum in Toronto, Canada, was established by the Aga Khan Trust for Culture to foster a greater understanding and appreciation of the contribution that Muslim civilisations have made to world heritage while often reflecting, through both its permanent and temporary exhibitions, how cultures connect with one another. Designed by architect Fumihiko Maki, the Museum shares a 6.8-hectare site with Toronto’s Ismaili Centre, which was designed by architect Charles Correa. The surrounding landscaped park was designed by landscape architect Vladimir Djurovic. 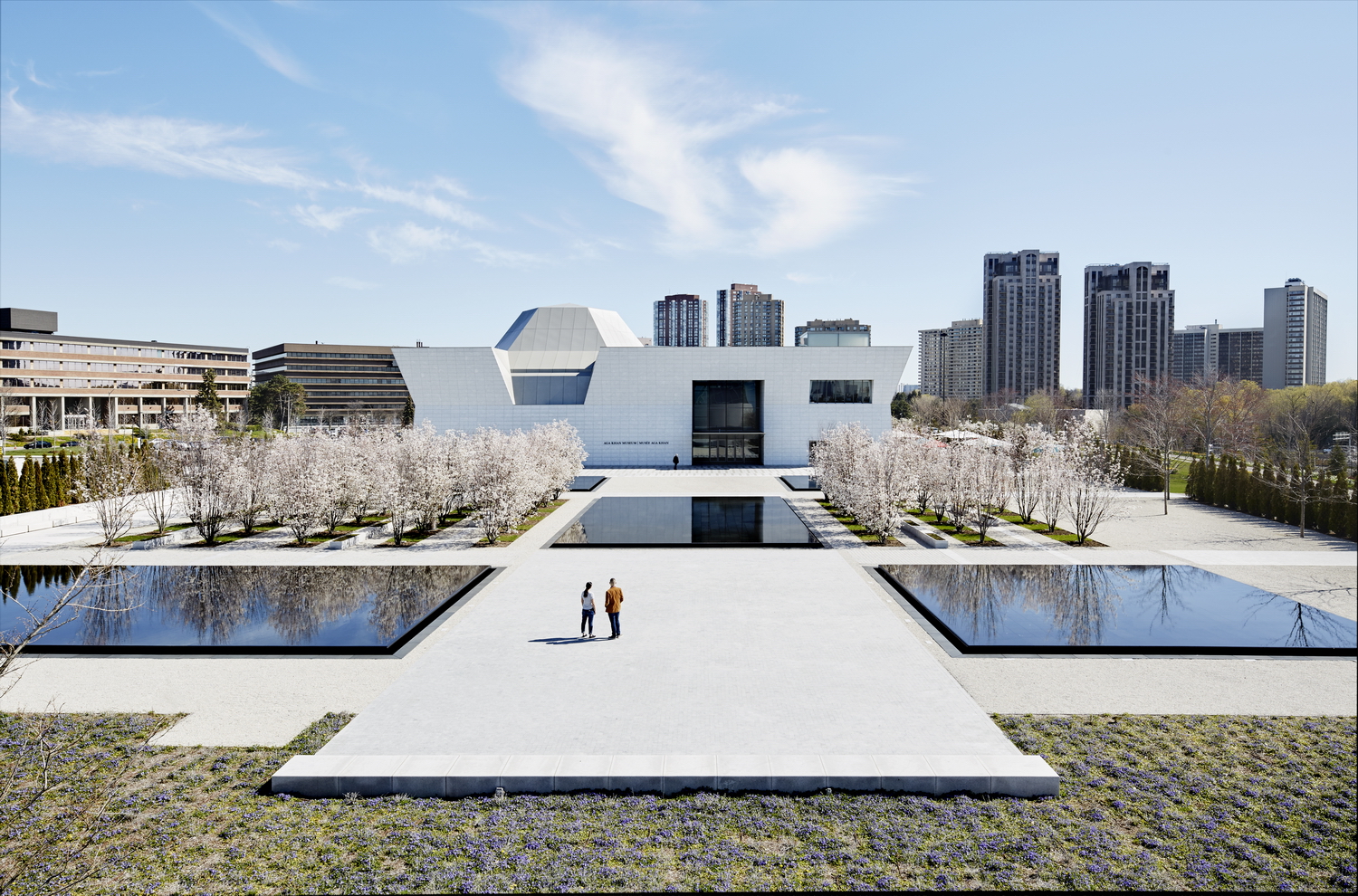 The Aga Khan Museum in Toronto, Canada is the first museum in North America dedicated to the arts of Muslim civilizations.
Copyright:
AKM / Janet Kimber