Edmonton, Canada, 7 April 2017 - A spectacular new garden will bloom in 2018 at the University of Alberta Botanic Garden, located 15 minutes southwest of Edmonton.

The Aga Khan Garden, Alberta was made possible by a contribution in excess of $25 million by His Highness the Aga Khan, Chairman of the Aga Khan Development Network (AKDN) and spiritual leader of the Ismaili Muslim community. The gift arises from the long-standing relationship between the University of Alberta and the Aga Khan, highlighted by a Memorandum of Understanding first signed with the Aga Khan University in 2006 and an honorary doctorate given to His Highness in 2009.

Thomas Woltz, of award-winning Nelson Byrd Woltz Landscape Architects, was asked by the Aga Khan to study other Mughal Islamic gardens while developing a design that also incorporates the plants and topography of Northern Alberta.

With secluded forest paths, wide, stepped terraces that change with the seasons, geometric water features that stream into wetlands and a spectacular orchard of local plants, the 4.8-hectare Aga Khan Garden will be an amazing experience for area residents and visitors alike. It will be situated around the existing Calla Pond at the heart of the University of Alberta Botanic Garden.

Believing that parks can be tools for social and economic benefit, His Highness has restored and built magnificent parks and gardens around the globe as part of the broader development programs of the AKDN, including parks in Cairo, Kabul and Delhi. (Aga Khan University is also part of the AKDN.)

The Aga Khan Garden is the first garden in Western Canada, the second in North America, and the 11th in the world to be supported by His Highness.

"On the 150th anniversary of Canada, it is appropriate that we are creating together a Mughal-style garden which echoes the great contributions that Muslims have made to world heritage,” said His Highness the Aga Khan. “The Mughals built the Taj Mahal and Humayun's Tomb and the gardens around them, so the university's embrace of this project is an inherently pluralistic act. The creation of this garden therefore both deepens an existing partnership and illustrates the pluralistic nature of this country. Measures like this should be encouraged, both here and abroad."

“Our diversity makes us stronger,” said Alberta Premier Rachel Notley. “This garden will serve as a living reminder of the diverse heritage of our open and welcoming province, which is a big part of what makes Alberta such a great place to live. On behalf of the province, I express my deep gratitude for this generous gift.”

The addition of the new Aga Khan Garden is expected to increase the number of annual visitors to the University of Alberta Botanic Garden from 75,000 to 160,000. An interpretive program will help visitors understand the featured plants and the art and design of the garden. Information about Islamic traditions, music, sound and poetry will also be provided.

The Aga Khan Garden is considered a gift that will celebrate both the 150th anniversary of Canada and the Diamond Jubilee celebrations that mark 60 years since the Aga Khan became the 49th Hereditary Imam of the Shia Imami Ismaili Muslims.

A new Memorandum of Understanding signed on April 7 between the University of Alberta and the Aga Khan University and its sister agencies in the AKDN serves as the foundation for academic, cultural and scientific exchanges in areas of interest and benefit to both institutions.

The University of Alberta Botanic Garden, part of the Faculty of Agricultural, Life & Environmental Sciences, is an award-winning visitor attraction, a 97-hectare research site and home to year-round adult and children's education programming.

Aga Khan Garden concept illustrations and video are available for download at: uab.ca/akgmedia

His Highness the Aga Khan is the 49th hereditary Imam (spiritual leader) of the Shia Ismaili Muslims and Founder and Chairman of the Aga Khan Development Network (AKDN), one of the largest private development agencies in the world. In Islam, religious leaders not only interpret the faith but also have a responsibility to help improve the quality of life in their community and in the societies amongst which they live. Since taking on his role as Imam in 1957, the Aga Khan has been deeply engaged in improving the quality of life of the most vulnerable populations, while emphasising the need to uphold human dignity as well as respect for tolerance and pluralism.

The University of Alberta in Edmonton is one of Canada’s top teaching and research universities, with an international reputation for excellence across the humanities, sciences, creative arts, business, engineering and health sciences. Home to 39,000 students and 15,000 faculty and staff, the university has an annual budget of $1.84 billion and attracts nearly $450 million in sponsored research revenue. The U of A offers close to 400 rigorous undergraduate, graduate and professional programs in 18 faculties on five campuses—including one rural and one francophone campus. The university has more than 275,000 alumni worldwide. The university and its people remain dedicated to the promise made in 1908 by founding president Henry Marshall Tory that knowledge shall be used for “uplifting the whole people.”

The Aga Khan University (AKU) is a leading academic institution in the developing world, with a particular emphasis on medical, nursing and teaching education. The AKU and the University of Alberta have had a strong, reciprocal relationship since 2006. Currently, more than 2,000 students are enrolled in an AKU programme, with 13,628 alumni around the world. Established in 1983, its primary campus is located in Karachi, Pakistan, with additional campuses in Kenya, Tanzania, Uganda, the United Kingdom and Afghanistan.

The many different activities of the Aga Khan Trust for Culture (AKTC) are informed by Islam’s humanistic tradition and service, charity and knowledge building. The work of the AKTC includes building and restoring a network of Islamic gardens around the world. This new network includes the new Aga Khan Garden, Alberta (to open in 2018) and the Aga Khan Park in Toronto, Ontario. Other programmes include the Aga Khan Award for Architecture, the Aga Khan Historic Cities Programme, the Aga Khan Music Initiative, the online resource ArchNet.org, the Aga Khan Program for Islamic Architecture at Harvard University and the Massachusetts Institute of Technology. 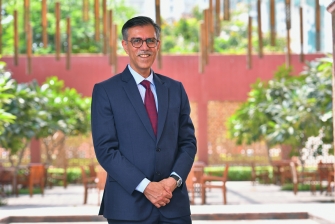 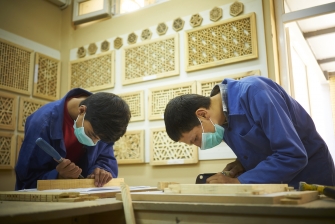