Independent Master Jury Will Select Recipients of US$ 1 Million Prize

Geneva, Switzerland, 4 December 2018 – The members of the Master Jury for the 2017-2019 Cycle of the Aga Khan Award for Architecture were announced today. The Jury, which independently selects the recipients of the US$ 1 million Award, will convene in January 2019 to select a shortlist from hundreds of nominated projects. 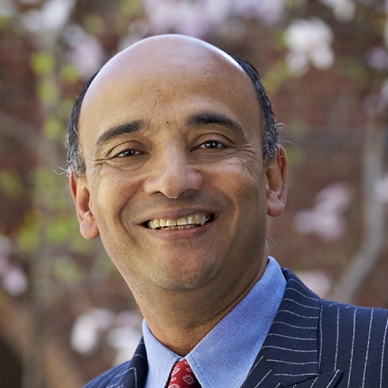 Kwame Anthony Akroma-Ampim Kusi Appiah.
Copyright:
AKDN
Kwame Anthony Akroma-Ampim Kusi Appiah, an Anglo-Ghanaian American philosopher, is a cultural theorist, and novelist whose interests include political and moral theory, the philosophy of language and mind, literary studies, and African and African-American intellectual history. He is the author of three novels and more than a dozen works of philosophy, including Cosmopolitanism: Ethics in a World of Strangers, Experiments in Ethics and The Honor Code: How Moral Revolutions Happen. In 2012, President Obama presented him with a National Humanities Medal.
Meisa Batayneh, founder and principal architect of maisam architects & engineers, with offices in Amman and Abu Dhabi, is engaged actively in social initiatives that are catalysts for architecture and urban design. In 2015, she was recognised as the Leading Arab Woman Architect. Over her long and distinguished career, Ms. Batayneh has led multi-disciplinary teams on large-scale international and regional projects in USA, Pakistan, Cyprus, Saudi Arabia, Egypt, UAE and Jordan, and won many regional and international awards. 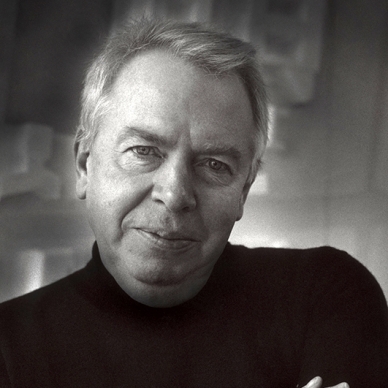 Sir David Chipperfield.
Copyright:
AKDN
Sir David Chipperfield established David Chipperfield Architects in London in 1985, a practice that has built over 100 projects for both the private and public sectors, as well as civic projects and urban masterplans. Among the practice’s major completed works are the rebuilding of Neues Museum in Berlin; an MBA building for the HEC Paris School of Management; the Saint Louis Art Museum in Missouri, USA; the Museo Jumex in Mexico City; the Amorepacific Headquarters in Seoul; and a major redevelopment of the Royal Academy of Arts in London. 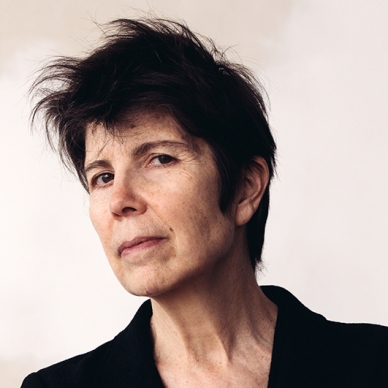 Elizabeth Diller.
Copyright:
AKDN
Elizabeth Diller is a founding partner of Diller Scofidio + Renfro (DS+R), a design studio whose practice spans the fields of architecture, urban design, installation art, multi-media performance, digital media, and print. Ms. Diller is also Professor of Architecture at Princeton University. Ms. Diller has been twice distinguished with Time magazine’s “100 Most Influential People”. She also received the first MacArthur Foundation fellowship awarded in the field of architecture. She is currently working in New York on The Shed and the expansion of MoMA (both opening in 2019). 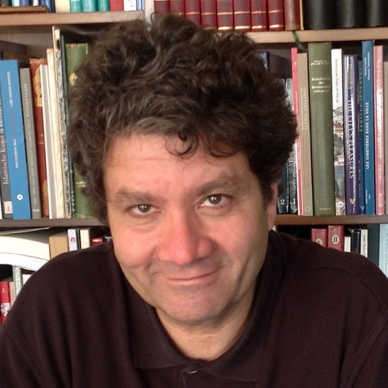 Edhem Eldem.
Copyright:
AKDN
Edhem Eldem is a Professor of History at Boğaziçi University (Istanbul) and holds the International Chair of Turkish and Ottoman History at the Collège de France. He has also taught at Berkeley, Harvard, Columbia, EHESS, EPHE, ENS, and was a fellow at the Wissenschaftskolleg, Berlin. He has worked and published on topics such as the Levant trade, funerary epigraphy, the Imperial Ottoman Bank, Orientalism and Westernisation, Istanbul at the turn of the twentieth century, and the history of archaeology, museology, and photography in the Ottoman Empire. 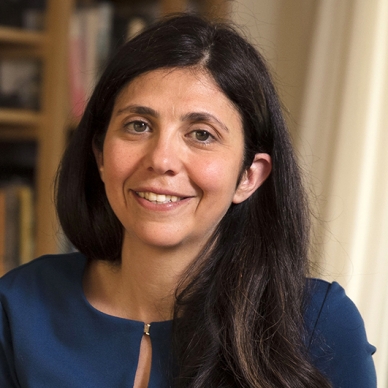 Mona Fawaz.
Copyright:
AKDN
Mona Fawaz is Professor in Urban Studies and Planning, the Coordinator of the Master in Urban Planning, Policy and Design, and the director of the Social Justice and the City research programme at the Issam Fares Institute of Public Policy at the American University of Beirut. Her scholarly interests include methods to make cities more inclusive. Her research spans across urban history and historiography, social and spatial justice, informality and the law, property and space, as well as planning practice, theory and pedagogy. 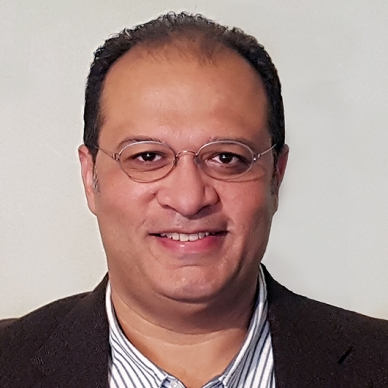 Kareem Ibrahim.
Copyright:
AKDN
Kareem Ibrahim is an Egyptian architect and urban researcher who worked on UNDP’s Historic Cairo Rehabilitation Project and on the Darb al-Ahmar project, one of Cairo’s most ambitious urban revitalisation programmes. Between 2010 and 2017, he worked as Senior Development Manager for one of Cairo’s largest real estate development projects. Currently, he is the CEO of Takween Integrated Community Development and the Director of the “Rediscovering Esna’s Cultural Heritage Assets” project, which is aimedat the revitalisation of the city centre of one of Upper Egypt’s historic cities. 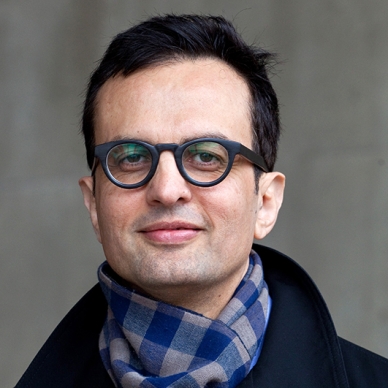 Ali M. Malkawi.
Copyright:
AKDN
Ali M. Malkawi, a professor at Harvard University’s Graduate School of Design, is founding director of the Harvard Center for Green Buildings and Cities and Co-Area Head Master of Design for Energy and Environments. His projects and efforts are focused on building simulation, energy conservation and sustainability. He has consulted on large projects, including airports, “super” towers, industrial factories, and commercial and residential projects. Professor Malkawi is the recipient of several grants and awards, including the Jordan Star of Science from the King of Jordan. 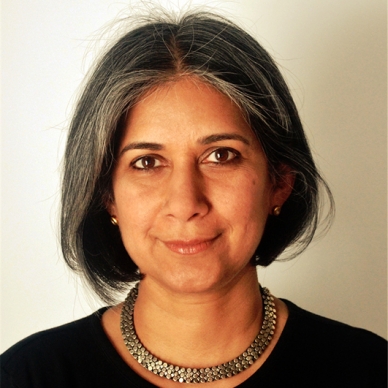 Nondita Correa Mehrotra.
Copyright:
AKDN
Nondita Correa Mehrotra is an architect working in India and the United States. As principal of RMA Architects, she has been involved in the design of major international projects, such as the Lab of the Future at Novartis’ Basel campus. She has also worked with Charles Correa Associates on several projects, including the Brain and Cognitive Sciences building at MIT. As Director of the Charles Correa Foundation, she is involved in research, publications and projects focused on the improvement of the built habitat.

Once the Master Jury selects a shortlist, the shortlisted projects are then subjected to rigorous on-site reviews by independent experts, most of them architects, conservation specialists, planners or structural engineers. The Jury meets for a second time in summer 2019 to examine the on-site reviews and select the final recipients of the Award.

The selection process emphasises architecture that not only provides for people’s physical, social and economic needs, but that also stimulates and responds to their cultural aspirations. Particular attention is given to building schemes that use local resources and appropriate technology in innovative ways and to projects likely to inspire similar efforts elsewhere.

The Aga Khan Award for Architecture is part of the Geneva-based Aga Khan Trust for Culture (AKTC), which has a wide range of activities aimed at the preservation and promotion of the material and cultural heritage of Muslim societies. Its programmes include the Aga Khan Historic Cities Programme (AKHCP), which works to revitalise historic cities in the Muslim world, both culturally and socio-economically. Over the last decade, it has been engaged in the rehabilitation of historic areas in Cairo, Kabul, Herat, Aleppo, Delhi, Zanzibar, Mostar, northern Pakistan, Timbuktu and Mopti.

The programmes of AKTC also include the Aga Khan Music Awards, an interregional music and arts education programme with worldwide performance, outreach, mentoring, and artistic production activities; the Education Programme, which aims to promote broader and deeper awareness among young people of the philosophy and values that underpin the efforts of the Trust; and the Aga Khan Museum in Toronto, which provides visitors with a window into the artistic, intellectual, and scientific contributions of Muslim civilisations to world heritage.

The Trust also supports the Aga Khan Program for Islamic Architecture (AKPIA) at Harvard University and the Massachusetts Institute of Technology (MIT) as well as www.ArchNet.org, a major online resource on Islamic architecture.

More information on the Award, the Trust and the other activities of the Aga Khan Development Network (AKDN) can be found on our website: www.akdn.org.