Speaking at the event, President Filipe Jacinto Nyusi observed that the Academy reflected the longstanding partnership between the Government, the Ismaili Imamat and the Aga Khan Development Network (AKDN). “We have been following the positive impact of various socio-economic projects undertaken by the Aga Khan Development Network, which greatly contribute to the progress of Mozambique, in line with our country's own development programme,” he said.

The Academy – located in Matola, a 30-minute drive from the centre of Maputo, Mozambique’s capital – is the third school in an integrated global network of non-profit, non-denominational, residential Academies. The Aga Khan Academies reflect the vision of His Highness the Aga Khan, founder and Chairman of the AKDN, to support the development of leaders who possess a strong sense of ethics and civic responsibility, and will positively contribute to their country’s future. The Academies provide talented girls and boys, ages 3 to 18, from all backgrounds, with an all-round education of the highest international standards. Students are selected on merit, irrespective of their ability to pay. Today, 50 per cent of students receive some level of scholarship funding.

The inauguration ceremony of the not-for-profit, day and residential school was held on the grounds of the Aga Khan Academy’s 22-hectare campus. It was attended by former President of the Republic of Mozambique Joaquim Alberto Chissano, senior Mozambican government officials, ambassadors, diplomats, representatives of the Agence Française de Développement (AFD), as well as leaders of civil society organisations, Academy faculty, students and parents.

Addressing the audience, President Rebelo de Sousa noted that he had been closely following the implementation of AKDN projects in the country and the impact they made. “This Academy is the result of our joint development agenda and partnership. I am convinced Mozambique will continue to prosper, provide access to education of international standards and build human capital.” 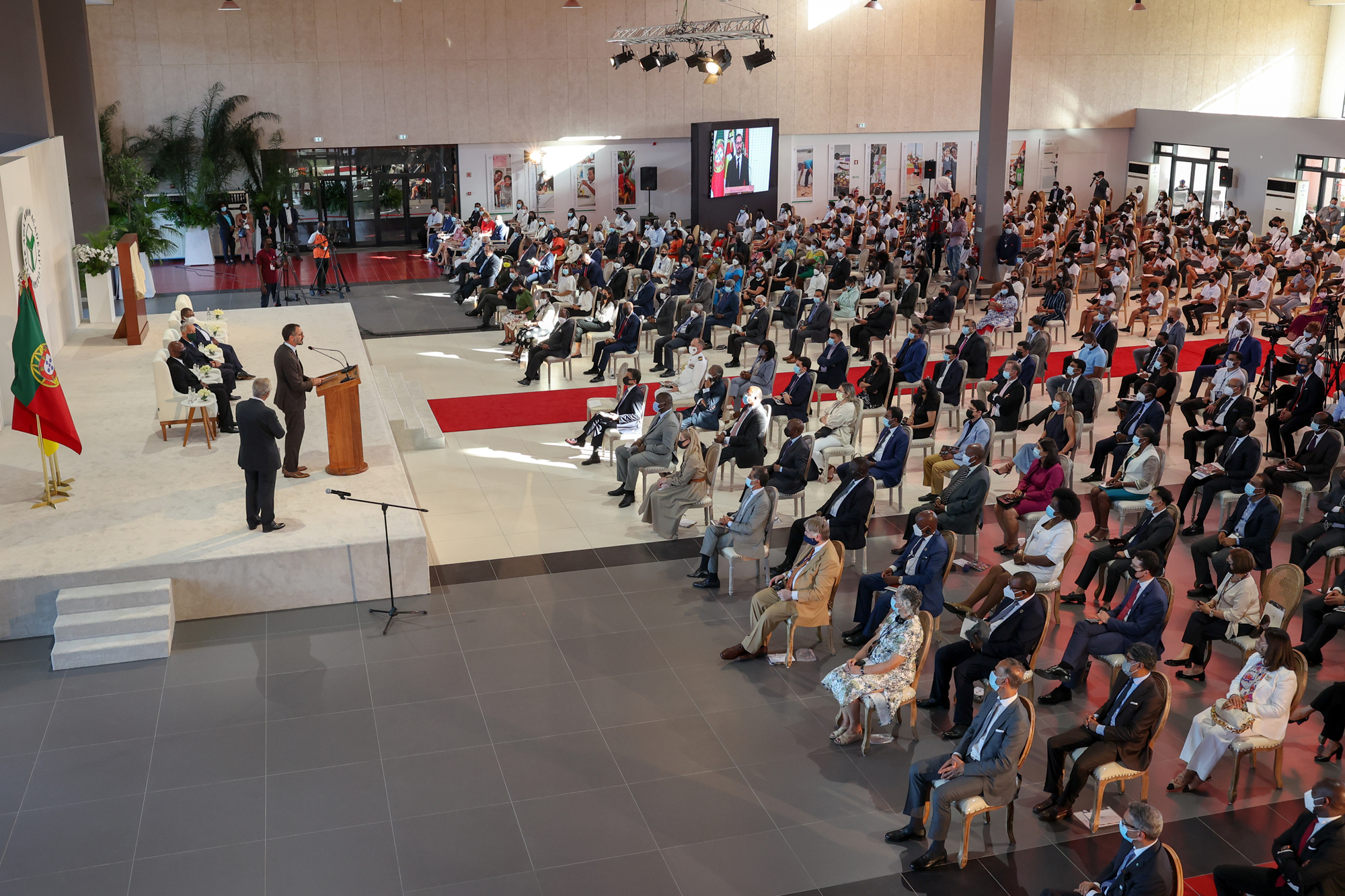 Speaking on behalf of His Highness the Aga Khan, Prince Rahim expressed his appreciation to His Excellency President Nyusi for his friendship and support for the Academy. “Under your leadership, the Mozambican authorities provided the enabling conditions for this project to see the light of day,” he said. He also thanked both President Rebelo de Sousa and former President of the Republic of Mozambique Joaquim Alberto Chissano for their ongoing support to ensure that quality education is made available to Mozambican students.

Prince Rahim also shared a special message with the students present at the inauguration, encouraging them to be leaders of their own futures: “Throughout your studies and youth, adults will tell you that the future is ahead of you. I want to tell you that the future is what you leave behind you, shaped by every one of your actions and your statements and your decisions. The future follows behind you in the path that you choose,” he said.

“This Academy is an institution born of past decisions and past actions, which now will shape the future: your future, the future of your families, and the future of this beautiful country, Mozambique.”

The first Aga Khan Academy was established in 2003 in Mombasa, Kenya, and a second in Hyderabad, India in 2013. A fourth Academy is expected to open in Dhaka, Bangladesh in August 2022. The design process has also commenced for an Academy in Lisbon, Portugal.

Graduates of the Aga Khan Academies have gained admission to some of the world’s leading universities, having been awarded scholarships of over US$ 63 million in the past five years. They have demonstrated a sustained commitment to community service, and a desire to support the development of their countries and regions of origin.

The Aga Khan Academies are committed to strengthening the profession of teaching and building teaching capacity throughout their respective regions. Each Academy incorporates a Professional Development Centre (PDC) for teacher training and curricular innovation for its faculty, as well as for public sector teachers. Over 1,300 teachers from 16 government and other schools in Maputo Province have completed professional learning programmes at the PDC, with a focus on literacy, numeracy and school leadership. Six thousand teachers and teacher-trainers across over 840 schools have so far been trained at the two PDCs in Africa.

The Aga Khan Academy Maputo has partnered with AFD to support the construction of the Academy’s campus and the sharing of best practices. AKDN and AFD work together across an extensive range of projects in education and health care in regions of Africa and Asia where needs are most prevalent. In Kabul, Afghanistan, for example, the French Medical Institute for Mothers and Children (FMIC) was established through a unique partnership between AFD, the Government of Afghanistan, French NGO La Chaine de L’Espoir and AKDN. In Nairobi, Kenya, AFD has partnered with the Aga Khan University Hospital Nairobi to establish a world-class Heart and Cancer Centre.

The Academy offers the International Baccalaureate (IB) curriculum, promoting academic excellence, critical thinking, service and action, leadership skills, social responsibility and a pluralistic outlook. International exchanges and collaboration amongst students and teachers from different Aga Khan Academies are a key feature of the programme. Students develop cross-cultural perspectives, international awareness and open-mindedness, alongside a stronger sense of their own local roots and cultural identity.

Since 2001, the AKDN has committed US$ 350 million, including donor funding, in Mozambique, directly reaching over half a million beneficiaries. Its programmes in agriculture, food security, education, health, strengthening civil society, and disaster preparedness and response have improved the quality of life and opportunities for vulnerable populations of all faiths and backgrounds across Mozambique.

For more information, please write to: