Islamabad, Pakistan, 17 January 2008 ─ A US$959,239 grant was signed with Aga Khan Foundation today to alleviate economic and social poverty in Northern Pakistan through improvement in housing and living conditions. This initiative will be implemented by Aga Khan Planning and Building Service, (AKPBS, P) under their Building and Construction Improvement Programme (BACIP). AKPBS, P has been a winner of 2005 ALCAN Prize for Sustainability and the 2006 BSHF World Habitat Award for its efforts to improve water and sanitation projects and for improving housing conditions in Pakistan. This project is part of the World Bank administered Japan Social Development Fund (JSDF) which funds innovative projects that provide direct assistance to the poorest and most vulnerable groups.

The objective of this grant is to promote the use of affordable Energy Efficient and House Improvement (EE & HI) products through village level awareness programs and installation of demonstration products in local households. In addition it will fund training and capacity building of local manufacturers, installers, retailers, communities, and other relevant institutions for production, adoption and marketing of EE&HI products and technologies. This grant is expected to significantly reduce the level of indoor pollution and smoke-related diseases that the current use of biomass fuel causes in mostly women and children of the Northern Areas. In addition, the project is structured to produce these products locally resulting in economic gains for local communities. “This project holds tremendous potential to improve the living conditions of people in the Northern Areas of Pakistan. The market-based strategy it proposes to use is particularly commendable since it promises to make the project sustainable fairly quickly,” said Yusupha Crookes, World Bank Country Director for Pakistan. “We are proud to be partnering with the Japanese Government to fund innovative ideas such as these which empower communities to take charge of their own development. Mr. Seiji Kojima, Ambassador of Japan to Pakistan said that he is very glad to witness the signing of the Agreement between the World Bank and Aga Khan Foundation. He said he believes that this joint effort of the WB, Aga Khan Foundation and Japan will certainly improve the environment situation, living conditions and the health problem faced by the people of the region, especially the women, in the remote mountain valleys in Northern Pakistan. He also hopes that once this project is completed, it will be self sustainable. Speaking on the occasion, Mr. Al-Nashir Jamal- Chief Executive Officer of the Aga Khan Foundation (Pakistan) said that the project will address issues of both poverty and in-door housing pollution in the Northern Areas of Pakistan by improving livelihoods and creating new economic opportunities. He said that an important element of the project will be to promote the link between improved housing and socio-economic development, through interactions between professionals, NGOs, government line departments and other social organizations in the Northern Areas. Mr. Jamal added that the Aga Khan Development Network (AKDN) has a long history of development work in the Northern Areas through a number of AKDN Agencies and appreciated and acknowledged the support and cooperation provided by the World Bank, the Government of Pakistan and the Government of Japan, and hoped that this partnership will grow and assist in the development of the Northern Areas. NOTES Since inception in 1944, the World Bank has expanded from a single institution to a closely associated group of five development institutions. Its mission evolved from the International Bank for Reconstruction and Development (IBRD) as facilitator of post-war reconstruction and development to the present day mandate of worldwide poverty alleviation in conjunction with its affiliate, the International Development Association. The World Bank is a vital source of financial and technical assistance to developing countries around the world. We are not a bank in the common sense. Each institution plays a different but supportive role in our mission of global poverty reduction and the improvement of living standards.  The Aga Khan Foundation, an institution of the Aga Khan Development Network (AKDN), is a non-denominational, international development agency established in 1967 by His Highness the Aga Khan. Its mission is to develop and promote creative solutions to problems that impede social development, primarily in Asia and East Africa. Created as a private, non-profit foundation under Swiss law, it has branches and independent affiliates in 15 countries. It is a modern vehicle for traditional philanthropy in the Ismaili Muslim community under the leadership of the Aga Khan. The Aga Khan Development Network (AKDN) was founded by His Highness the Aga Khan, 49th Hereditary Imam (spiritual leader) of the Ismaili Muslims. It is a group of private, non-denominational development agencies working to empower communities and individuals to improve living conditions and opportunities, especially in sub-Saharan Africa, Central and South Asia, and the Middle East. The Network’s nine development agencies focus on social, cultural and economic development for all citizens, regardless of gender, origin or religion. The AKDN’s underlying ethic is compassion for the vulnerable in society. Its annual budget for philanthropic activity is in excess of US$300 million. For more information, please contact: Mr. Yusupha Crookes World Bank Country Director for Pakistan The World Bank Islamabad, Pakistan Tel: +92 (0) 51 2279641 Fax: +92 (0) 51 2279648,9 Mr. Al-Nashir Jamal Chief Executive Officer Aga Khan Foundation Islamabad, Pakistan Tel: +92 (0) 51 111-253-254  Fax: +92 (0) 51 227-6815 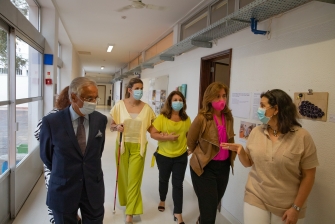 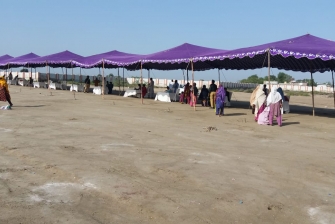