Skip to main content
Sumitra Devi: Improving the health of her family
hide

Sumitra Devi, 35 years old, lives in Sakra, a village in the state of Bihar, India. Her household includes her husband (an agricultural labourer), son, parents-in-law, brother-in-law, and his family in a small brick house with two rooms. Until earlier this year, the family of nine did not have access to a toilet. Instead, they had to walk out to the fields behind their house to relieve themselves.

To mark World Water Day on 22 March, we are exploring the connections between clean water and sanitation – and the central role that women like Sumitra Devi are playing in improving the health of their families, their communities, and their environment.

The Aga Khan Development Network’s Comprehensive Sanitation Initiative, which was launched in 2015, will reach at least 700,000 individuals -- with a special focus on women, girls, and marginalised groups – supporting the construction of toilets in 100,000 rural households, improved sanitation in 538 government schools, and the establishment of community-run sanitation blocks and drinking water projects.

In this interview, Sumitra Devi discusses why her family decided to construct a toilet, and what has changed since the family has had access to sanitation. She also highlights the information and support she received from the Aga Khan Rural Support Programme (AKRSP), one of several partner organisations implementing the sanitation initiative. 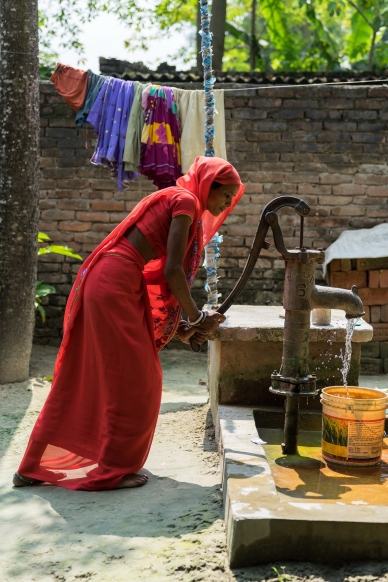 Sumitra Devi at her water pump, Muzaffarpur, Bihar, India.
Copyright:
AKDN / Christopher Wilton-Steer
Can you tell us why, after so many years, your family decided to construct a toilet?

Sumitra Devi (SD): Our decision to build a toilet happened after I joined the village water user group responsible for managing a community drinking water scheme. For many years, [our village] had faced problems getting clean water and were falling sick from the water available. With the Aga Khan Rural Support Programme’s help, we set up a community drinking water scheme in our village. As well as being able to get clean water, we also learned how to manage the water and other important lessons in hygiene. As we got to know more about the importance of personal hygiene and its impact on our health during the community meetings, we understood the health risks of open defecation. That was when I started to discuss constructing a toilet with my family.

Did you face any obstacles to constructing a toilet and, if so, how did you overcome these?

SD: At first, my husband’s family were very against the idea of constructing a toilet, and said to me: “We’ve managed so long without one why should we invest in this now?” They didn’t understand the health risks of open defecation and were also really against the idea of having a toilet in the house. As we have so little space, they were worried that it would pollute the home. After discussing these issues during a community meeting, AKRSP field staff suggested that my family consider constructing a toilet at the back of our garden. They also told me that we would could get a government subsidy that would help us cover the cost of constructing the toilet. With this information, I went back to my family and told them this time how we could go about getting a toilet.

It sounds like it was pretty difficult to get your family onboard. Why did you continue insisting on having a toilet?

SD: As well as learning about the negative health impacts open defecation has on people’s health, especially children’s, the positive feedback I heard from other women I knew in the village who had recently constructed toilets made me even more certain that it would make life easier for my family, especially the women. We were all walking long distances early in the morning or late at night to relieve ourselves, and this was taking a lot of time, especially for my mother-in-law, who is old and tires out easily.

You now have a toilet. Does everyone in your family use it, and what change do you think it’s made to all of your lives?

SD: We constructed the toilet just before the monsoons, and since then, every family member has been using it and commenting on how it has made their lives easier! My mother-in-law often tells us how much happier she is now that she doesn’t have to walk out to relieve herself and has even taken on the responsibility of checking that the toilet is working and clean. My son and husband also tell me that they’re glad we have built a toilet as it is much more convenient and feels cleaner to them. For me, I’m so glad that my family have access to clean water and a clean toilet, and I’ve noticed that we all feel healthier. Although it is small, our toilet has made a big change to our lives. 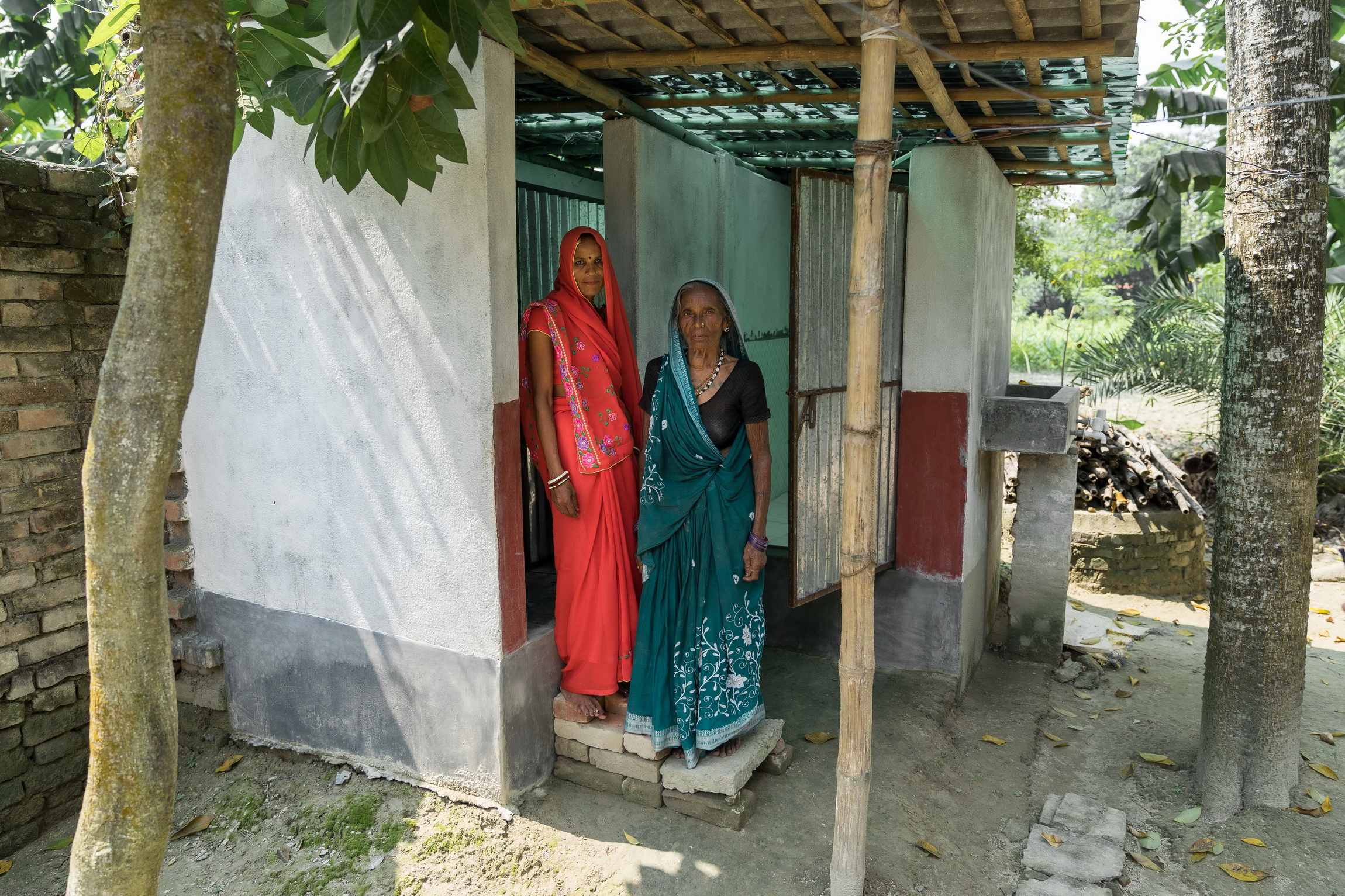 Adapted from an article originally published on the Aga Khan Foundation Canada website.