The Institute for the Study of Muslim Civilisations
Aga Khan University

Religious popular culture is a phenomenon on the rise, and a new generation of Muslim artists is using music, film, graphic novels, books and photography to express their identity.

Mass-media art forms reach many young Muslims, and Professor Jonas Otterbeck, of AKU’s Institute for the Study of Muslim Civilisations, is delving into the study of popular culture and how it is actively relating to religion.

His research seeks to explore how Muslims relate to religion with the help of popular culture, thus garnering valuable insights into topics such as young Muslims' faith, heritage, cultural identities, etc. 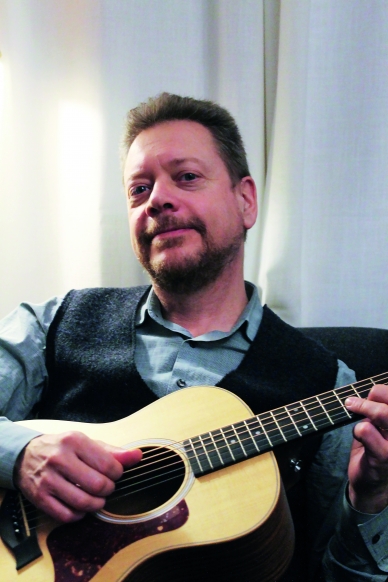 Today’s believers are attuned to popular narratives about religion, as well to how their faith is portrayed in the mass media. The essence of the research was to look at all aspects of a product and to analyse how different elements of the process—such as the marketing of artists, their artistic choices and the emergence of digital culture— impacted the artists’ aim of being perceived as producing ethical music.

Professor Otterbeck's work is anthropological in nature and goes far beyond analysing the content of songs in relation to broader themes. His research explores ideas of how artists seek to achieve an ‘ethical masculinity’ to legitimise their work and how this vision is being consumed and related to by the audience and listeners.

Professor Otterbeck's most recent work sheds light on how the global media company, Awakening, which launched the careers of celebrated music artists like Sami Yusuf and Maher Zain, manages its goal of being recognised as a company with artists that promote a positive image of Islam.

Besides his passion for music, Professor Otterbeck's interest in this trend was sparked by a fascination with how a growing group of Muslim pop artists from all over the world were being positioned as Islamic pop stars.

He had long been interested and kept track of this phenomenon called pop Nashid or Islamic pop music that first came on the scene in the mid-90s in places like Malaysia, Canada, South Africa and the United Kingdom.

As he set out to explore this emerging phenomenon, he met the founders of Awakening and commenced a three year-long study of the company and music. His research took him on tour with some of the most well-known pop stars, allowing him unparalleled access and insight into this new trend.

In the long-term, Professor Otterbeck aims to build a research environment in London that explores how this kind of popular culture is related to in local contexts worldwide, alongside an analysis of the art and the creative artists producing it.