Daler Jumaev, General Director of Tajikistan’s Pamir Energy (part of the Aga Khan Fund for Economic Development), spoke at the World Hydropower Congress 2019 in Paris about bringing clean and affordable energy to Tajikistan and neighbouring Afghanistan.

It was 6:57pm on 9 September 2018. We turned on electricity for the township of Murghab. Within two minutes, a wave of celebration came from the streets as light bulbs flickered on for the first time. We watched and listened across the river, where the hydropower plant is located. It was magical. It was one of those moments when I felt like I could die in peace now.

For those of you who have not heard of Murghab, this is a district in the Far East of Tajikistan bordering China and the Kyrgyz Republic. It makes up 27% of Tajikistan’s surface area but only 0.2% of the population. It is mountainous, dry, and over 3,600 meters above sea level. It looks like the moon. People here subsist on cow and yak farming, and relied on dried dung to heat their homes in winter. There was no electricity to cook, to see at night, or study. And there’s no Netflix. It’s a tough place to live. 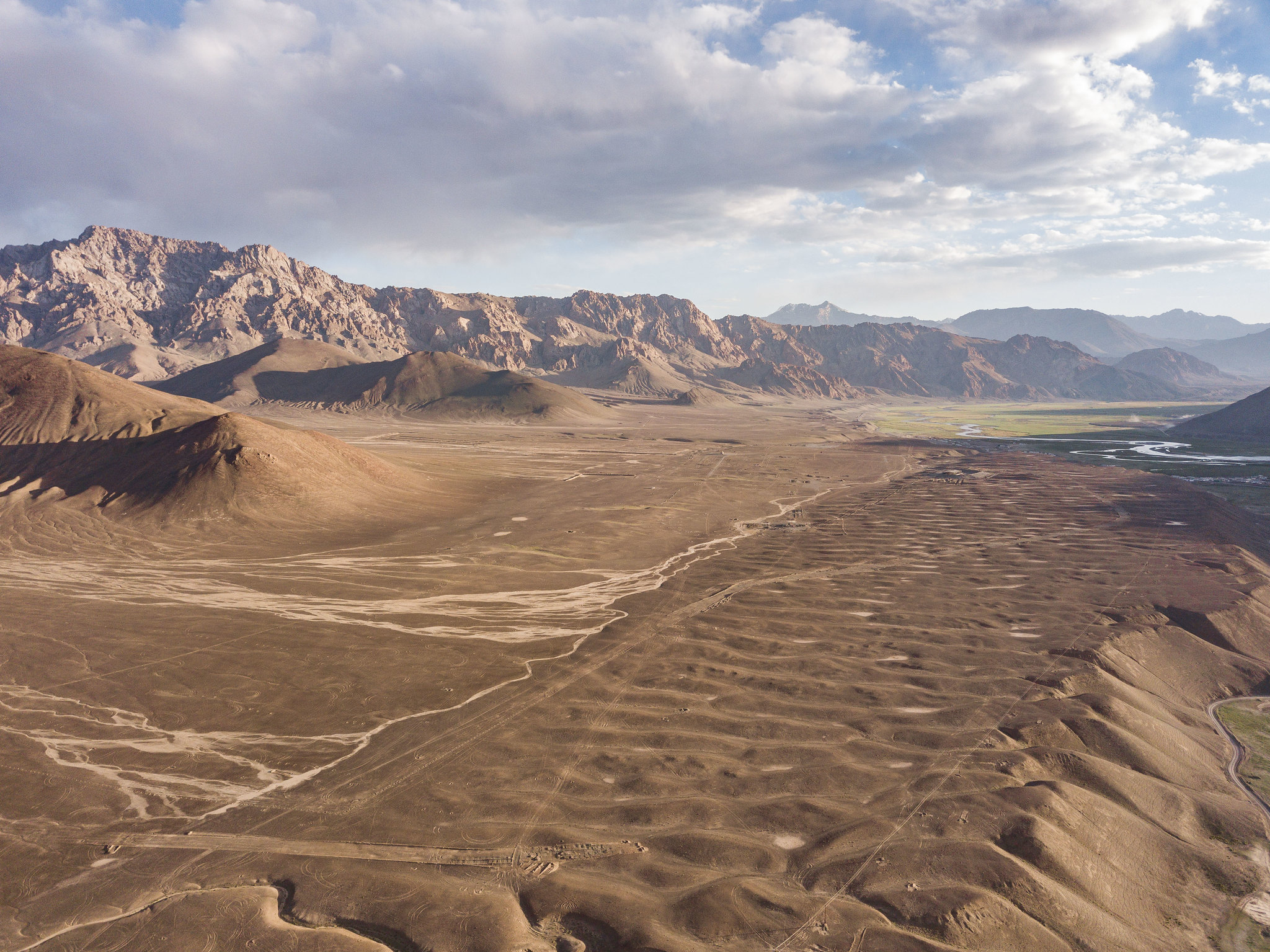 The Pamir Energy company is based in the high mountains of eastern Tajikistan, where it is common to have bitter winters and, increasingly, earthquakes, avalanches and mudslides. The area is also socially complex, bordering China, the Kyrgyz Republic and Afghanistan.
Copyright:
AKDN / Christopher Wilton-Steer

I am starting with this story because, in everything that we do, no matter how complicated or technical, it is critical to always remember why we are doing this and what matters most: the people we serve.

There are two main things our experience has taught us. First, small-scale hydropower operations are not to be underestimated, especially for rural and remote communities. Second, the private sector can play an integral role in all of this. We can be a facilitator, or the glue, for strong collaboration amongst development partners and the government. Through these partnerships, we can also address all aspects of energy systems – from generation to transmission to distribution – and ensure efficient, sustainable systems for everyone. 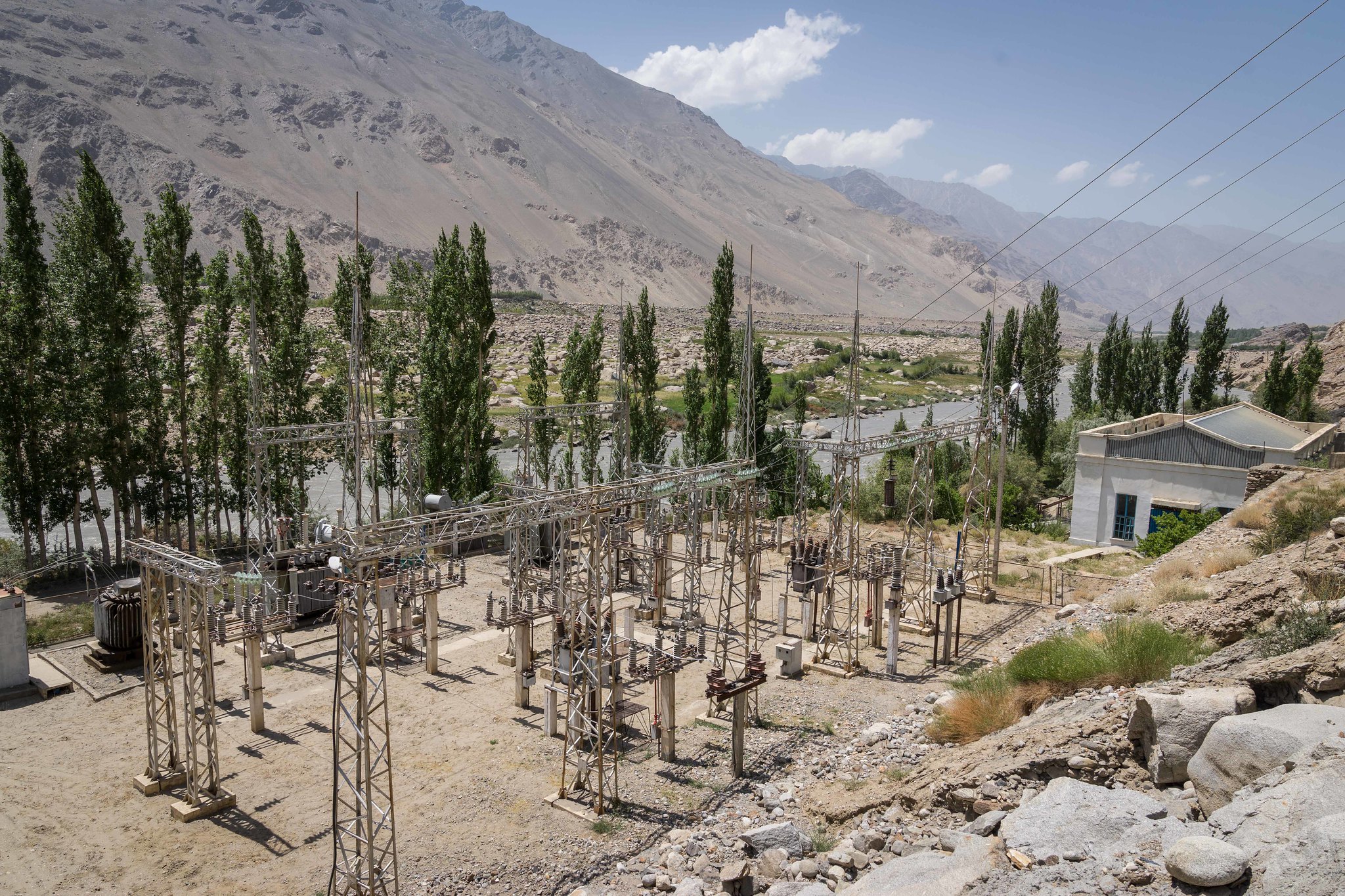 With the construction of the Ishkashim Hydro Power Plant in 2013, Pamir Energy began exporting surplus energy from the cross-border regions of Tajik Ishkashim into Afghan Ishkashim.
Copyright:
AKDN / Christopher Wilton-Steer

In 2002, Pamir Energy was formed with financial support from the Aga Khan Fund for Economic Development – our primary shareholder – as well as the World Bank, IFC, and SECO under a Concession Agreement with the Government of Tajikistan. We took over the management and operation of all energy assets in Badakhshoni Kuhi, which is the wider region where Murghab is located. As such, we are the first Public Private Partnership (PPP) in Central Asia.

The part of Eastern Tajikistan where we work in is harsh — socially, politically, economically, and also environmentally. Badakhshoni Kuhi borders China, the Kyrgyz Republic, and Afghanistan. We operate in high mountains with earthquakes, avalanches, mudslides, and bitterly cold winters. In this complex environment, we also could not have been successful without the continuing support and guidance of the Government of Tajikistan and the regional government in Badakhshoni Kuhi.

To set the stage: Badakhshoni Kuhi is the less developed region in Tajikistan, with 40% living below the poverty line. In Soviet times, over 70% of our energy was provided by diesel generators run entirely on imported fuel from Russia. After the fall of the Soviet Union, not a single diesel power plant was operating. In 2002, when Pamir Energy took over operations, only 13% of households were receiving electricity – and even then for just 12 hours a day, with frequent interruptions. 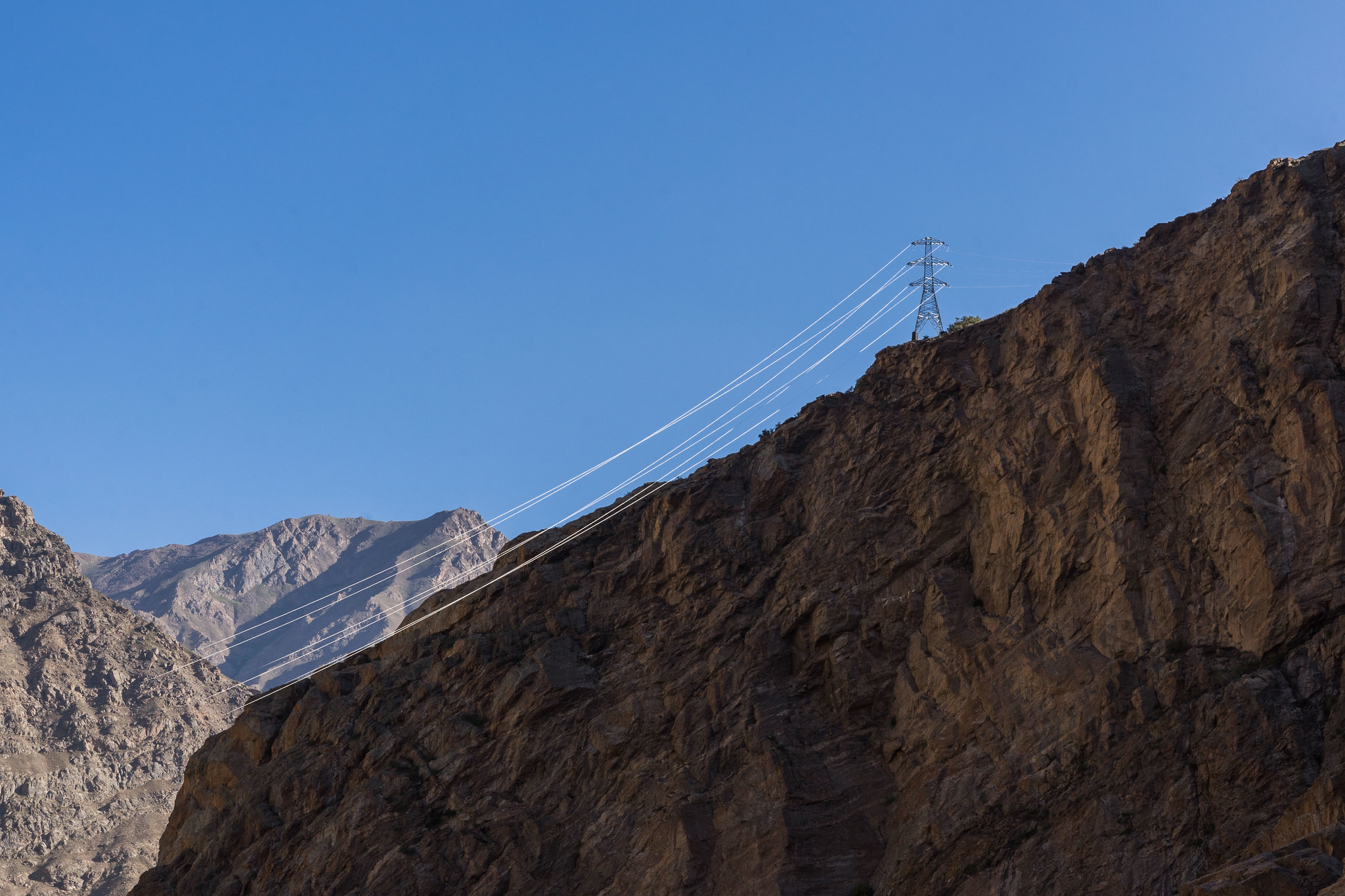 Pamir Energy supplies reliable, clean, affordable electricity 24/7 to 96% of the population of Badakhshoni Kuhi in Eastern Tajikistan. We have reduced transmission losses from 39% in 2006 to 10% in 2018. We have implemented over 30 projects; fully rehabilitated most of the 11 hydropower plants, totalling a little more than 44 MW in generation capacity; and we have a 12th  Hydro Power Plant (HPP) with generation capacity of 11MW on the way. Through efficiencies and smart technologies, we are able to operate the entire utility at an average weighted tariff of 3.25 US cents per kWh for the end users – which happens to be the lowest private tariff in the world.

All this refutes a number of stereotypes about small-scale hydropower. These are not just Band-Aids. Large-scale operations are not the only ones that will lead to sustainability. Our success proves that small-scale HPPs can provide reliable, clean, and affordable electricity over the long-term. Indeed, I would argue that small-scale is the best solution for our region, given the topography, the distribution of resources, and the remoteness. 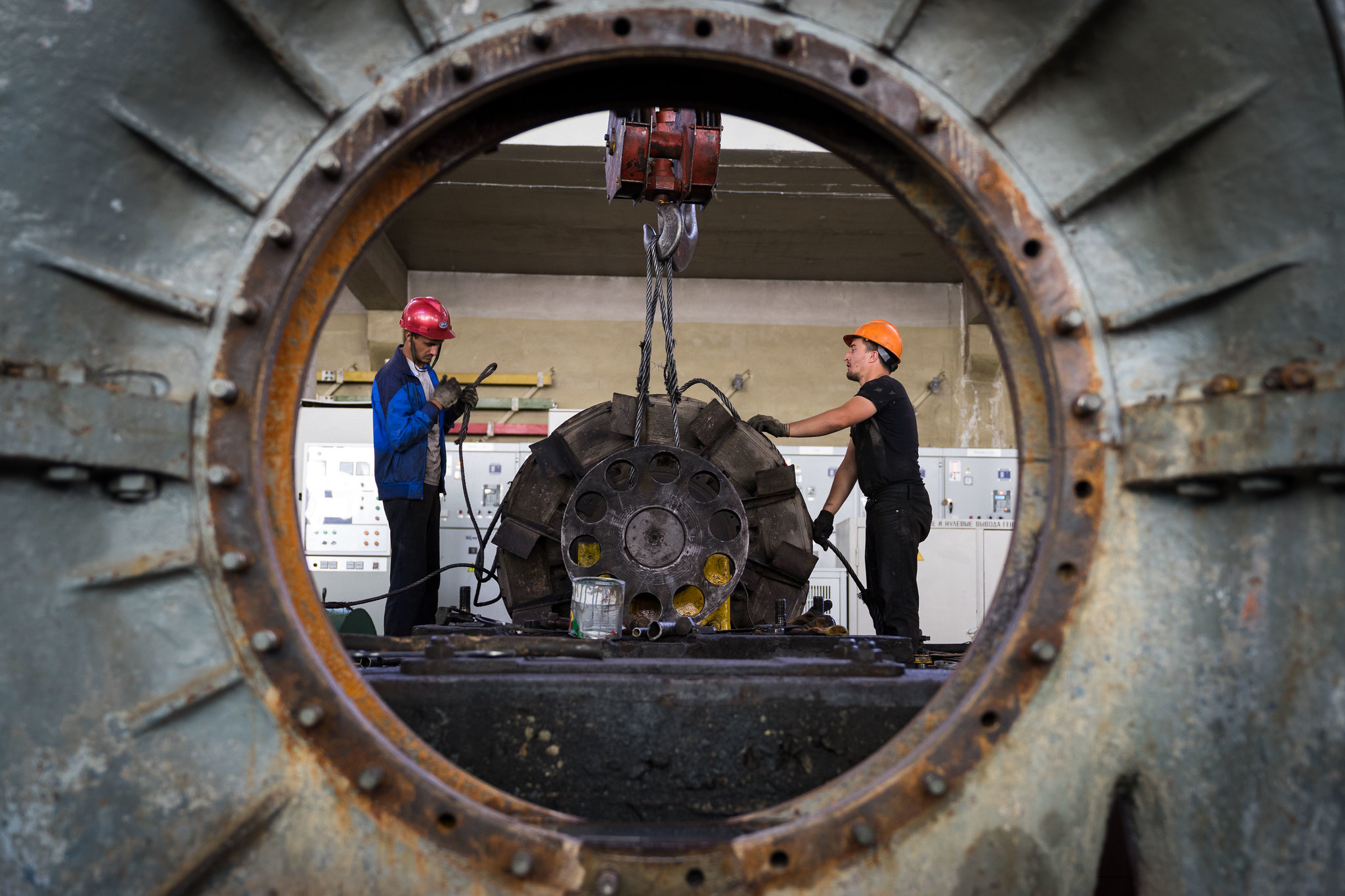 Pamir Energy has implemented over 30 projects, including the full rehabilitation of 11 hydropower plants, totalling a little more than 44 MW in generation capacity (a 12th plant with a generation capacity of 11MW is on the way). Its success proves that small-scale hydropower plants can provide reliable, clean and affordable electricity -- 24 hours a day -- over the long-term.
Copyright:
AKDN / Christopher Wilton-Steer

The social impact of electricity has also been incredible to witness. Not only have our operations created thousands of jobs, the gender impact has been even greater. Electricity has reduced the time that women have to spend collecting firewood and cooking, for example, liberating five hours a day for them to pursue other activities – whether studying, starting small enterprises, or building their community. 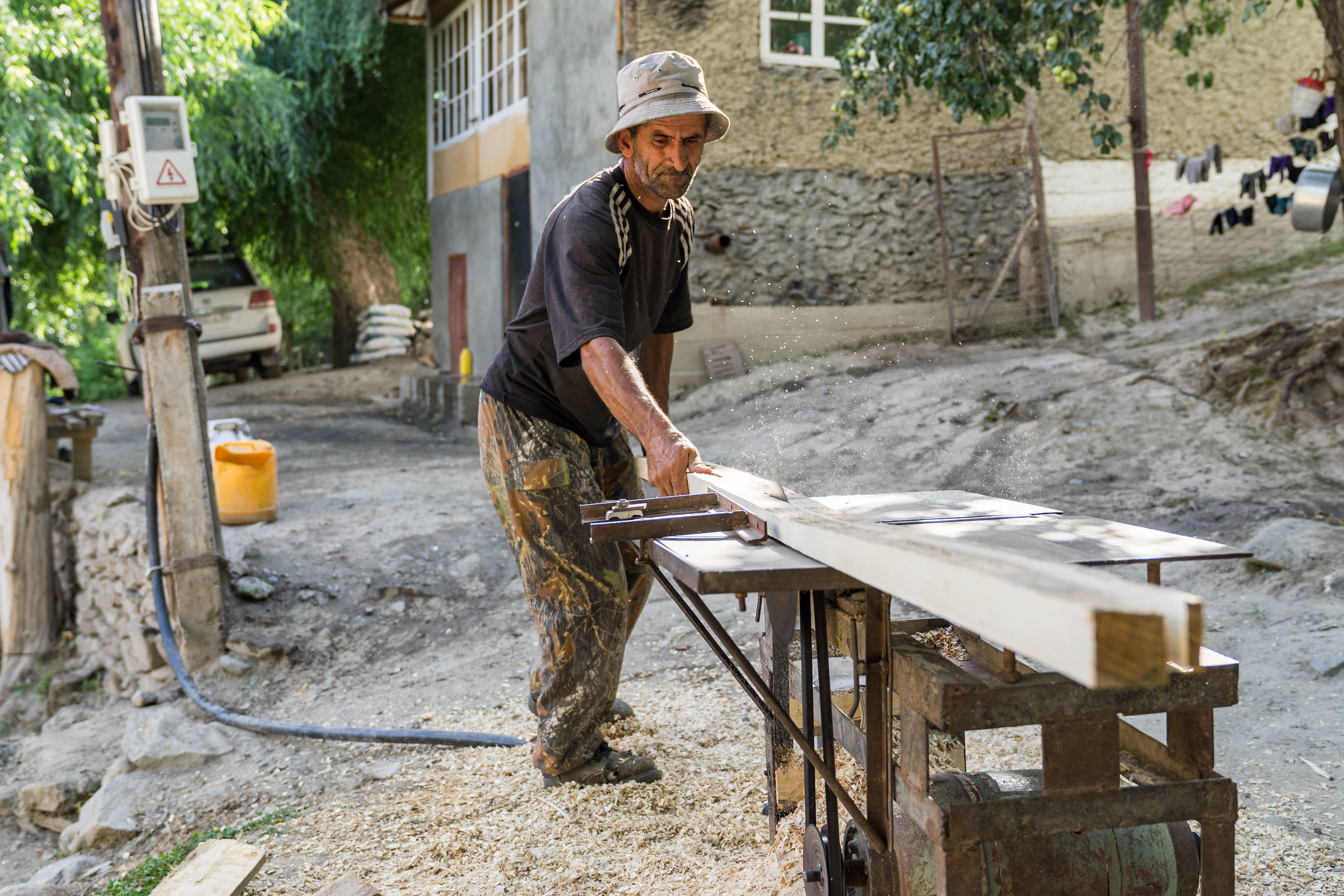 Access to electricity opens up economic potential. Carpenters in the Vanj Valley, for example, can now use electric machinery. Through efficiencies and smart technologies, Pamir Energy is able to operate the entire utility at the lowest average weighted tariff in the world -- 3.25 US cents per kWh.
Copyright:
AKDN / Christopher Wilton-Steer

Despite this, we also face a number of challenges.  One of the most important is climate, whether it is climate variation or climate change.

Our HPPs depend on two sources of water: glaciers and snowmelt. Once the glaciers reach a critical melting point, we will lose access to their outflow. So in our efforts to bring warmth and light to the last 4% of the region – 61 villages – we are considering wind and solar options to create hybrid networks.

Another challenge is remaining financially viable. The reality is that larger hydropower schemes are more commercial. Our operations will never yield a great return or profit. But while we rely on a heavy mix of grant and concessional financing to expand the network, the utility itself breaks even and generates small surpluses for ongoing maintenance.

One other element contributing to Pamir Energy’s success is the way our model helps us connect various partners and stakeholders. As a PPP we can support the government to leverage sovereign financing, and as a company we can leverage non-sovereign financing. All of this contributes to our long-term viability and our ability to keep increasing and improving the range of service. 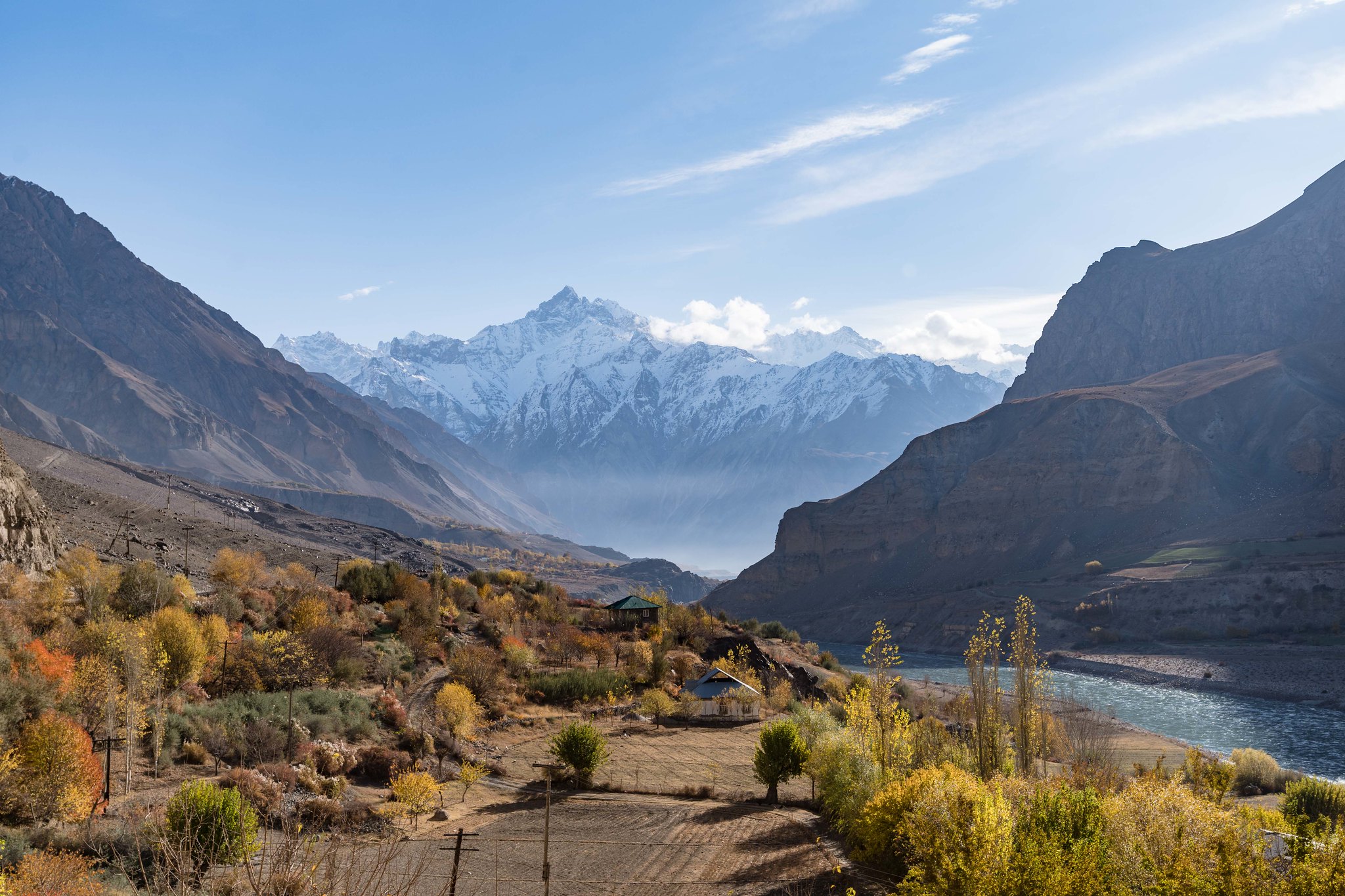 With Afghanistan literally across the river in Darvaz, Tajikistan, it has become evident that small-scale hydropower can play a critical role in energy security. The Government of Afghanistan has invited Pamir Energy to replicate its model, eventually bringing light and warmth to 1.5 million people in northern Afghanistan. A feasibility study is also underway in Pakistan.
Copyright:
AKDN / Christopher Wilton-Steer

So the good news is that we are no longer in crisis. Far from it, in fact. Our success actually allows us to export surplus electricity to Afghanistan, reaching about 40,000 people directly across the border, many for the first time ever. Pamir Energy has become a model for the region, generously supported by partners like Norway, Germany through the PATRIP Foundation, Switzerland’s SECO, and the USA.

This regional cooperation has also opened new doors. The Government of Afghanistan has invited us to replicate the Pamir Energy model in the Province of Badakhshan Afghanistan, which will eventually bring light and warmth to 1.5 million people in Northern Afghanistan.

So while everyone else is leaving Afghanistan, we are charging in. And we’re not stopping there. We are also considering how to establish the Pamir Energy model in Northern Pakistan, where there is a massive energy crisis, but an extraordinary 22,000MW of potential.

In all this, the two key ideas that I want to leave you with are the following:

The first is that small-scale hydropower can play a critical role in energy security in many parts of the world. Bigger is not always better.

And the second is that the private sector can play an incredibly significant role as an agent for collaboration, partnership, and change, if managed right. We have been a neutral broker between communities and government, creating a win-win scenario for everyone.

There is so much happening in terms of small-scale hydropower in our region, in our little corner of the Roof of the World. It is challenging, but most of all it is exciting. They might be called small-scale, but for the people we serve, their impact is beyond big – it is quite literally transformational.

And so like most of you, I feel there is much to do and little time to waste. I am grateful for your attention today and all the contributions over the last two days. It is exciting to be with so many others committed to a clean, green, sustainable future, and we at the Aga Khan Development Network are proud to be working alongside all of you for a world of clean energy for all.