Skip to main content
Overview of the Polana hotel
hide

17 December 2010 - Situated in the heart of Maputo on four hectares of lush grounds, the Polana has long been regarded one of Africa’s leading hotels. Built in 1922, it was the brainchild of Lourenço Marques - a 16th century trader and explorer after whom Maputo was previously named - who wished to transform the city into a second Monte Carlo. The hotel quickly became an historic and cultural haven, and a meeting place that offered an elegance and grandeur that was unique in the city. In acquiring the hotel in 2002, the Aga Khan Fund for Economic Development (AKFED) and its subsidiary units - Tourism Promotion Services (TPS) and the Serena Hotel Group - recognised the iconic status of the hotel. The property underwent a muti-year programme of improvements, upgrades and enhancements that consciously sought to restore the hotel to its former splendour. Today, the Grand Dame of Maputo has been restored to its former splendour. The architectural landmark prides itself on showcasing the city’s local culture and heritage, combining the very best of facilities with exemplary service.

Design FeaturesThe arrival grounds have been completely re-landscaped. Grand fountains and sculptures provide a unique, historical experience as one enters the hotel.

The lobby of the Polana Serena Hotel with a blend of three hues of polished granite with intricate patterned medallions decorating the floor.
Lobby Lounge Throughout, the design reflects the historical affinity Maputo has with the sea and sailing. The reception foyer has been made wider to create a greater feeling of space. The floor blends three hues of polished granite with intricate patterned medallions. Ceilings have been simplified with a long vaulted section between lower sections at the reception desk. Intricate cabinetry-work gives the reception and concierge desks an antique and classical look with bevelled mirrors. Sweeping, shallow arches beyond the lounge give rise to a collection of antique furniture from various Indian Ocean destinations, resembling an adventurer’s personal amassment. Vibrantly patterned carpets flank the central granite floor with its mosaic medallions and antique circular tables. Highly decorative cut glass bowl light fittings hang from a beamed ceiling with painted mouldings. Exotic and animated fabrics draped between the arched windows provide colour to an otherwise muted wallscape, creating an elegant and efficient experience.
Main Bar Portuguese influences on the history of Maputo decorate the bar, from photographs that depict the 1920s to hand-made Ajuleos tiles set in the ornately carved timber of the bar fronts and columns. The floor consists of 1920s mosaic tiles in cream and deep blue with patterned borders, while Indo-Portuguese style windows and doors lead to an adjacent terrace. The combined effect is a convivial and relaxing experience.

The ballroom at the Polana Serena Hotel restored to its former grandeur.
Ballroom Originally built and decorated in the 1920s, this stately room has been restored to its former grandeur with painted wall mouldings and faux marble columns. Bevelled glass panels and mirrors are set in the original wall panelling, and high-level circular windows compliment the cut-glass chandeliers hanging in the vast spaces that include the reinstated ‘Minstrels gallery’ at one end. Vibrant and exotic silk fabrics draped behind columns add a richness that complements the luxuriously patterned blue and red carpet. Associated breakout lounges and terraces add to the versatility of this space, giving a formal and dramatic experience. Main Restaurant The practical dining area and grand terrace with views overlooking the Indian Ocean, represent a ‘manor house’ kitchen. Moulded ceramic dado and skirting tiles adorn columns that support carved and painted timber-beamed ceilings. The cold buffet table is reminiscent of the solid timber table at the centre of such a ‘kitchen’ complete with overhead rack housing, cooking implements and bulk provisions. The hot buffet servery stands to one side of the central table alluding to past kitchen cupboards and work tops, with timber-framed doors and Azulejos tiles on the walls. Fine Dining Referencing a gentler period at the turn of the century, the Art Nouveau theme here is unique. Distinctive patterned carpets and moulded plaster dado panelling combine with swirly patterned wall coverings to create an Art Nouveau cocoon. Bespoke furniture designs and light fittings from the period combine with decorative etched glass and timber framed screens. The rich silk fabrics that drape the windows and private dining areas are typically from the period. Window frames replaced with delicate low privacy screens allow visual connectivity between the original and new garden view areas. Ceilings include several raised domes with pendant lights and painted friezes. The whole room is surrounded by an appropriately decorated deep coved cornice.

The bedrooms at the newly renovated Polana Serena Hotel.
Main Building Guest Rooms Soft and lavish, with a romantic reference to Afro-Indo-Portuguese design, the guest rooms radiate luxury. Exotically carved mahogany furniture is embellished with fabrics in muted tones of cream and off white. Bed frames are composed of turned timber spindles, set against silky fabric backdrops that seem to flow from fabric canopies overhead - each framed within an exquisitely carved mahogany frieze. These elements combine to create a comfortable and relaxing ambience. Aquarius Bar Separated from the main hotel, the Aquarius Bar draws on the influences of the Indian Ocean islands. Teak louvered screens and beams support a ceiling of panelled timber and large ceiling fans. The bar front is of timber fret-work and aqua-coloured highlights under a deep blue granite top. Flooring mixes two natural stone colours and an aqua border tile. The furniture is predominately timber and combines chair and table groups with leisurely couches and coffee tables. A pavilion building, the bar is symmetrical and completely open on all sides creating an exotic and tropical experience. 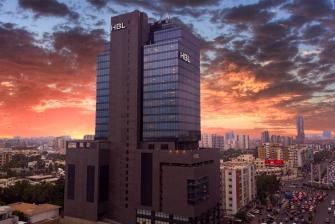 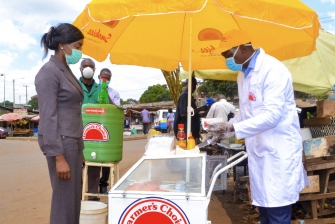 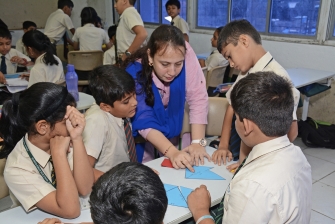