In Bagrote, a village located in a valley in the farthest reaches of Gilgit District, northern Pakistan, most agricultural tasks and household chores are done by women, leaving little time to care for the health needs of mothers and children.

As a result, maternal and child mortality, especially in remote locations like Bagrote, is considered high - in a country that already has the third highest burden of maternal and child mortality in the world, according to a 2018 study by UNICEF. The nearest health facility is one hour away. The village has one civil dispensary, which is dilapidated and lacks skilled human resources.

Enter Noor Khatoon, 35, who lives in Bagrote and works as a Community Midwife with the Aga Khan Health Services under the AQCESS project, funded by Global Affairs Canada. In 2013, Noor was identified as a suitable candidate by the team of the Maternal Care and Child Survival project, and was provided with the necessary training and equipment. By 2016, she had been recognised as the “best community midwife in Gilgit region”. She says, “I grew up watching the people in my village endure a life full of suffering. Naturally, I empathise with them.”

Initially, Noor was provided training in various Maternal and Neonatal Child Health (MNCH) related themes, including family planning and essential maternal and neonatal care. She was then given the task of delivering key MNCH messages to the community, and identifying, managing, and referring malnourished children in her catchment population to hospitals. She was an active participant of multiple trainings, including a 20-day observer-ship programme at the Aga Khan Medical Center in Gilgit.

She continues to update and upgrade her skills. Noor has remained a recipient of multiple trainings offered under AQCESS, such as essential maternal and neonatal care, reproductive healthcare, management information systems, healthy timing and spacing of pregnancy, and the Positive Deviance/Hearth approach throughout 2017 and 2018. Cord care, exclusive breastfeeding, and birth spacing services are part of the training package.

As a direct result of these trainings, Noor routinely delivers key MNCH messages through positive deviance/hearth sessions to pregnant and lactating women. She also offers contraceptives for safe birth spacing. 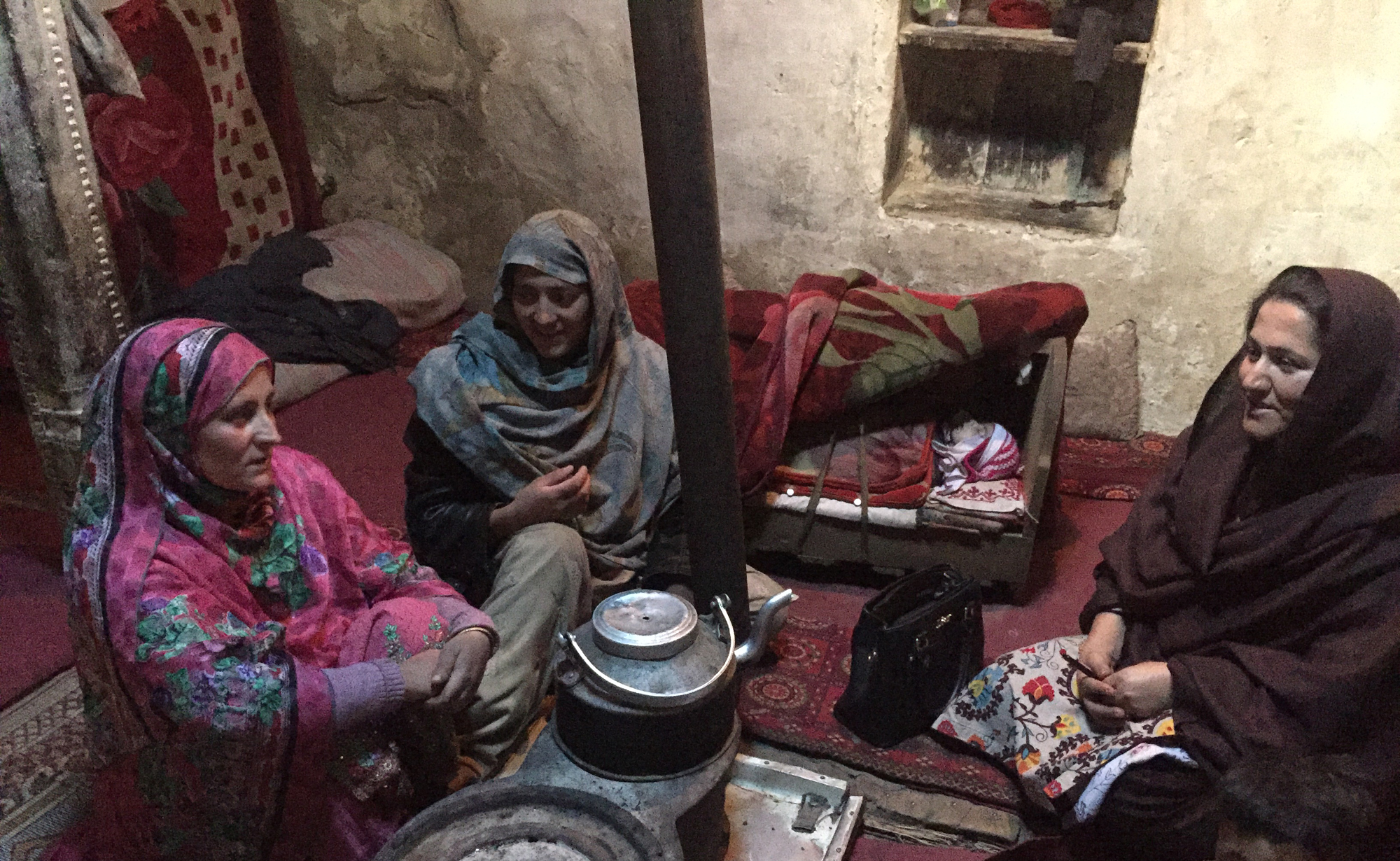 As part of her work, Noor Khatoon (bottom left) follows up with mothers in the remote Bagrote valley. Too often, community midwives do not have the financial means to sustain their work. By addressing both training and financial means, the AQCESS project provides access to maternal and child health services in remote areas.
Copyright:
AKDN
Noor has also acted as the sole skilled birth attendant in more than 100 deliveries since 2017. This includes high-risk deliveries with the informed consent of patients and their guardians. Because of the high poverty rates in the area and significant distance from the nearest health facility, having a baby delivered by Noor is often the sole option available to women in Bagrote.

In 2017, Noor Khatoon was identified by the AQCESS team as a candidate for the social franchising component. First, she was provided training on family planning, essential medicines and supplies, as per MNCH guidelines and protocols. Improvements were also made to her birth station, and periodic refresher trainings were offered to her. Due to these improvements, Noor Khatoon started offering antenatal care, postnatal care, and skilled birth attendance.

At the same time, Noor was provided training for business management and entrepreneurship under the social franchising component of AQCESS.  Whereas when she started working as a CMW, her husband, a sepoy in the army, was the only member of the family earning an income, she had earned (at the time of this writing) more than PKR 60,000  by charging for her services. All of their five children (4 girls and 1 boy) now go to school.  She now fulfills the needs of her children and herself, and can offer financial support to friends and family who cannot pay for ultra-sound scans or specialist consultation -- adding financial independence to the knowledge and skills she gained from the project.

A midwife in the community

To have a community midwife available and with the means to stay in remote areas has been a boon to the area. A good example is Shahina and her husband, residents of Bagrote valley. When Shahina became pregnant again (she already has two girls and one boy), she started visiting Noor for her antenatal care visits, which revealed that her Body Mass Index (BMI) was low. Her baby’s growth did not seem encouraging either. When Shahina was turned away from hospitals in the area because of a lack of income, Noor provided Shahina with nutritional guidance and essential micronutrients, including folic acid, Fefol-Vit, cod liver oil and calcium throughout the pregnancy.

On the expected date of delivery, Noor received a call at midnight. Noor had to cover a distance of around 10 kilometres by foot to see the client. Upon her arrival, Shahina was experiencing severe labour pains. Noor gave her medication, put her on an IV drip, and asked the husband to start making arrangements to take her to a hospital in Gilgit. However, because of financial constraints, it was not possible to take her to the hospital.

With time running out, Noor had to make a decision. She decided to start preparing for the birth of Shahina’s baby. At 4 am, Noor delivered a healthy baby girl. In the follow-up period, Noor paid regular visits to Shahina and provided her with essential micronutrients, informing her about best breastfeeding practices and proper nutritional intake. Noor also provided counselling about proper birth spacing and its benefits to Shahina.