Mittal Vasava, age 20, was living in rural Gujarat when she learned from a friend about Yuva Junction. Mittal’s family belongs to India’s semi-nomadic “scheduled tribes”, amongst the country’s most marginalised groups. With no business connections or high school education, Mittal had dim prospects for a 21st-century job. But she was eager to learn and try.

In India, over half of the country’s population is under age 25 and faces high unemployment. Job prospects amongst rural youth – like Mittal – are especially limited. According to the World Bank, over half of India’s secondary school students lack the basic digital skills needed for 21st-century work. Even worse, opportunities to gain skills to prepare for jobs beyond traditional farming are slim.

When her parents asked around about the job classes at Yuva Junction, an innovative training programme preparing rural youth for 21st-century careers, they heard the programme had a solid track record – including eight years of training young people and placing two-thirds of them in meaningful jobs. They also knew the Aga Khan Rural Support Programme, the Aga Khan Foundation’s implementing arm in India, had a good reputation. Mittal’s parents are farmers. They didn’t have much to spare but they agreed to pay her tuition of 1,600 rupees (about US$ 22). 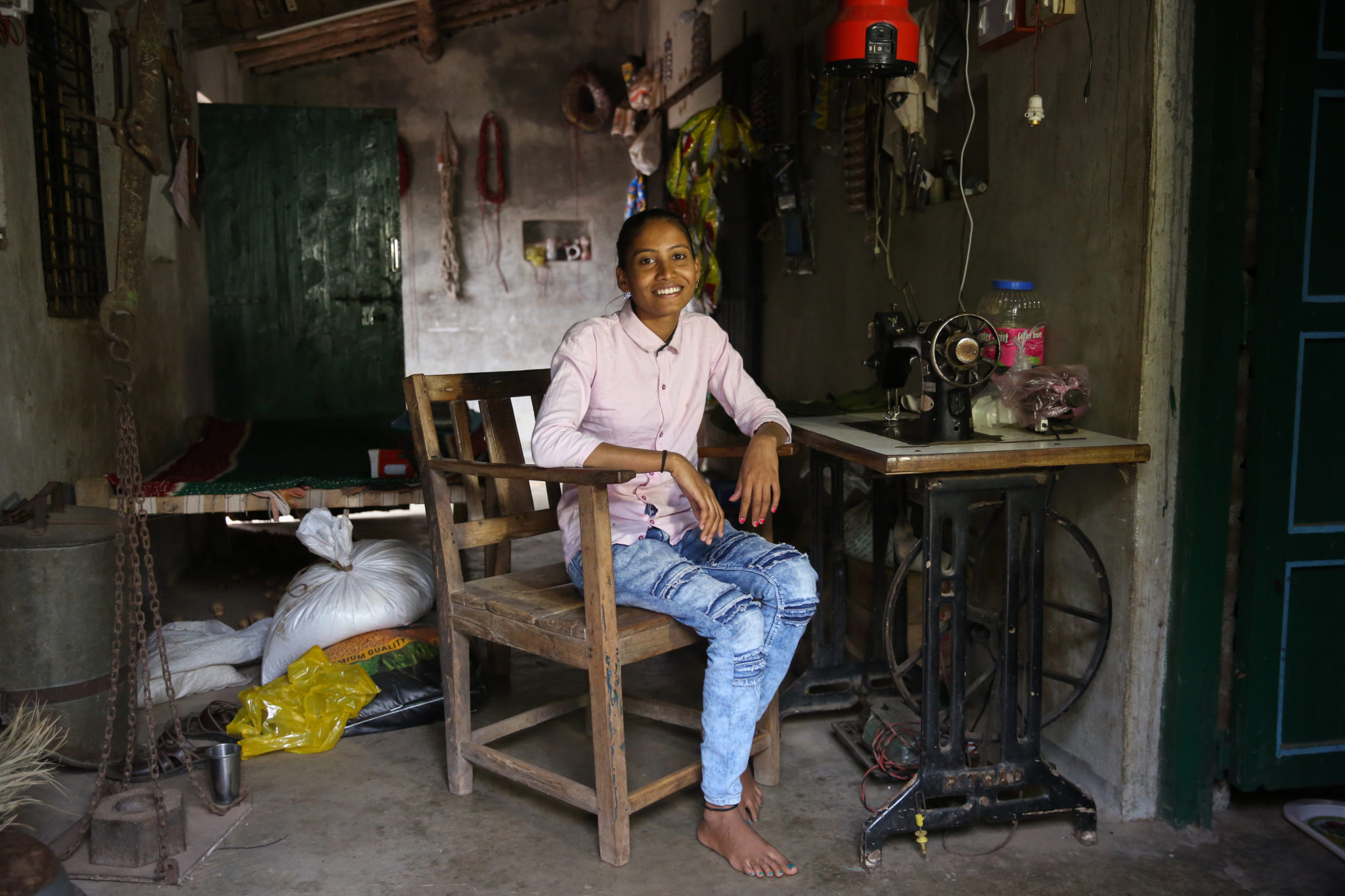 Mittal Vasava, 20, a graduate from the Yuva Junction programme in Narmada, Gujarat, poses for a photograph in her family home with a sewing machine she purchased from the earnings of working at a pizza chain.
Copyright:
AKDN / Mansi Midha

Every day Mittal made the half-hour trip to the training centre in the nearby town of Dediapada. For Mittal, who had never used a computer before, the lessons were challenging at first. “I was hesitant and scared,” she said. “I thought I wouldn’t be able to learn. But my friends encouraged me.” With the course, she became more comfortable using a computer and developed both her skills and her confidence. The best part was the life skills classes. “They taught me how to interact with customers,” she says, as well as how to deal with city life elements like commuting and apartment rental.

Mittal’s instructors understood her because they had once been in her shoes. They had come from small villages and struggled to find work. Now, as teachers, they helped her learn and get excited for her future. One instructor named Kusum had her own tale of a first job’s broken promises and lacking the skills for navigating the work world before participating in Yuva Junction. The experience showed her the value of Yuva Junction-style training and support. Kusum took interest in Mittal’s growth and her plan to get a job in the city. After finishing the course, Mittal had help from Yuva Junction to find work.

“Kusum told me about the job” with a pizza company, Mittal says. “She went with me to the place. There were three of us girls.” She was thrilled to start the job in Ahmedabad.

Mittal had never tasted pizza before. “It was strange, but it was nice.”

Mittal’s parents remained supportive. Her mother reassured her in phone calls while she adjusted to the bustle of city life. “I’d tell her, ‘You can stay a bit more there, try doing the job.’”

Mittal’s starting salary allowed her to save and even helped her buy a scooter that her brother used in his work. “I bought the scooter for the family,” she says proudly.

Mittal gets three days off a month, so she regularly returns home to visit. Her father and brother pick her up from the bus at the main road, on her scooter.

Recently, Mittal got a promotion. She still feels connected to her family. Her new job is helping with the costs of new irrigation equipment for the farm, and with an addition to the family home.

Instead of creating a divide between a rural youth and her parents, Yuva Junction helped Mittal and her family strengthen their ability to face the future confidently together.

“Whenever she comes home, it gives us great joy,” says her mother.

Launched in 2007, Yuva Junction – with the support of Microsoft, Nokia, Quest Alliance, Axis Bank Foundation, Government of Gujarat and Tata Trust – has trained over 30,000 young people (40% female). In 2019, the programme was selected as a promising solution for youth employment within the World Bank Group’s Solutions for Youth Employment initiative. 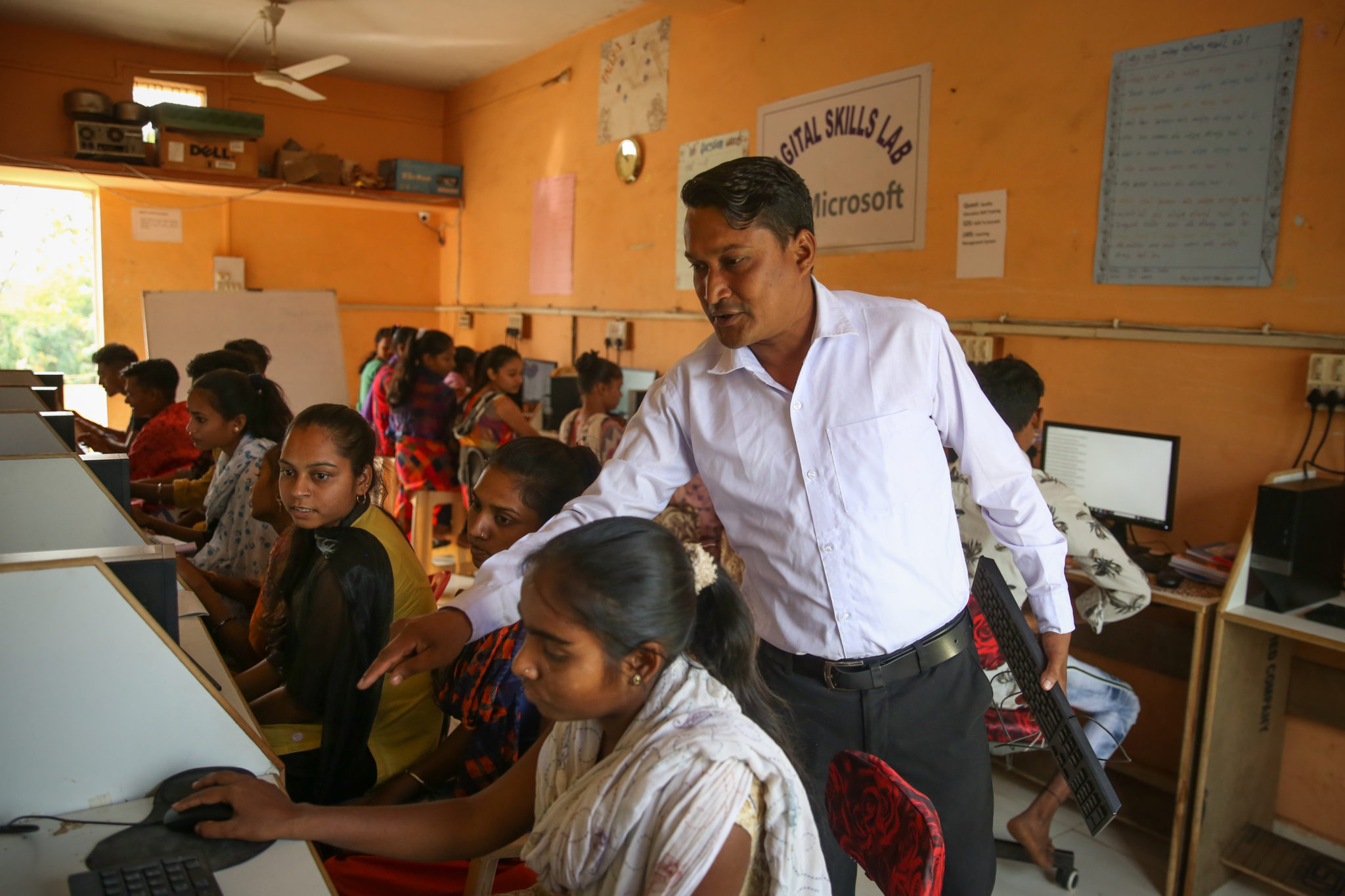 This text was adapted from a story published on the AKF USA website.