Skip to main content
Matt Reed: Cooperation and compassion during COVID-19 – how civil society must pave the road to recovery
hide

Last month, I spoke at the launch of The Council of Europe Development Bank’s Award for Social Cohesion. The award recognises outstanding organisations and projects contributing to social cohesion in Europe.

The topic could not be more important, as events of 2020 have underscored for all of us – from the fever pitch of polarisation on social media, to understandable outrage at police violence and institutional racism, to the rise of conspiracy theories, violence and xenophobia culminating in attacks on the US capitol. Each of these point to societies struggling to cohere — to accept and embrace differences as a strength, not a weakness. Or so it all seems, if we follow the headlines and hysterias of Twitter.

But that dour vision – real though it is – is far from the whole story. When I look around the world and take stock of the past year, I see many extraordinary examples of people coming together in this pandemic to help one another, and all humanity. These examples of solidarity and solutions give the lie to the pessimistic view of polarised politics incapable of pragmatism and practical action. 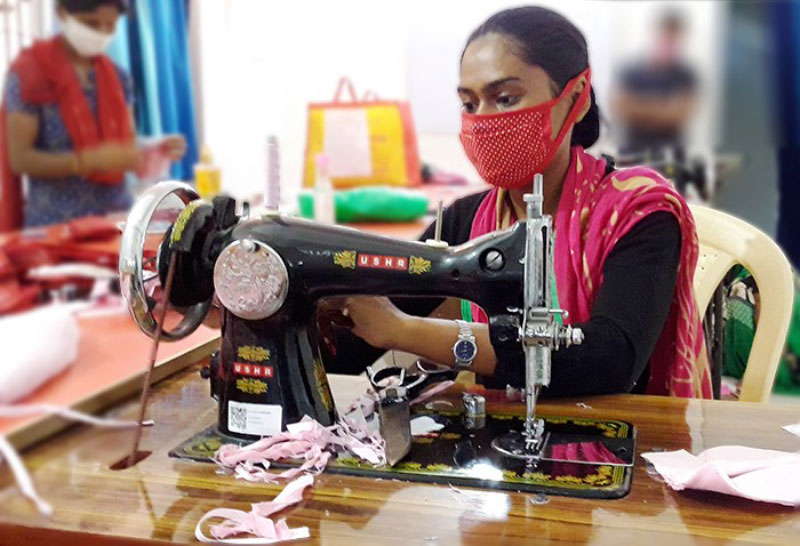 Women's social enterprises in India, supported by the Aga Khan Rural Support Programme and its partners, began sewing masks almost immediately – in many cases for free – to protect their communities.
Copyright:
AKDN

Despite the very real threat of vaccine nationalism and instances where countries have prioritised self-preservation over global cooperation, over the past year there have also been many instances of incredible cooperation, coordination and international selflessness. As we enter the second year of this pandemic, we would do well to remember those and draw on their inspiration.

In London, I have been struck this year by how many people have reached out to neighbours they barely knew – the elderly, the infirm, the sheltered and the shielding. One of the tragic ironies of a pandemic is that the very instincts of solidarity we normally celebrate are actually dangerous. But for so many, the desire to help our neighbours (safely) transcended these constraints in 2020.

In the UK, we saw millions of people clapping for carers, and thousands of them hungry for a way to connect and contribute. Very quickly, voluntary schemes of all kinds sprouted across the country – from schoolchildren keeping fit with Joe Wicks and his virtual PE, to restaurants and hospitality staff forming volunteer kitchens to provide meals for National Health Service workers or other vulnerable people. In our neighbourhood, fliers quickly appeared in every mailbox offering help with shopping and deliveries.

In our own household, my wife quickly contacted the 92-year old neighbour we’d hardly spoken with and offered to help with her groceries. After almost a year now of speaking to her each weekend — and the pleasure of some socially-distanced drinks together in her front garden during this summer’s brief pause in the lockdown — we have become friends. What took us so long, and why did it take a pandemic for so many of us to get to know our neighbours? Whatever the delay, it has made bonds in our area stronger, and I think it says something fundamental about us, despite the fraying social fabric we can also witness.

This past year, my role at the Aga Khan Foundation (AKF) has given me a keen appreciation for the vital contributions that community organisations and non-profits have made during this pandemic. And it has convinced me even further how fundamentally important AKF’s long-term support of civil society in Asia and Africa is and has been. 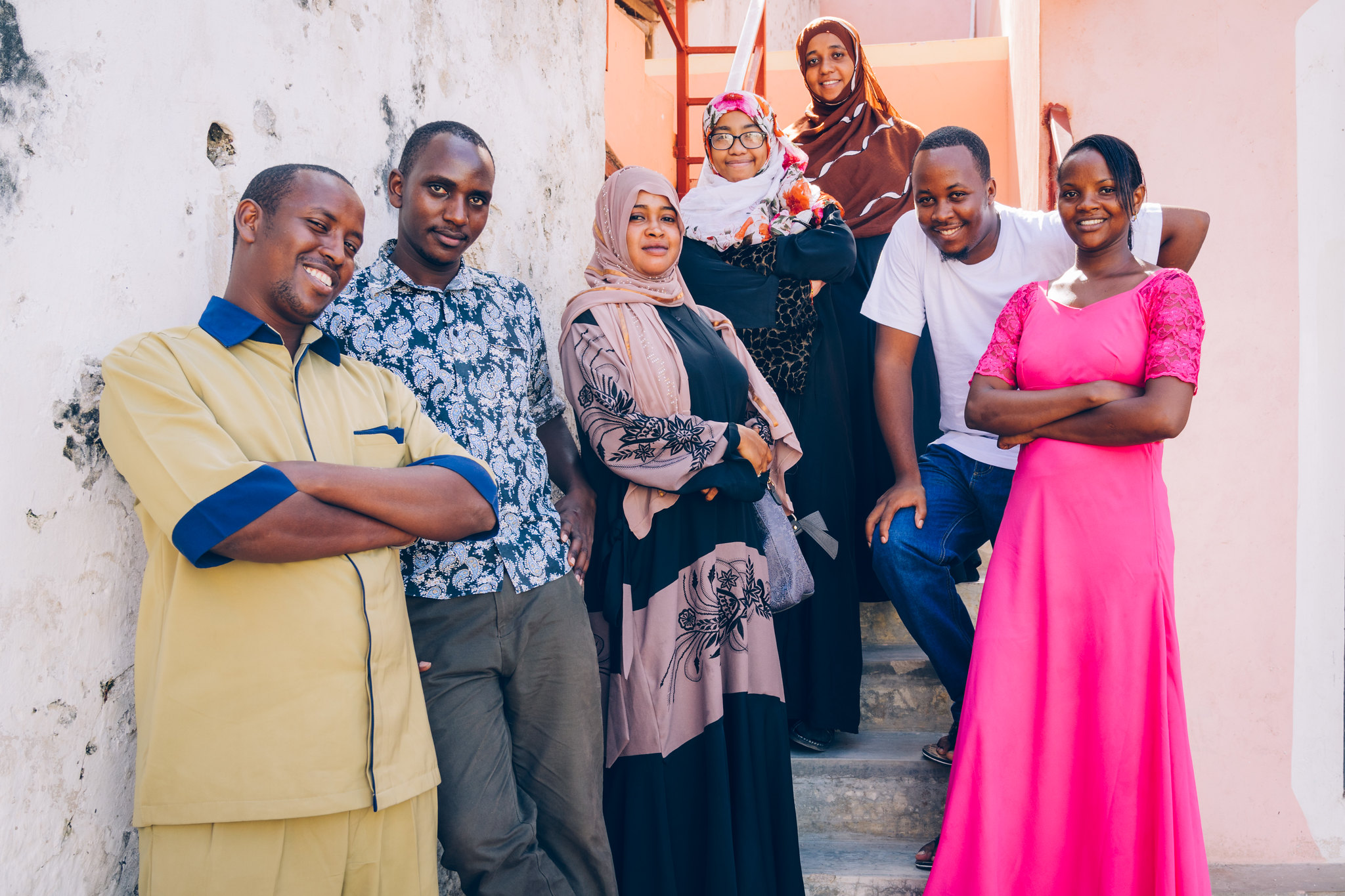 One of the Kenyan community organisations that AKF worked with during an EC-funded project, the Kiunga Bunge Youth Initiative (photo taken before the pandemic).
Copyright:
AKDN / Christopher Wilton-Steer

Every year, AKF works with over 60,000 community organisations of all kinds – from women’s savings groups to farmer collectives to local NGOs. Having that strong spine of existing organisations, a deep reservoir of social capital, and long experience of working together, these groups were able to swing into action almost immediately last year to help keep their families and communities safe and healthy. In many respects, they were more ready than my neighbours and I were in London – and far more effective.

These organisations have been working in their communities for years, often for decades. Many had already been prepared by AKF and the Aga Khan Agency for Habitat to respond to local emergencies and natural disasters. Once our colleagues at the Aga Khan Hospitals and Aga Khan University were able to confirm the right protocols, we were able to work with the leadership of these community organisations to raise awareness about the virus in remote parts of Central and South Asia, Eastern Africa, Syria and Egypt.

Because they have been present in these communities for years, and are made up of local people with widespread trust, these groups have offered a powerful antidote to the fake news and conspiracy theories that have thrived elsewhere, creating panic in their wake. In some places, they literally saved lives by combatting misinformation and the stigmatisation of marginalised minorities that sometimes accompanied it. 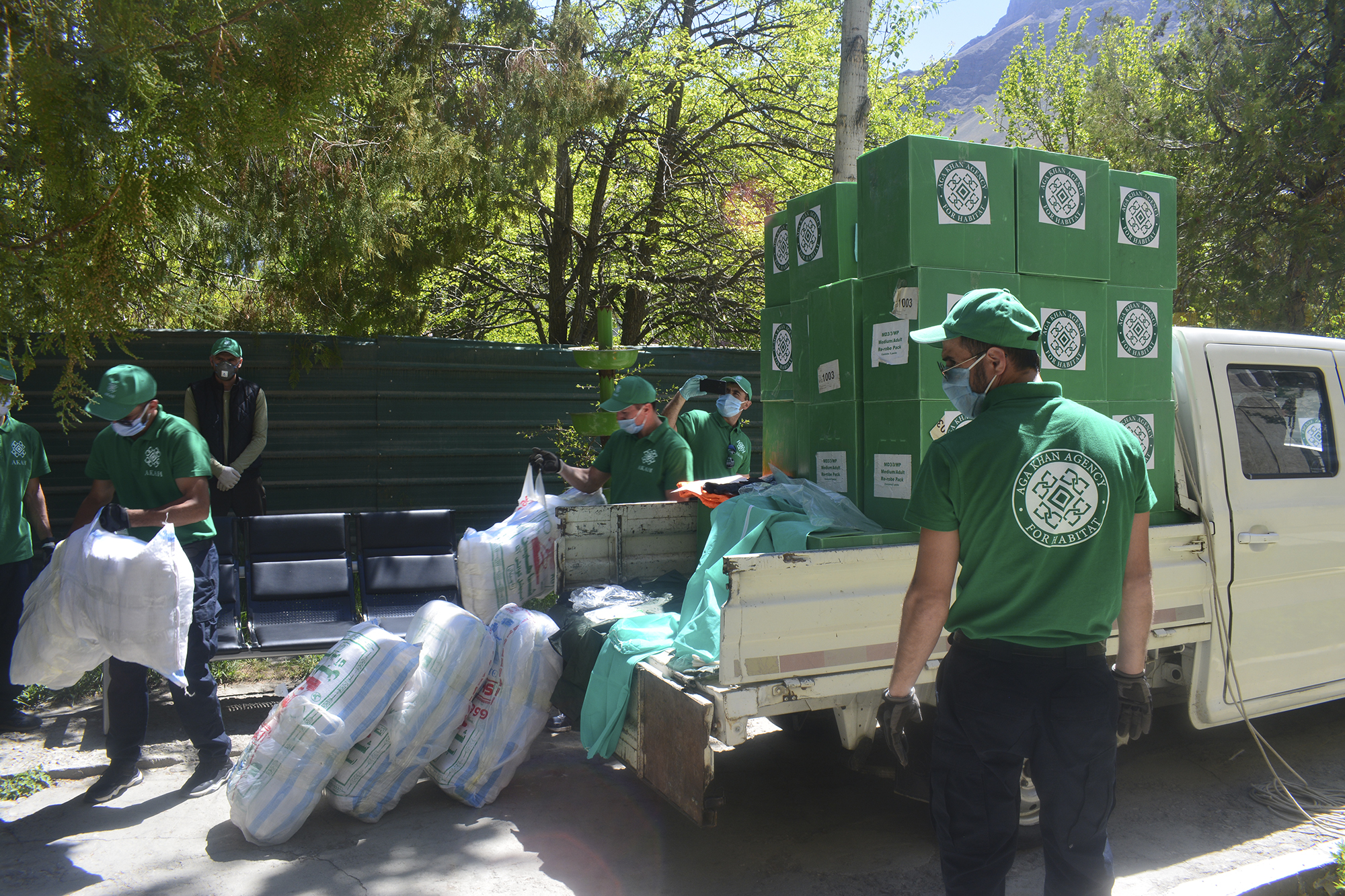 Working together with other members of the Aga Khan Development Network, including the Nation Media Group and Habib Bank, these efforts reached more than 9 million people with important information about health and hygiene, helping keep them and their families safe. They helped connect some 7 million people to social safety nets, such as cash assistance and food distribution. And they worked with teachers and schools across 10 countries to help over 135,000 children continue learning while classrooms were disrupted. The reach of this work has been remarkable – but it is by no means isolated. Their stories are not well-known, but thousands of other non-profit organisations have stepped up in this pandemic to provide vital relief and assistance. That is the power – and enduring potential – of civil society. 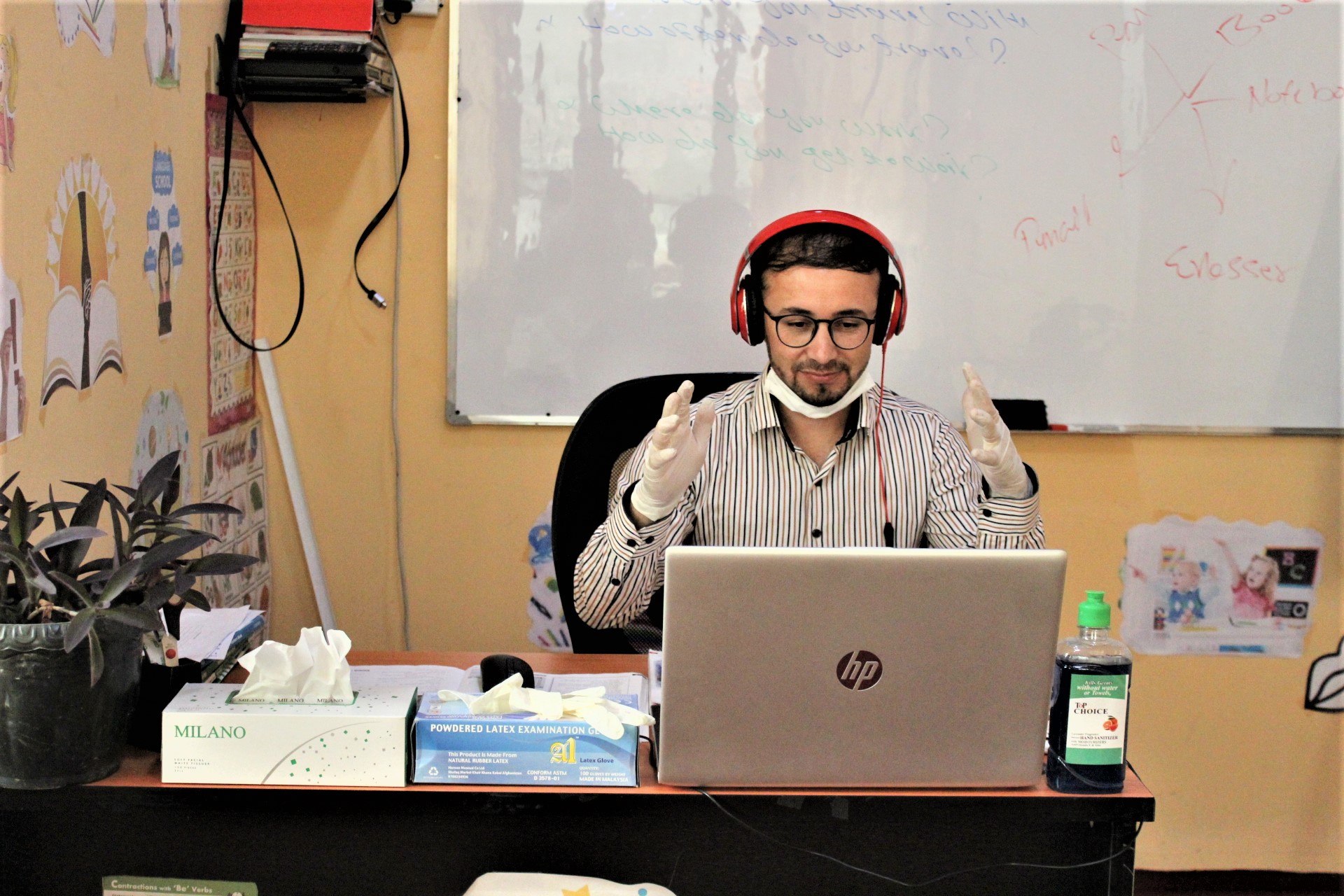 Abdul Saboor Farid, an instructor at the University of Central Asia, talks to his students about public health guidelines that prevent the spread of COVID-19.
Copyright:
AKDN / Naweed Nadrat

At the global level, we also have powerful examples of international cooperation and solidarity. The speed with which the scientific community, the pharmaceutical industry and a range of governments have been able to react and cooperate has been astonishing. Within weeks of identifying the new coronavirus, scientists collaborating across the globe had been able to decode its genome and identify the new variant with precision.

Virologists, epidemiologists, physicians, behavioural scientists and drug developers were able to rapidly develop testing protocols and kits, diagnostic and modelling capacity, and predictions to help guide policymakers in the early days of the disease. Governments activated policy tools that had been tested in other situations, such as Advanced Market Commitments and direct financial assistance to university labs and pharmaceutical companies. Within months, over a dozen vaccines were in development. Less than a year later, several have already proven effective and safe – the fastest vaccine development in history, by several years’ distance. 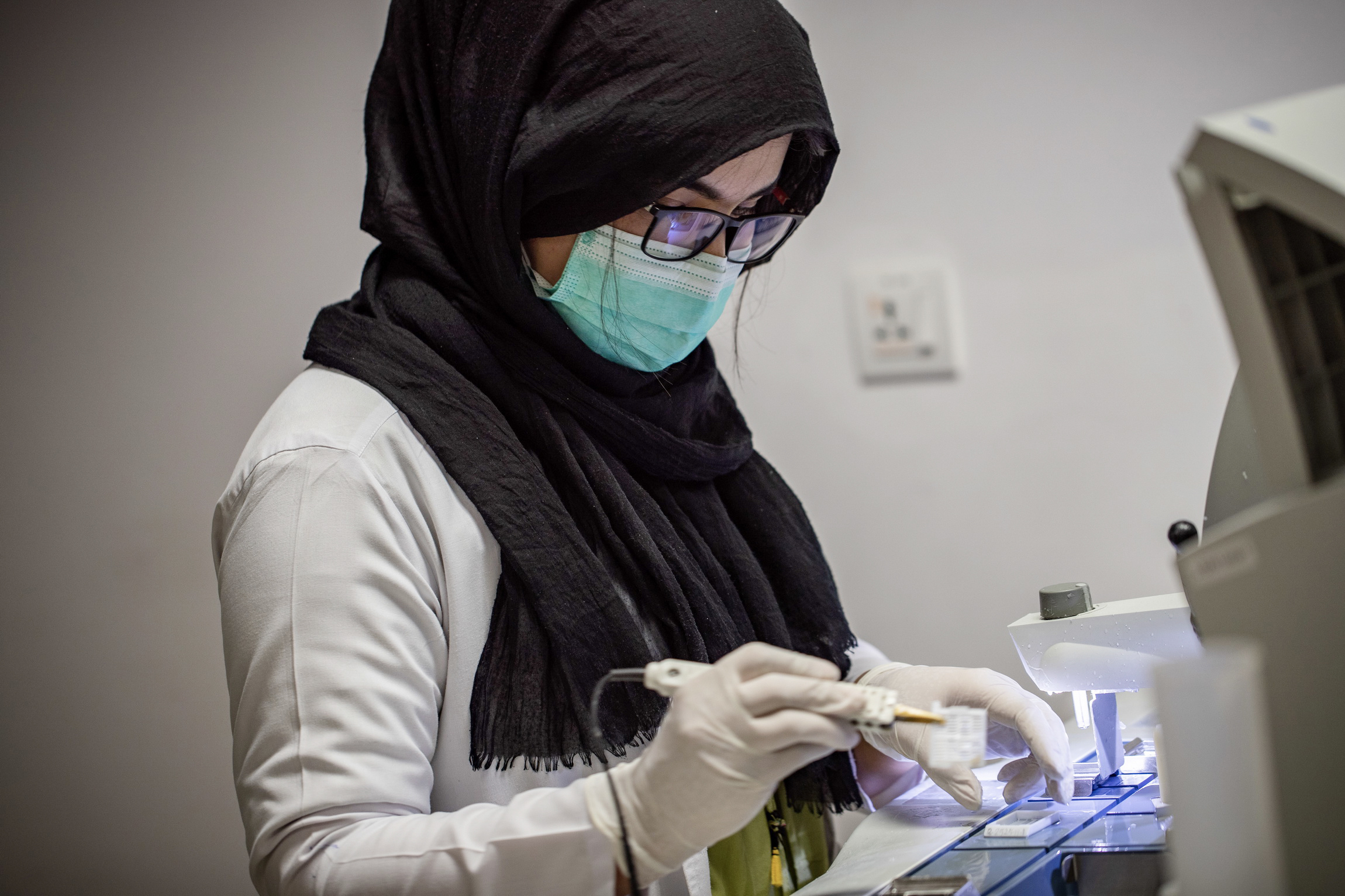 That feat of scientific, industrial, and political cooperation is unprecedented. The fact that it has happened so quickly and smoothly has perhaps stopped many of us from marking the full extent of that achievement. It is truly historic – but that success did not emerge in a vacuum. It too builds on long-term support for epidemic preparedness through organisations like the Coalition for Epidemic Preparedness Innovations (CEPI), which was jointly founded by the governments of Norway and India, the Gates Foundation, the Wellcome Trust and the World Economic Forum.

Each of these examples demonstrate the power of community action and international cooperation. They remind us why the hard work of building social cohesion is vital. But it cannot be achieved on-demand and overnight. It requires long-term, patient cultivation over years and across generations. That is why the Aga Khan Foundation has made support for civil society a cornerstone of its work for half a century – and will continue to do so.

As the world has seen over the past decade — and will experience even more forcefully in the wake of this pandemic — in times of economic stress, it is often tempting to cut the social programmes, the social institutions – schools, hospitals, non-profit organisations – that undergird our communities. But if this pandemic has taught us anything, it is that while eroding these foundations may seem economically expedient, our societies’ long-term resilience is dependent on the existence of these social safety nets, these engines of solidarity, these institutions of pluralism.

That is a lesson we must all heed as we now turn our thoughts to the future, and what it will mean to build back better from this pandemic.

This text was adapted from an article published on the AKF (UK) website. 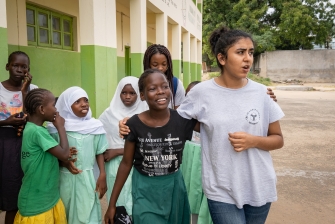