According to the International Union for Conservation of Nature, the global authority on the status of the natural world and the measures needed to safeguard it, in one year 13 million hectares of forests are destroyed at the expense of man’s agricultural, industrial and domestic needs. We are losing about 200 square kilometres of forest every day. By absorbing water and holding soil in place, forests reduce the risk of floods and mudslides that result from natural disasters such as earthquakes and hurricanes. In poor, rural areas where populations depend on burning firewood to cook and heat their homes, the rapid reduction in forest cover is leaving communities at increasing risk of disaster, loss and a vicious cycle of poverty.

In April 2018 we visited a pilot programme in Diana, Madagascar where the Aga Khan Foundation (AKF) was introducing biogas as an alternative cooking fuel to firewood. Using a biodigester – putting cow manure in one end and getting odorless cooking gas from the other – protects the environment against deforestation, as it can help economise up to 5 kilogrammes of firewood or 8 kilogrammes of carbon fossil per day. Using gas for stove-top cooking also reduces smoke fumes in the house, which are often the cause of respiratory diseases in poor, rural households.  Lastly, the time previously spent on chopping, drying and preparing firewood is freed up for income-generating activities.

Martinique Boeny was selected for the pilot because she owned cattle whose excrement could fuel a  biodigester. So once she sourced the cement and other materials necessary to build the biodigester, AKF taught her how to build it.  During our visit, Mrs Martinique showed us how the cattle were fed bano grasse to increase the volume of waste produced (a technique taught by AKF), which was then transferred to the biodigester and fermented there, generating biogas that then traveled through pipes leading into the kitchen, fueling Mrs Martinique’s rice cooker and gas oven that was provided by the programme.

We caught up recently with Mrs Martinique to see how the biodigester was working out. She reported that since putting it into use she has not spent any money to purchase coal or firewood. This is helping her to economise 40’000 Ariary (US$ 10) a month, which she is despositing into her community-based savings group. Once the yearly pay-out is made from the savings group, she plans on using the money to buy a female zebu for cattle reproduction. Mrs Martinique also noted that since using biogas she has more time to do other things. There is no need to collect firewood, which can be a very time-consuming task. Also, cooking with gas, she is able to cook, clean and do other household chores at the same time, leaving her the rest of the day to take care of her animals and fields.

Supported by the European Union-Indian Ocean Commission (EU-IOC) cooperation, the AKF programme in Madagascar has installed 64 biodigesters to date, and plans to have up to 120 in operation in the Diana Region by the end of 2019. 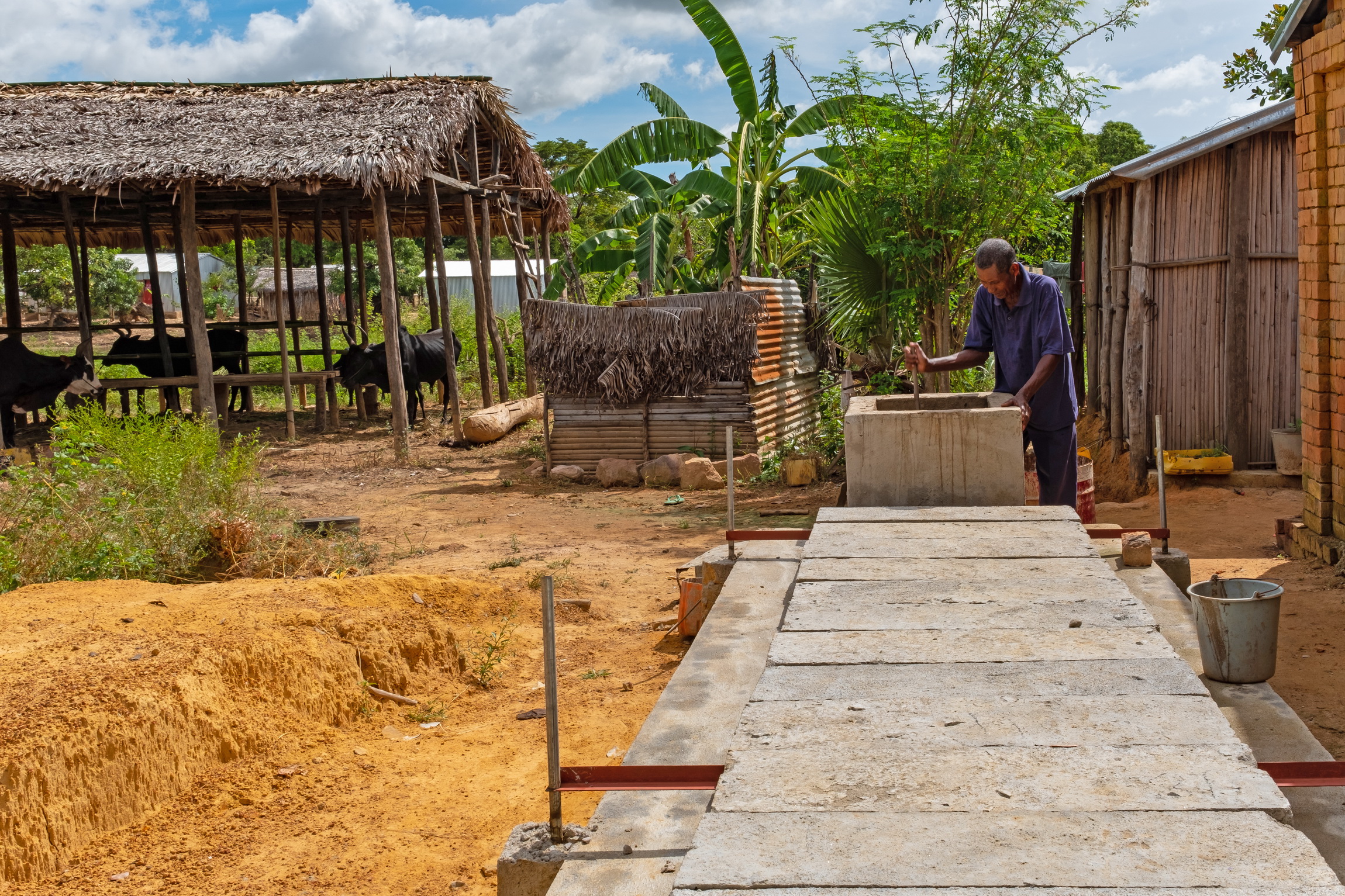