For as long as she could remember, Makhfirat Abdullaeva dreamed of helping people. But life as a doctor in Khujand, Tajikstan, a small, bustling city and one of the oldest in Central Asia, consisted of excruciatingly long days, outdated medical equipment, a lack of human resources, and most notably, extremely low wages. As a mother of two and a wife to another doctor, Makhfirat found herself struggling to make ends meet for her family.

From doctor to entrepreneur: A fresh start

In 2000, Makhfirat learned about a financial inclusion programme near her home that offered business skills training for women considering entrepreneurship.

It was there that she discovered the First Microfinance Bank, opening her eyes to an opportunity for a better quality of life. After 20 years of working in the public sector, she said goodbye to her life as a doctor, applied for her first loan of US$ 20,000, and founded a business selling fabric at a rented stall in the city centre.

As a result of this career shift, Makhfirat’s income soon tripled what she was making as a doctor, allowing her to invest more in her two sons, while becoming her family’s main breadwinner.

Thirteen years later, the business was running smoothly and Makhfirat found herself eager to do more. Recognising the need for a place where her neighbours could quickly and easily access basic food items, she applied for another loan and purchased an empty shop on the corner of her street. Running both businesses in parallel, she hired her daughter-in-law and three female community members that were unemployed and in need of an income. Not only was Makhfirat helping her family and community, but she felt empowered as a female entrepreneur.

“I did the first business for my sons, but buying this shop—that was for me,” she says. In Tajikistan, women entrepreneurs face a number of additional challenges and unique barriers to success compared to their male counterparts.

Studies show, however, that when women’s economic participation and control over financial assets improve, there tends to be a rise in social benefits and a reduction in both poverty and inequalities in households and communities.

When women do better, everyone does better

Today, Makhfirat’s eldest son is a computer programmer living in the U.S. with a university degree from Colorado. Her youngest son graduated from an American college in Bishkek, Kyrgyz Republic, and is the Central Asia manager for an international construction company. Both of her children are married with kids of their own and have taken full advantage of the opportunities afforded by their mother’s ambition to provide them with a better life. Makhfirat is now one of the most well-known wholesalers in the city and frequently travels to China, India, Uzbekistan and the Kyrgyz Republic to import fabric. The profit from her business has been largely invested into her community, children, and grandchildren.

“I am a women entrepreneur,” she says. “I have my children, my grandchildren, and with my business, I invested in them. They are working and have their own lives, but we are still a family. I do not regret leaving my life as a doctor and am so grateful for the bank service that gave me this opportunity.”

This article has been adapted from an article originally published on the Aga Khan Foundation USA website. The original may be read here. 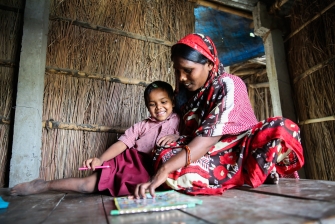 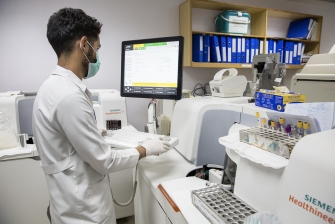 Higher education and COVID-19: How the Aga Khan University has risen to the challenge
26 January 2021
View 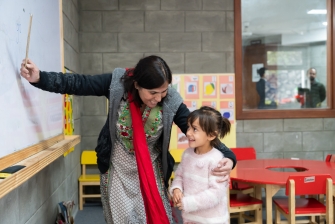