By Lee Hilling, Chairman of the Board, French Medical Institute for Mothers and Children

For several decades, the emphasis on donor aid to developing countries has been on primary care, the alleviation of communicable diseases and the improvement of maternal and child health. Understandably so. The impact on reduced morbidity and mortality per dollar invested is persuasive. Hospitals and the provision of secondary and tertiary care have not been donor priorities. They represented, it was thought, a potentially endless demand for high-cost resources, with limited impact on population health. Nevertheless, chronic and non-communicable diseases are now recognised as the leading cause of mortality worldwide and a serious public health threat to developing countries. Their treatment requires quality secondary and tertiary hospital care, by well-trained human resources – a need many developing countries are unable to meet.

In Afghanistan, while progress has been made in rebuilding the national health infrastructure, access to quality hospital care is still limited. Many Afghans seek health care abroad, spending an estimated US$ 285 million annually outside the country. The French Medical Institute for Mothers and Children (FMIC) seeks to address this need.

In 2004, the French humanitarian organisation, La Chaîne de l'Espoir, approached the Aga Khan Development Network (AKDN), to join them in a partnership operating a hospital they were building in Kabul. While the AKDN operates one of the largest non-profit healthcare systems in the developing world, up to this point, it had no history of working in partnerships. This opportunity represented a new approach. After long consideration and negotiations, on 8 April 2006, the French Medical Institute for Children, an 85-bed children’s hospital, was inaugurated at a Memorandum of Agreement (MoA) signing ceremony in Kabul. FMIC was the product of a four-party public private partnership including the two private parties, La Chaîne and the AKDN, and two public partners, the Governments of France and Afghanistan. The MoA specified that the AKDN would be the managing partner. This responsibility was delegated to the Aga Khan University (AKU). Since its inauguration, FMIC has expanded to 170 beds, and added an obstetrics and gynaecology wing that is home to the first neonatal intensive care unit in Afghanistan.

Since 2006, approximately 3,500 cardiac surgeries have been performed at FMIC – more than half were open-heart cases. Over 3,000 were paediatric cases, but increasingly, adult surgeries are being performed. For several years, cardiac surgeries have been almost exclusively performed by an all-Afghan team, with results that meet or exceed international standards. Some remarkable FMIC “firsts”’ for Afghanistan include separating conjoined twins and open-heart surgery on a newborn, 26-week-old pre-term baby weighing only 850 grams.

Equally important as FMIC’s delivery of international standard tertiary care is its mission to develop Afghan capacity. Highly skilled teams of doctors and nurses from France and AKU work side-by-side with Afghan doctors and nurses, teaching them to provide the unique and complex care seen in Afghanistan. FMIC’s most important capacity development initiative is its postgraduate medical education programme, developed in partnership with AKU and the Afghan Ministry of Public Health. The programme began in 2012 and is now entering its eighth year. Four classes comprised of 45 doctors have graduated, trained in medical and surgical specialties, some of which – radiology, anaesthesiology and pathology – aren’t trained any place else in Afghanistan. Another unique specialty, cardiovascular surgery, was added to the incoming 2019 class.

Despite ongoing war, FMIC continues to maintain its standard of excellence and define new ways to serve Afghanistan. Funding is now being sought for its next expansion – development of an adult 50-bed general medical-surgical unit.

FMIC may well be Afghanistan’s most successful humanitarian reconstruction programme. Speaking at a 2018 national conference on NGOs, President Ghani said, “FMIC, sponsored by the Government of France and the Aga Khan Development Foundation, is actively involved in bringing change to the lives of thousands of Afghan women and children …”

Lee Hilling has been Chairman of the Board of FMIC since its inception in 2006. He is also author of the book, A Place of Miracles: The Story of a Children’s Hospital in Kabul and the People Whose Lives Have Been Changed by It. 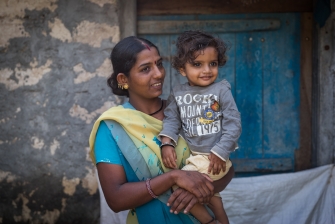