In April 2012, in the throes of what was perhaps the most difficult period of his life, Hassan Kassim contemplated dropping out of the programme he’d just enrolled into at the Aga Khan University School of Nursery and Midwifery (AKU-SONAM). His wife had just died while delivering a set of preterm triplets at Coast General Hospital. Shortly afterwards, he also lost one of the triplets.

“The babies were born too early... at around seven months. Unfortunately, although it was a natural childbirth, my wife developed complications and died,” he remembers as the pain crosses his face.

“It was the first week of my training at the Aga Khan University where I was upgrading my diploma to become a Registered Nurse, and I had to leave and take my wife’s body upcountry and attend to burial preparations – all while being there for my other children and the newborns. It was an emotionally, financially and physically draining time. The Aga Khan University’s tutors went out of their way to encourage me to come back and continue with my classes. One of them even sent someone to accompany me back to Nairobi from upcountry. Before exams, the tutors would help with individual coaching based on a student’s unique needs. That made the experience so much easier for me,” he explains.

He is also grateful that a scholarship from the University helped cover half the fees. “Without such help, I wouldn’t have been able afford it, especially as I had children in high school.”

Looking back, he is glad that he stuck it out and graduated in 2014. He believes that his training at AKU-SONAM was instrumental in securing him his current position as the Nurse In-charge at Magodzoni Dispensary in Kwale County.

“I was promoted from an Assistant Chief Nurse at Waa Dispensary to the Nurse In-charge at Magodzoni Dispensary, soon after my graduation,” he says, beaming with pride. Under Hassan’s management, the dispensary is clean and well-maintained. The patients, most of them leso-wearing pregnant women and mothers with cooing babies, wait patiently in the open breeze.

In a day, the dispensary attends to approximately 80 patients. A wide range of services are offered including maternity, antenatal and postnatal care, well baby clinics, family planning, cancer screening, malaria testing and treatment, HIV management and TB treatment. In addition to attending to patients, Hassan’s roles also include financial management and accounting, record-keeping and reporting, and general leadership of his colleagues.

His management style is firm but friendly. “I bring everyone on board, including the support and technical staff. We work as friends in an open environment towards a common goal of serving our patients better.”

From time to time, Hassan mans the dispensary by himself. “There are days I have to do everything myself, which can be quite overwhelming. As it is, we are already understaffed and tend to be overworked. That is one of the challenges I encounter, and I’m petitioning the county government for more staff.”

Truly dedicated to his job despite its numerous challenges, Hassan remains an agent of change in this small, rural dispensary. 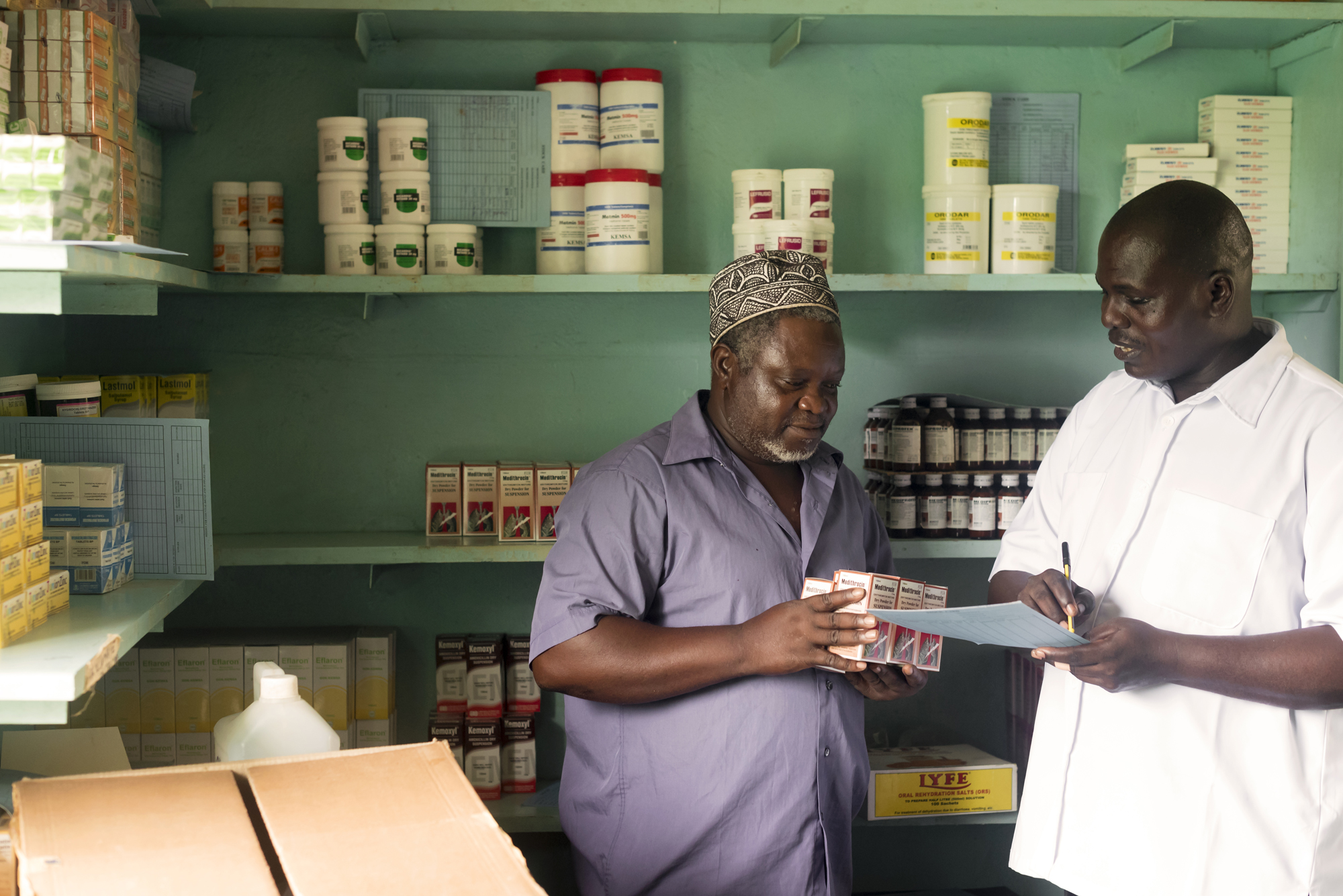 As Nurse In-charge at Magodzoni Dispensary, Hassan has a firm but friendly management style: "I bring everyone on board, including the support and technical staff. We work as friends in an open environment towards a common goal of serving our patients better."
Copyright:
AKDN / Christopher Wilton-Steer

This story first appeared in a collection of photographic essays published by the Aga Khan University Nurses and Midwives - Leaders in Healthcare in East Africa.