“I saw the aquatic life in the bay that surrounded a part of the Funzi island deteriorate over time,” said Cinzia Torriani, a Diploma Programme 1 student at the Aga Khan Academy Mombasa. “Fish disappeared from the easy view of the waters; dolphins, which would appear annually, stopped appearing; and I would even hear stories of animals that were once inhabitants of the bay as now a distant memory.

“Contrary to this, the number of fishermen stayed the same, and at some point, every small fish in the ocean was being caught to feed a fisherman’s family. I realised that a majority of the motives put in place on the island for helping the environment served little purpose towards establishing a feasible way forward to ensure locals, who depend on the ocean, would remain economically stable.”

The disappearance of the fish, as well as her parents’ personal environmental initiatives, brought her to environmental activism. She focused her energy on ways that would improve the environment but also keep the local community of fishermen in mind. 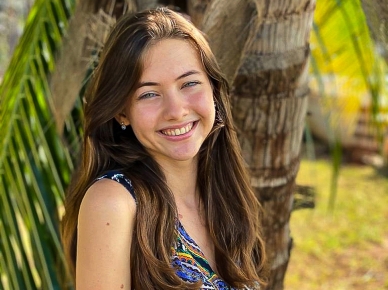 Cinzia Torriani, a Diploma Programme 1 student at the Aga Khan Academy Mombasa, has channeled her energy into becoming an environmental activist, focusing on ways to better her environment while also keeping in mind the local community.
Copyright:
AKA
One of the first initiatives Cinzia undertook was her Year 10 personal project, a part of the Academy’s curriculum that allows students to collaborate with individuals in their local community in order to address an issue or challenge. Cinzia created an integrated farming system, combining a fish farm, chicken farm and maize farm, which was self-sufficient. Human efficiency would be maximised; the harvest timeline would be eradicated, and locals would be provided with an alternative – and more productive – way to get fish from the ocean.

Following the completion of her personal project, Cinzia was able to spread her message about the environment even further by speaking at the 2019 TEDxYouth event held at the Academy. In her talk, Cinzia spoke about the importance of fighting complacency in order for action to be taken toward the environment, while also discussing her personal project as a way of implementing a new agricultural system.

“This was one of the most thrilling and greatest memories I hold,” Cinzia said. “I was able to use my voice as a way to spread my opinions and ideas on what mattered to me to a group of people who were interested in listening. From this, my story was published in one of the nation’s newspapers, Business Daily, about my project, my TEDx talk and my future goals. This provided me with the opportunity to convey my message about environmental sustainability to a larger audience.” 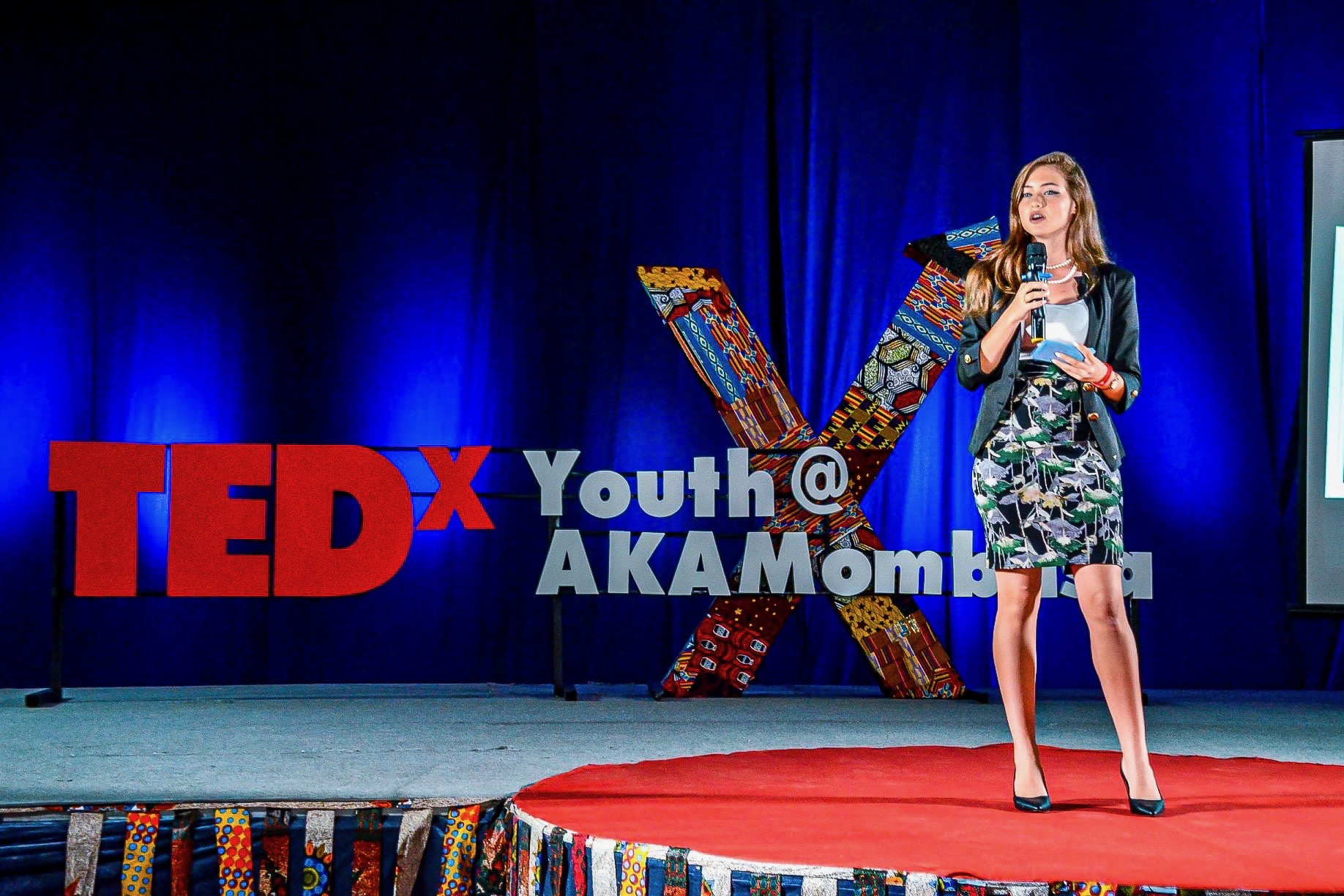 Cinzia speaking about the importance of fighting complacency in order for action to be taken toward the environment at the 2019 TEDxYouth Event at AKA Mombasa.
Copyright:
AKA

Cinzia has taken steps to further her goal and spread awareness about the environment. During the Academy’s annual Peace Summit, a two-day event that brought together students from the Academy and around Mombasa to discuss peace and conflict resolution, Cinzia was selected as the female student lead for the event. As it happened, the theme for this year’s Summit was “Climate Action for Peace”.

“The aim of the Summit was to take students through several thought-provoking and interactive activities to question their stand as activists for peace, linking this directly to the environment’s state,” Cinzia said. “From discussions on the dangers of rising sea levels, to water scarcity, to the impacts of desertification and drought, the students promoted the value of being environmentally conscious and reflecting on the actions of mankind.”

Spreading awareness about the environment through community service was also part of Cinzia’s activities. As part of the International Baccalaureate, Diploma Programme students have to create a community service group or be a part of an existing one.

“My friend and I created a community service project at the Academy called iSEAyou,” Cinzia said. “Our current goals include making use of polluted materials to create purchasable furniture and art, as well as promoting sustainable environmental development,” she says. Her goals include selling the furniture and art in ways that do not impinge on the economic standards of society.

As Cinzia decides what she wants to study when she goes to university, she said she would always be an environmental activist wherever she goes. She is forever grateful for those who have guided her to get to where she is, including the Academy. “I feel that no matter what career path I go into, it has become a joy to raise awareness on the environment and work towards more environmentally friendly systems in society,” Cinzia said.

This text was adapted from an article published on the Aga Khan Academy website. 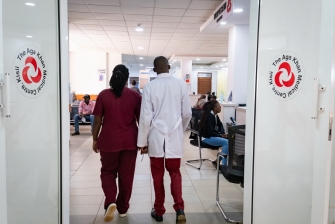 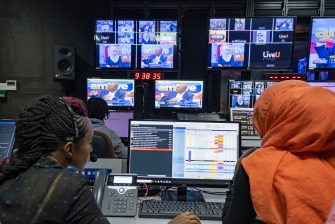 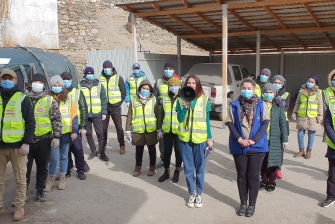