Whether it is more efficient smoke-free stoves in northern Pakistan, a hydroelectric plant in Uganda, cooling the buildings of the Aga Khan University in Karachi or installing a solar array at an Aga Khan Health Services-managed hospital in Afghanistan, good stewardship of the environment has always been one of the underlying ethics driving the Aga Khan Development Network (AKDN)’s work. Now, as AKDN redoubles its efforts to meet the climate change crisis, it is important to reflect on the decisions that have affected – and continue to affect – the environment. Amir Jivraj has been intimately involved with many of these projects along the way.

For example, Pakistan’s hot weather was a major influence on the design of the Aga Khan University Hospital in Karachi, which was designed and built in the 1970s and 1980s. His Highness the Aga Khan favoured the use of specially baked clay tiles – on roofs, facades and walkways – that fended off heat. According to one article, the tiles, water features and landscaping reduced temperatures a minimum of five degrees. Ornate and historically traditional clay “jaalis”, or screens, were also used to shade and cool corridors and porches. The University’s energy saving design has also inspired other projects, including Karachi airport, as well as many other famous buildings in Karachi, Islamabad and Lahore. And despite its special “green” characteristics, it was – and still is – a beautiful campus, and continues to attract many visitors. 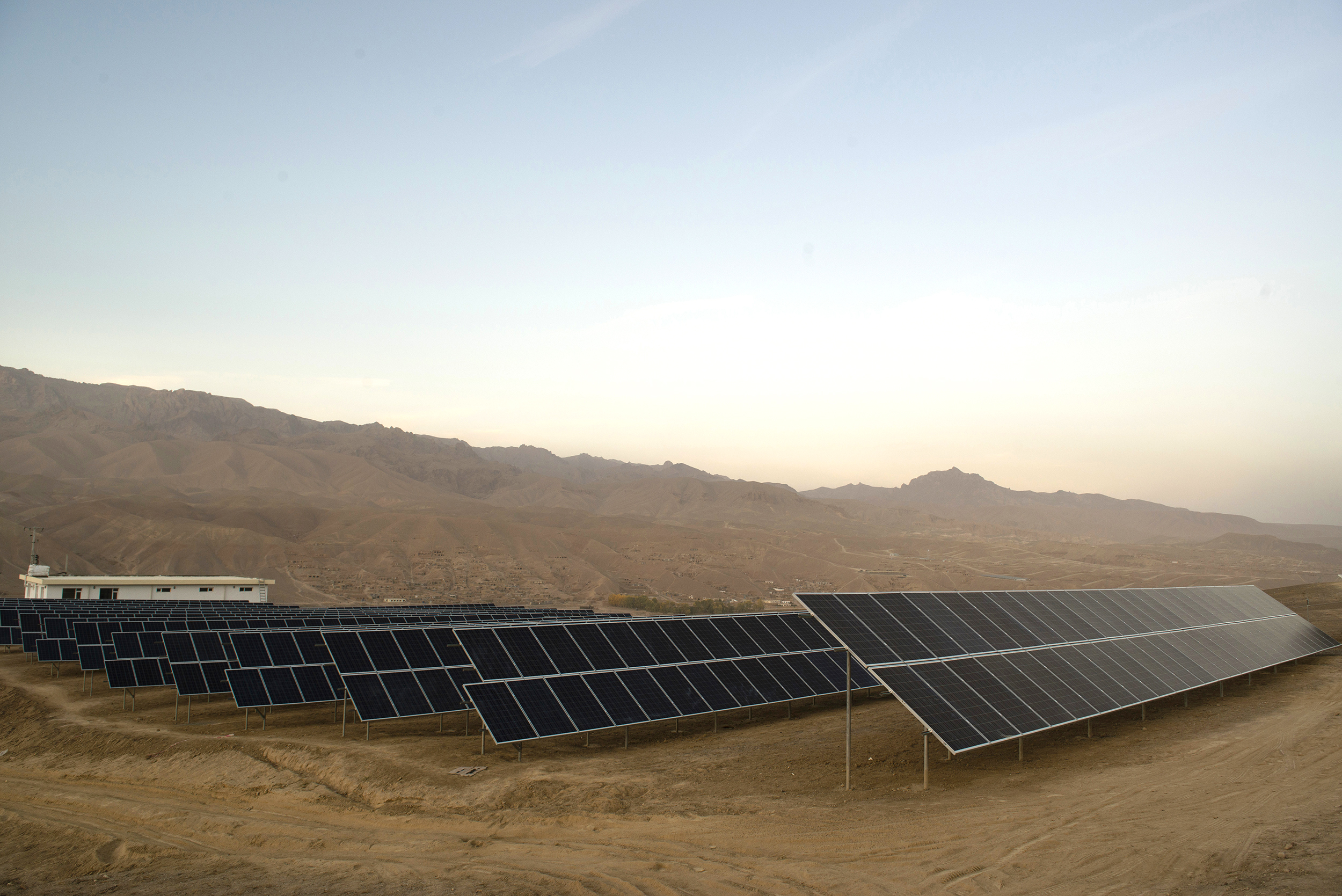 The 400-KW solar plant of the Bamyan Provincial Hospital in Afghanistan provides for the majority of the electricity supply for the Hospital.
Copyright:
AKDN / Kiana Hayeri

Amir Jivraj was also involved in the construction of the Bamyan Provincial Hospital, which the Aga Khan Agency for Habitat built and the Aga Khan Health Services operates in Bamyan, Afghanistan. Providing oversight during construction and the installation of a solar array and commissioning of the facility, he remarks that the Hospital is “an amazing building – an oasis in the middle of a desert!” He also points to the rammed earth technology used in construction as having “enormous insulation value” and that it “maintains internal temperature pretty much constantly, thereby reducing heating costs.” 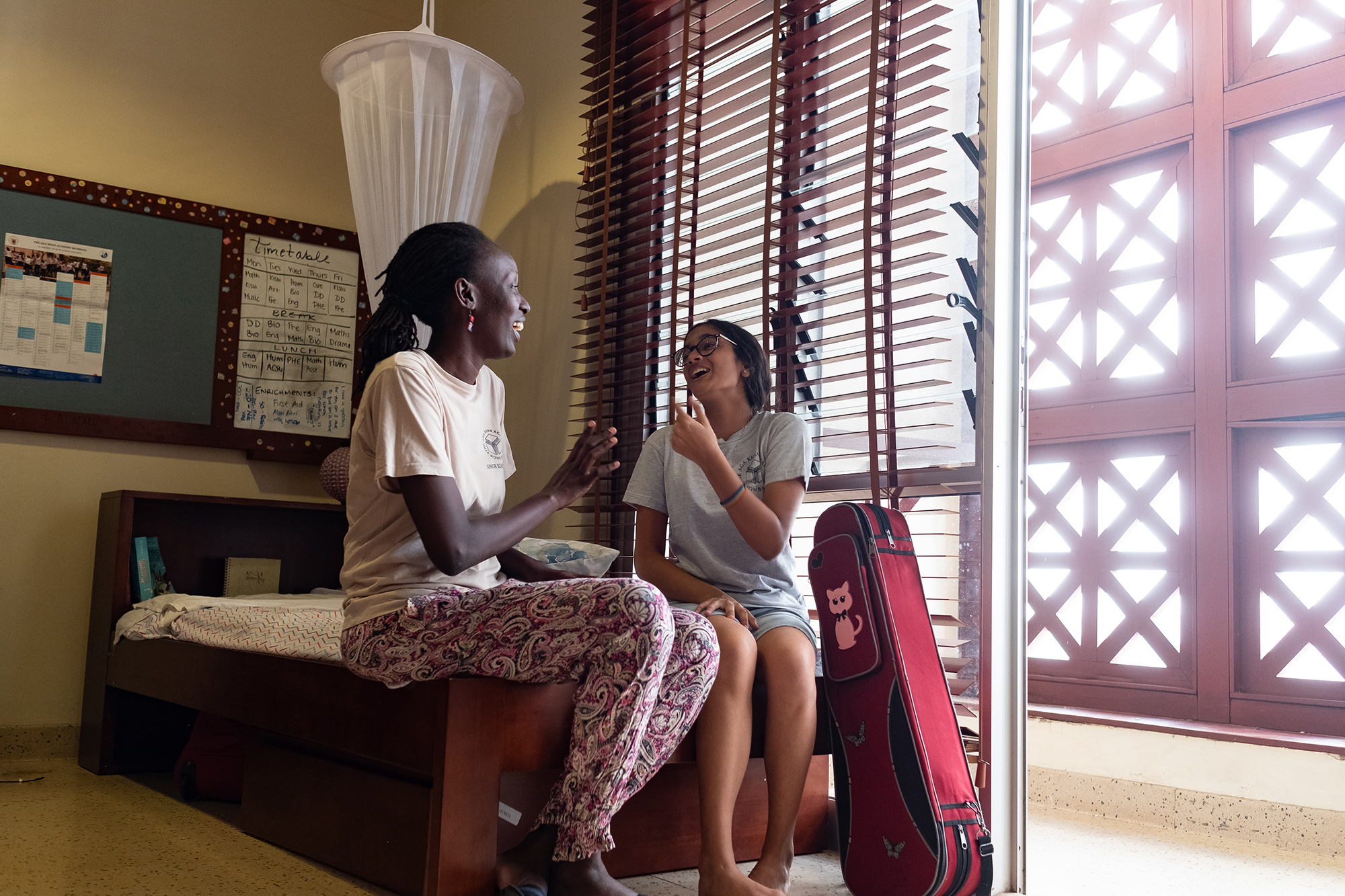 The Aga Khan Academy in Mombasa was another project on which Amir Jivraj helped manage the process of design and construction. The goal at the Academy was to use as little water and raw materials while cutting carbon emissions. Municipal water was in short supply. Well water was the only solution but the proximity to the ocean presented challenges for establishing a ready supply of potable water for domestic use and landscaping. Pioneering innovations in recycling water and well water management, alongside careful planting, helped alleviate the problem.

The Serena Hotel expansion in Islamabad, which was built between 2007-2009, also used energy-efficient technology. The design called for “mashrabiyas” – ornately screened box balconies that were traditionally built to provide privacy to women but also designed to store water in a cool and shady place. A roof garden hid the basement parking and provided insulation to the banquet halls. 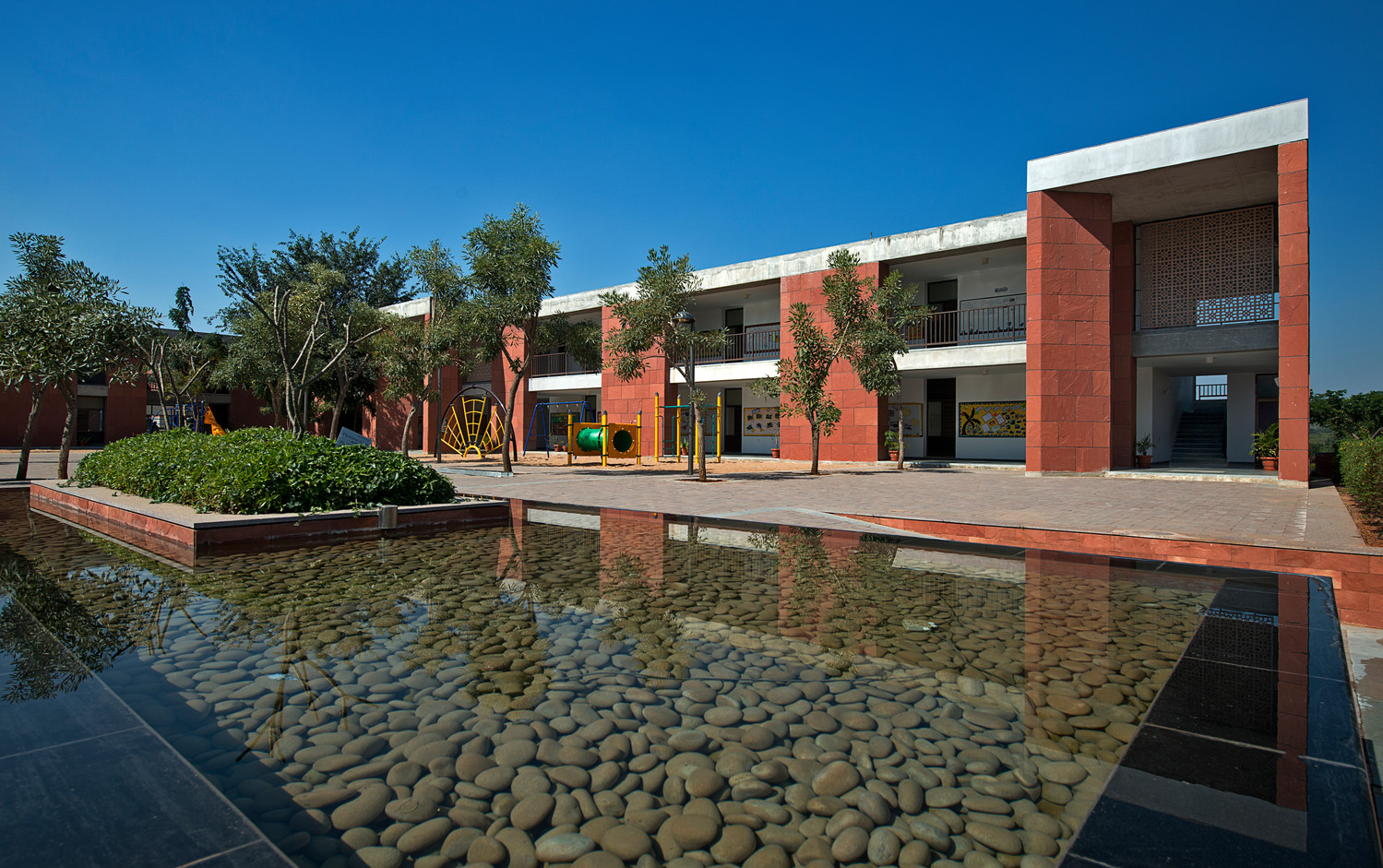 During the design of the Aga Khan Academy in Hyderabad, India, a lot of emphasis was placed on natural ventilation, landscaping and the use of “jaalis”.
Copyright:
AKDN / HCP Design

During the design of the Aga Khan Academy in Hyderabad, a lot of emphasis was placed on natural ventilation, landscaping and the use of “jaalis” once again. Externally, an area was cordoned off to retain the natural terrain and its ecosystem, which would later be used as part of the learning for the school. “This was very impressive,” remarks Amir Jivraj. An “air gap” between the stone façade and the brick construction dramatically increased insulation. The clay brick cladding was intelligently able to retain the quality of heat reflection, while removing the clay’s absorptive properties, thereby keeping the heat and damp out.

As the AKDN refocuses its energies on environmentally friendly solutions, it is looking at further reducing its climate impact. Amir Jivraj is working with the Aga Khan Hospitals, for example, to reduce the waste that comes from the normal operations of hospitals. “Reduction of waste is a challenge in hospitals,” he says. “They require proper management to ensure waste is appropriately segregated and dealt with accordingly.” Amir Jivraj points out that technology has improved as incineration and wastewater treatment plant equipment have become more efficient. “There was a time when this equipment was massive,” he says. “Now they are much smaller in size and much more efficient. The latest incinerator installation at Dar es Salaam gives out zero smoke and absolutely no odour.”

As AKDN creates green parks and greener buildings, it is looking at its own carbon footprint and taking measures to reduce its impact. By making significant changes – in not only the way it builds, but in the whole lifecycle of a product, a place or a building – it is hoped that a combination of human drive and the efficiencies brought about by technological change will help repair the planet. 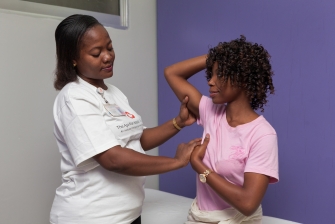