In creating and performing new work, artists affiliated with the Music Programme share a belief that tradition can serve as an invaluable compass for exploring new forms of creativity inspired, but not constrained, by the past.

Another major commission was the multimedia work Qyrq Qyz (Forty Girls), which premiered at Brooklyn Academy of Music in 2018. Qyrq Qyz, conceived and directed by filmmaker and visual artist Saodat Ismailova with music composed and arranged by Dmitri Yanov-Yanovsky, merged film, an original musical score, and traditional Central Asian bardic songs and instrumental pieces performed in a theatrical setting by eight on-stage musicians. Earlier music commissioning and creation projects included new compositions and arrangements that appear on the 10-volume CD-DVD anthology Music of Central Asia, co-produced and released worldwide by Smithsonian Folkways Recordings between 2005-2012 and a body of work arranged and performed by Kronos Quartet and Trio Da Kali, a group from Mali, which was released on the CD Ladilikan (World Circuit Records, 2017). 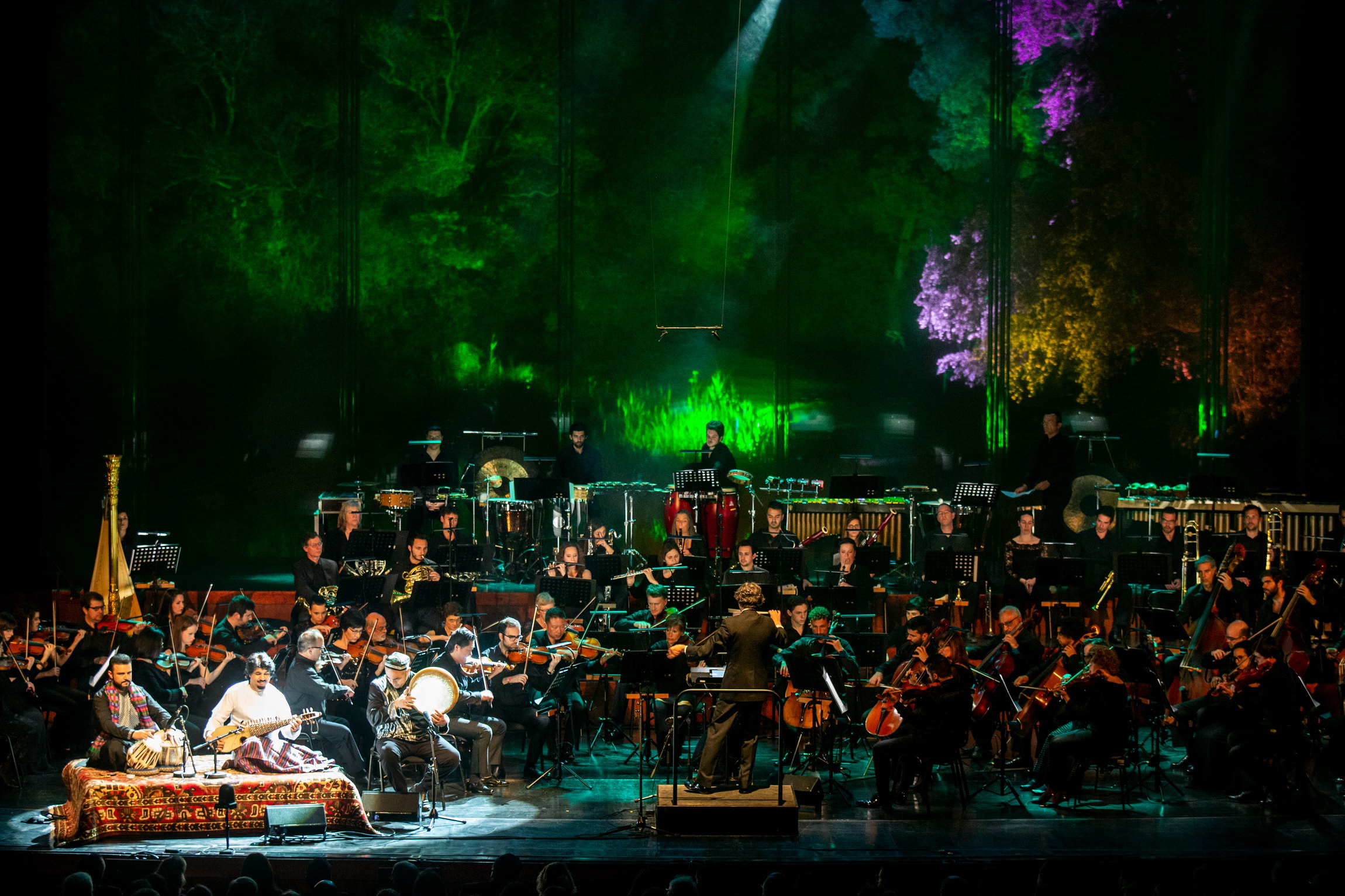 Performance venues are selected with the aim of reaching audiences of diverse profiles and age groups, and presentation formats are designed to contextualise performers and their music within a broad cultural frame. Short documentary films screened at the start of a concert, supertitles with translations of song lyrics, live video feed displaying close-up images of musicians and their instruments, and video scenography projected on large panels are among the visual aids that have enhanced performances curated and co-produced by the Music Initiative.

Concert programmes continually change, and may include traditional musical styles, genres, and repertoires as well as newly created and arranged works that draw inspiration from tradition but are expressed in contemporary musical languages.

As the Music Programme’s artist roster broadens to include artists rooted in the music of China, Egypt, Iran, Mali, Syria, and Tunisia alongside an older cohort from Central Eurasia, interregional artistic collaborations have come to play an increasingly important role in international performance and outreach.

The Aga Khan Master Musicians (AKMM) is a sextet whose members are drawn from the top ranks of the distinguished artist roster assembled, cultivated, and curated by the Aga Khan Music Initiative over the last seventeen years. AKMM is:

AKMM creates music inspired by its members’ deep roots in the cultures of the Middle East and Mediterranean Basin, South Asia, Central Asia, and China. Brought together by the Aga Khan Music Programme to explore how musical innovation can contribute to the revitalisation of cultural heritage, the Master Musicians are venerated performers and composer-arrangers who appear on the world’s most prestigious stages while also serving as preeminent teachers, mentors, and curators. Each of these exceptional artists has achieved mastery within a rigorous musical tradition defined by canonical styles, repertoires, pedagogy, and performance techniques. At the same time, they share a belief that tradition can serve as an invaluable compass for an artistic search into new forms of creativity inspired, but not constrained, by the past. This search has led to a strikingly original body of work composed, arranged, and performed by the Master Musicians, often joined by distinguished guests. Recent concerts have featured Kronos Quartet, Malian ngoni virtuoso Bassekou Kouyaté, and the Lisbon-based Gulbenkian Orchestra. 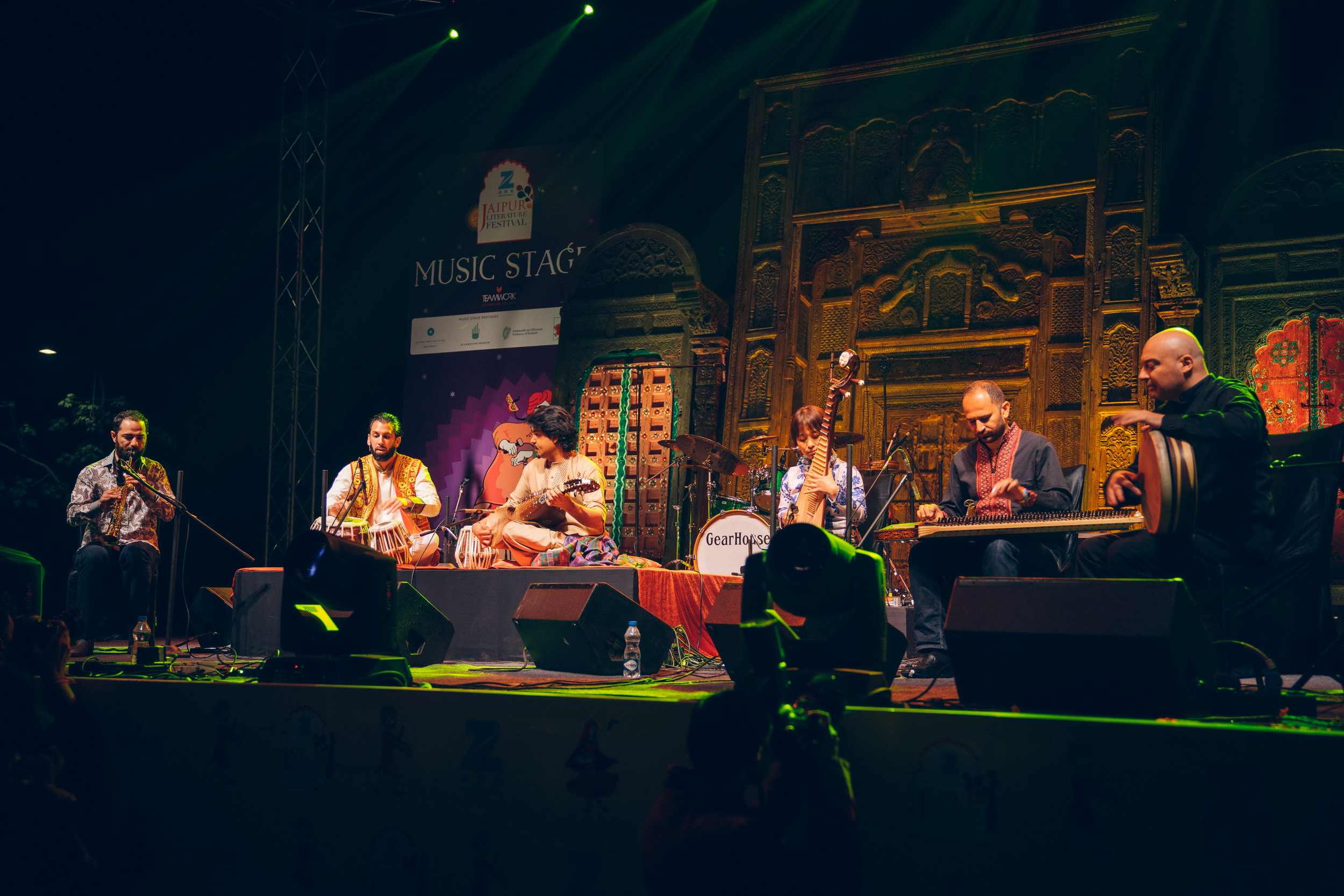 Artist-in-Residence and workshop programmes link the Music Programme’s educational mission to its curatorial expertise. Frequently organised in conjunction with a formal concert, workshops and residencies invite college and university students to interact directly with musicians from the Music Programme’s artist roster in intimate classroom settings and hands-on creative workshops. Facilitated by teacher-curators who serve as intermediaries between musicians and students, residency programmes offer an exceptional opportunity to explore fundamental questions about musical creativity within culture-specific artistic languages and forms as well as across cultures.

Workshops and residencies simultaneously strengthen students’ understanding of music and poetry from the Muslim world and offer a strong creative stimulus to the musicians who present them, frequently leading to ideas for new forms of presentation, and new work. Residencies and workshops supported by the Music Programme have been presented at leading colleges and universities in Europe and North America, including Brandeis, Columbia, Dartmouth, Harvard, SOAS, Stanford, and Wesleyan, among others.