About the Aga Khan Fund for Economic Development

About the Aga Khan Fund for Economic Development

As an international development agency dedicated to promoting entrepreneurship and building economically sound enterprises in the developing world, the Aga Khan Fund for Economic Development (AKFED) often works in parts of the world that lack sufficient foreign direct investment.  AKFED operates as a network of affiliates with more than 90 separate project companies employing over 65,000 people.  In 2019, it had revenues of US$3.8 billion.

For more than 75 years, AKFED has made investments and operated companies in the developing nations of Africa, South Asia and Central Asia.  The Fund is active in 18 countries in the developing world: Afghanistan, Bangladesh, Burkina Faso, Burundi, the Democratic Republic of the Congo, India, Ivory Coast, Kenya, Kyrgyz Republic, Mali, Mozambique, Pakistan, Rwanda, Senegal, Syria, Tajikistan, Tanzania and Uganda.  AKFED seeks to create profitable, sustainable enterprises through long-term investments that result in strong equity positions.  This in turn allows AKFED to take a “hands-on” approach by providing managerial and technical expertise.  Profits generated by the Fund are reinvested in other economic development initiatives under the AKFED umbrella.

AKFED also works with governments to help promote the creation of enabling legal and fiscal structures that encourage the growth of the private sector.  At the invitation of several governments, AKFED has helped critical industries to make the transition to market economies through the privatisation process.  These include industries such as banking, power generation, tourism, manufacturing and the agricultural sector, in countries as varied as Uganda, Tajikistan, Pakistan and Afghanistan.

AKFED’s approach emphasises the development of local human resources over time, including managerial, technical, marketing and financial skills.  Other characteristics of this approach include providing essential seed capital to launch projects in those sectors and countries where attracting investment is difficult.

AKFED takes a long-term view in order to build viable, self-sustaining and profitable companies. It also participates in the management of companies in which it invests with the aim of preparing companies for broader ownership by local interests. 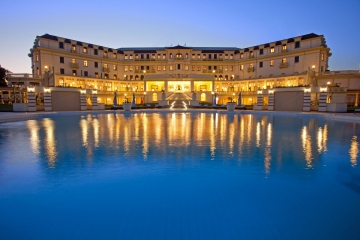