The Aga Khan Foundation has been training savings groups for decades, starting with Rural Support Programs and most recently in the form of Community Based Savings Groups (CBSGs).  However, scale is inhibited by implementation cost (an average of US$30 per member globally), given that CBSG is an entirely donor-dependent activity.  Further, in Tanzania, where AKF has its largest CBSG program, the risk of cash theft is a growing issue.

In 2016, in order to scale faster and eliminate the risk of cash theft, AKF began testing a new Digital Savings Group (DSG) offering with experienced CBGSs in Southern Tanzania.  The DSG platform was designed by AKF with the facilitation from Bankable Frontier Associates.  It was developed, and is temporarily hosted by Selcom, a Tanzanian technology company and payments aggregator.  Financial Sector Deepening Trust provided the financial support to build and test the DSG solution.

DSGs have 15-30 members and operate over a 40-60 week cycle, after which they must liquidate their savings and profits.  Operations are entirely cashless and paperless, and members of DSGs can save whenever they like, with no maximum limit to the amount.  Members can request loans during meetings, which occur every two weeks.  Loans can be taken for up to 12 weeks, at a cost established by the group itself. 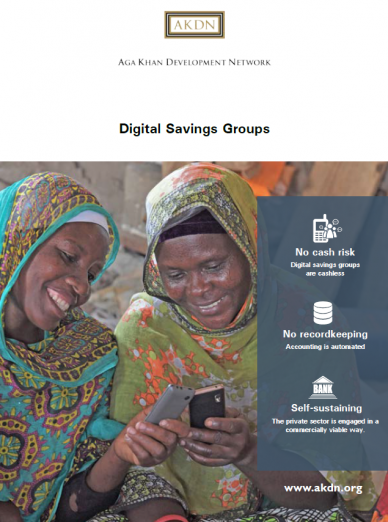 Most importantly, DSGs are a physical group, rather than a virtual group.  The presence of a mutual support group has significant implications for extending outreach to users at the bottom of the pyramid.

DSG members pay a user fee for access to the DSG platform, which is a shared software service (SaaS).  By saving digitally, members avoid the risk of cash theft, as well as the inconvenience of cash counting and recordkeeping.  They also meet half as often freeing up time for other activities.  DSGs will be far cheaper to train than cash-based CBSGs.

DSGs can be implemented with both USSD and application interfaces, and will support digital finance ecosystem development by encouraging mobile wallet uptake and the use of complimentary digital financial services.  Very critically, DSGs can supporting the mobilisation and training of late adopters of technology through peer-to-peer interaction. 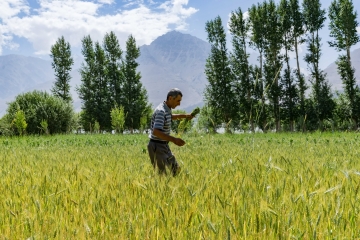 Agriculture and food security around the world