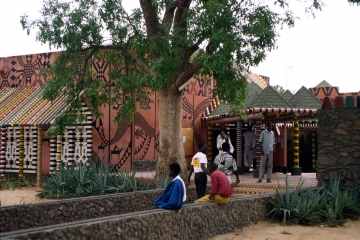 Built to house the Alliance Française, and to provide the provincial town of Kaolack with much needed library space, meeting areas, and classrooms, as well as performance and entertainment areas, the mission of the Franco-Sénégalaise Cultural Centre is to promote knowledge and understanding of the French language and culture. Its architect, Patrick Dujarric, grouped the various functional spaces of the institution on varied levels in a 3,212 square meter rectangular space whose built area covers only 750 square meters, thereby allotting generous space for outdoor activity. 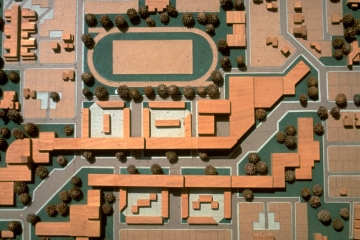 Aranya, 6 kilometres from Indore, will eventually house a total population of 60,000 in 6500 dwellings, on a net planning area of 85 hectares. The master plan, prepared by the Vastu-Shilpa Foundation in 1983, is designed around a central spine comprising the business district. Six sectors, each with populations of 7000-12,000, lie to the east and west of the spine and are diagonally bisected by linear parks. Ten houses, each with a courtyard at the back, form a cluster that opens onto a street. Internal streets and squares are paved. 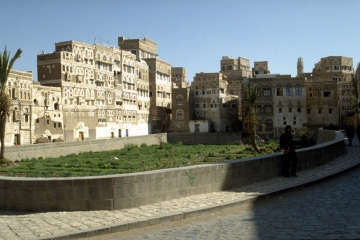 Since its founding 2,000 years ago, Sana'a has been a major trading centre for south-eastern Arabia. Once a seat of government for the early Islamic caliphs, it is today the capital city of Yemen. Typical houses in Sana'a rise to as many as nine stories. The lower levels are usually built of stone, and the upper ones of lighter brick. The windows are outlined in white gypsum and have fan lights of alabaster or coloured glass held in gypsum tracery. 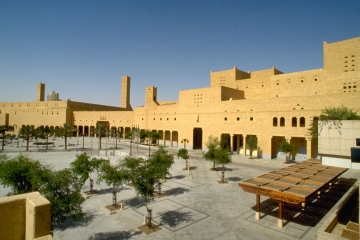 The Great Mosque of Riyadh and the urban development of nearby public squares, gates, towers, parts of the old wall, streets, and commercial facilities, comprise the second phase of a master plan to revitalise the Qasr al Hokm district, the old centre of Riyadh. (The governorate complex, and the municipality and police headquarters were completed in the first phase.) For the new work, architect Rasem Badran has recreated and transformed the spatial character of the local Najdi architectural idiom without directly copying it. 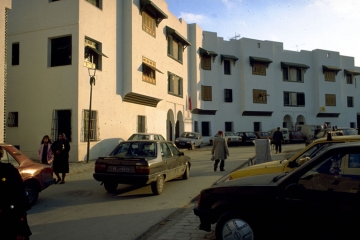 The project involves area restructuring, upgrading of existing public services, improvement of pedestrian and vehicular access, the re-construction of housing and commercial facilities, and the rehabilitation of existing structures. 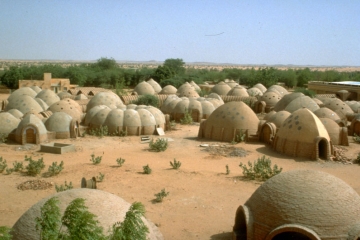 Kaedi is located in a remote sector of Mauritania, near the border of Senegal. Its hospital serves a rural population. The extension adds 120 beds to the hospital, an operating theatre complex, paediatric, surgical and ophthalmic departments, a maternity and general medical unit, a laundry, kitchens, storerooms, a garage, and a workshop. 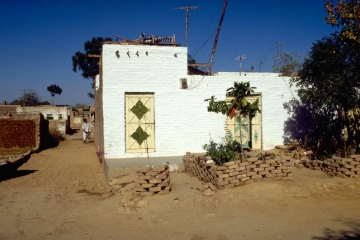 Development scheme to provide shelter to the extreme urban poor, while dealing with the problem of speculation. Residents pool their resources and buy services and amenities in blocks, and gradually upgrade their shelter towards permanence. 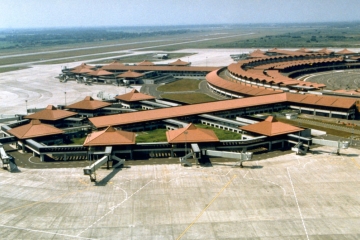 Development of the Indonesian economy, with the consequent growth in air traffic, required the government to increase the size of its international/domestic airport by adding a second terminal, raising its total capacity to 18 million passengers. Terminal II is very similar to Terminal I, completed in 1985, both having been designed by Paul Andreu, and based on the premise that unlike most contemporary airports, Indonesia's should reflect the culture and traditions of the country. 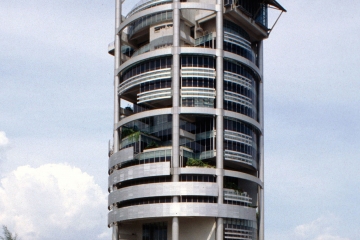 Menara Mesiniaga is the IBM headquarters in Subang Jaya near Kuala Lumpur. It is a high-tech, 15-storey corporate showcase on a convenient and visually prominent corner site. The singular appearance of this moderately tall tower is the result of architect Kenneth Yeang's ten-year research into bio-climatic principles for the design of medium-to-tall buildings. 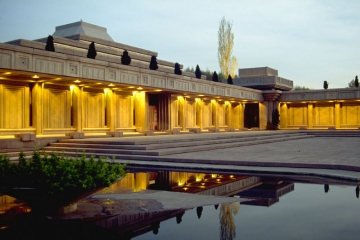 Mosque of the Grand National Assembly

Situated at the end of an axis generated by the symmetry of the National Assembly, the mosque forgoes the usual architectural vocabulary for this building type. It is a low structure, with a stepped pyramidal roof, and a fully glazed qibla wall. 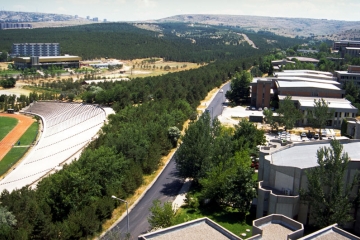 Preliminary planning for the Middle East Technical University (METU) re-forestation and landscaping programme began in 1958 in response to two major incentives. First, the Turkish capital of Ankara suffers from heavy air pollution. Second, support for a green zone next to Ankara exists in the provision by Turkish law that forest land cannot be expropriated. Since METU was established on land donated by the Turkish government, 4500 hectares of the campus were available for this public purpose. 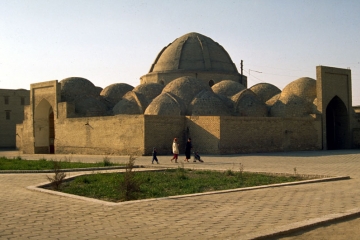 The old city of Bukhara was founded 2,500 years ago. Within its ancient city walls and gates are 500 standing monuments: they include 24 madrasas, 48 mosques, 14 caravanserais, 9 mausoleums, 4 trading domes, the Ark citadel, and many hammams, old houses, and canals. The restoration programme began in the late 1960's under the USSR, and has been continued by Uzbekistan since its independence in 1990. The primary aim is to conserve the major monuments and landmarks in the centre of the old city, and to re-integrate them into the life of the bordering districts. 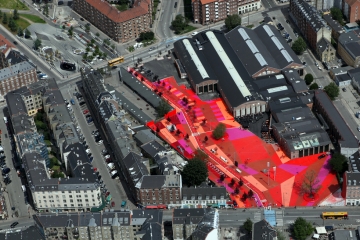